The Capital City of Anambra State, Awka, has only one pedestrian bridge through which pedestrians cross to either side of Nnamdi Azikiwe University, Unizik, Junction axis of the Enugu-Onitsha Express Way.

The bridge, estimated to carry more than five thousand human legs on a daily basis, however, not only serves as a shop to traders, but also home to dawn to dusk beggars. The traders have particularly turned the bridge into a mini market, with all types of goods on display.

The traders have taken one side of the bridge, portion by portion, to display their goods while beggars have taken the other side as their place of abode. 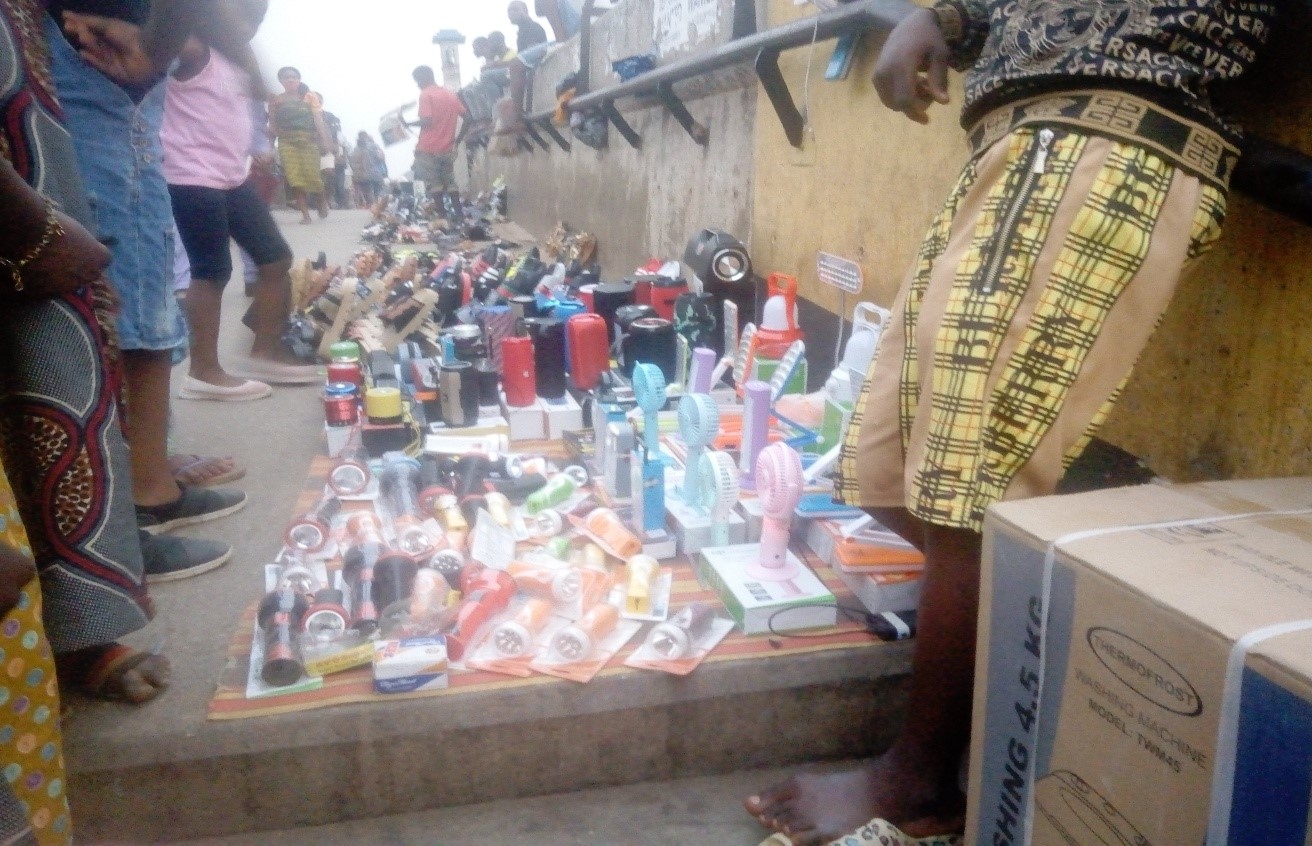 Some of the goods displayed at the pedestrian bridge at the popular Unizik Junction, Awka

In the rush hours of the morning or evening, people carefully navigate their way to avoid stepping on the traders’ goods or walking over the beggars.

Mr James Ekpoga, one of those who use the bridge, told Fides that it was difficult to pass through the bridge in the evening because of the flow, and that spaces meant for pedestrians to walk on had been occupied by the traders.

He complained that the traders had occupied all the spaces, thus making the bridge congested.

‘I wonder why the Anambra State Government has not made any effort to bring sanity to this bridge,’ he lamented.

Mrs Juliet Anataogu who sells fruits at the bridge, said she stayed there because of the massive sales she made, compared to when she was at Eke Awka.

She also said that they paid only fifty Naira, unlike at Eke Awka where she paid heavily to different unions and ended up not selling anything

Anataogu however decried what she described as the harassment by officials of the Operation Clean and Healthy Anambra (OCHA Brigade), who she accused of disrupting activities on the bridge, even after paying fifty Naira to the government.

Another trader who deals on foot wears who gave her name as Peace Simon, told Fides that she operated on the bridge based on rent and that she displayed her goods there because she had paid the rent for her position to those she called Awka Youths.

‘I did not come here to stay on my own. I paid the sum of Ten thousand Naira to get the position, while I pay one thousand five hundred Naira every month to same people.

‘To get a position here is not easy, so I never regretted any amount I paid here because I am making it,’ she said

When investigated, Fides gathered that some of the traders at the bridge pay rent, depending on how strategic their position was or how connected the occupant is.

They were also instructed not to speak to anybody concerning the specific amount they pay or who they pay to as efforts to get more reactions from the traders proved futile.

Several efforts were made to get the reaction of the Managing Director and the Chief Superintendent of OCHA Brigade on this issue, through phone calls, but nothing came out of them. At one time when he picked, he said tersely that he was unavailable, while at another time he said he was at a meeting and cut the call.