In a bid to prepare Catholic Faithful within Ekwulobia Community and its environs effectively for the 2019 Easter celebration, the Catholic Youth Organization of Nigeria, St. Joseph’s Pro Cathedral Ekwulobia on Good Friday, April 19, 2019 embarked on dramatization of Christ’s Passion.

Fides gathered that the drama was carried out in order to bring to reality the passion which Christ experienced over 2000 years ago, to the sober reflection and self -examination of the parishioners among others.

The 8th edition of the dramatization of the passion of Christ at St. Joseph’s Pro Cathedral, Ekwulobia, served as a means of conversion for many souls who were living in sin and brought to the lay faithful the first- hand experience of the suffering and agony which Christ went through, starting at the Garden of Gethsemane.

Speaking to Fides, the parish Priest, St. Joseph’s Pro Cathedral, Ekwulobia, Rev. Fr. Ignatius Onwuatuegwu, said the dramatization was aimed at increasing people’s understanding about the Stations of the Cross and to demonstrate to the conviction of all, the depth of Christ’s love for his people which was the major reason why he accepted to die on the cross for the salvation of mankind. He described the Lenten season as a special time in the life of every Catholic, saying that Tridium was the hallmark of Christian faith. He said that Christianity was birthed on the Good Friday while its inauguration came on the Pentecost Day.

Fr. Onwuatuegwu who is the Episcopal Vicar of Ekwulobia Region, praised the CYON members of the parish for initiating the idea and commended them for sustaining the initiative. He identified the youth as a formidable force which must be reckoned with in the society, as they possess the energy and life wire required for the transformation of the society. He maintained that the youths must be directed properly in order to harness their full potentials and prevent them from committing havocs in the society. He called on them to contribute qualitatively towards the development of the society and also charged them to always engage in useful ventures.

Speaking to Fides after the dramatization of Christ’s passion, the CYON President, Mr. Paulinus Ike, said that the drama was to showcase the passion of Christ as a way of evangelizing and opined that it would lead to conversion of sinners. He thanked God for making the drama a successful one and commended the characters for the marvelous way they acted out the script.

On his part, Mr. Valentine Ikechukwu Nzekwasili, who played the role of Christ said it was a great honour given to him by the parish. He described the rehearsal period as a very difficult and tasking moment in his life. He maintained that assuming the role of Christ even for a minute required great preparation, saying that he fasted and prayed for God to use him and tell people what he passed through at Calvary. He disclosed that the drama wasn’t an ordinary one as it brought sober reflections to all that participated. He said that the drama had brought lots of positive transformations in his life. 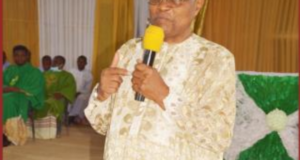 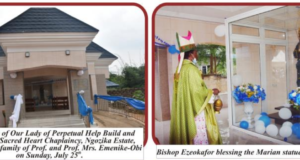 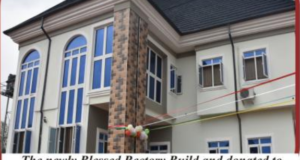