PARTIES TO AN OFFENCE

In the commission of an offence, several persons may be involved, directly or indirectly. Alas, many persons may not know how or to what extent they become a party to a crime. Under the Criminal Code, there are two classes of offenders , the principal offenders and accessory after fact.

In the list of principal offenders, there are those who actually do or make the omission which constitutes the offence. An example is the one who slaps another thereby commits assault, or the head of the family who fails to provide the necessaries of life for a child under the age of fourteen contrary to Section 301 of the Criminal Code. 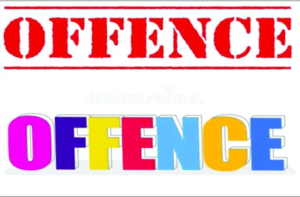 Apart from proof of intention on the part of the person who procured or counselled the innocent doer, words alone are adequate for criminal liability. Again, if an accused person has counselled or procured the commission of an offence, it does not matter if he was not physically present at the commission of the offence by his confederates or that it was committed on a day different from the one he contemplated.

There is also a class consisting of those who do or omit to do an act to enable or help another person to commit an offence. To be a principal offender, the act of assistance must be given before the commission of the offence.

However, mere presence at the scene of the crime without more does not make a person a party to an offence. According to the court in Azumah v R (10, 50) 13 WACA 87, a person must be purposefully facilitating the commission of a crime by their presence before they can be regard as an accomplice.

It is also the law that where two or more persons form a common intention to prosecute an unlawful purpose in conjunction with one another and in prosecution of such purpose, an offence is committed of such a nature that its commission was a probable consequence of the prosecution of such purpose, each of them is deemed to have committed the offence. 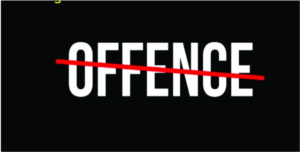 If two persons agree to rob a house, and in the process, one of them kills anyone therein, both will be charged for murder. This is because murder is a probable consequence of robbery, and it does not matter that it was just one of them who fired the shot.

Accessory After the Fact

As an exception, a wife is not an accessory after the fact if she assists her husband to escape punishment and the husband is not also liable for assisting his wife. This is due to emotions such as love, fear or compassion which may make the partner to render such assistance. However, this is available only to husbands and wives of a Christian marriage.