Despite the directive by the Anambra State Government to workers to fully resume work on Mondays, Fides reports that the directive has not fully been complied with, Mmaduabuchi Onwumelu, Chioma Ndife and Isdore Ndubisi report.

Gov Chukwuma Soludo had, among other first actions he took after his inauguration, ordered the state’s workers to fully resume work on Mondays which have for some time now been observed as Ghost Mondays sequel to the proclamation of pro-Biafra groups that no one should come out for business on such days until their leader, Nnamdi Kanu, was released from detention..

Indeed, violence and killings have often trailed such days, further instilling fear in people, many of whom now observe the agitators’ order out of fear. It is a development that has been impacting negatively on the economy of the entire South East Zone where the ghost Monday phenomenon has been going on.

But Soludo, worried by that, moved to address that by ordering workers back to work on Mondays, just as he directed the opening of markets and parks from next Monday. 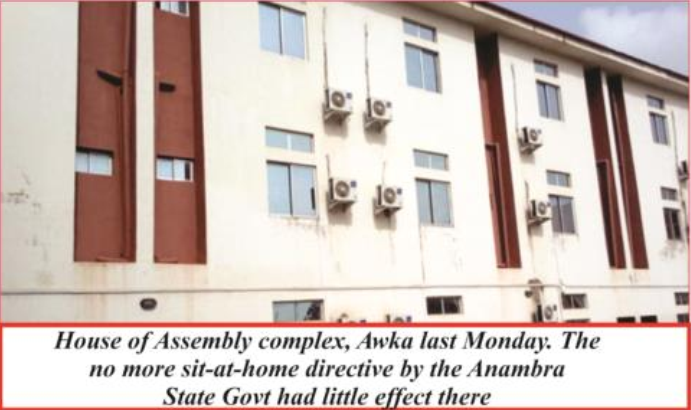 But Fides checks last Monday revealed that workers in the state seem yet afraid of venturing out on Mondays as partial compliance was recorded across various government establishments, in Awka, the Anambra State Capital.

When Fides visited Anambra State Basic Education Board (ASUBEB), Awka between 8 and 10am, many offices were under lock and key with few workers stationed within the premises and planning to head home after putting down their names.

A female staff who spoke to Fides on condition of anonymity said she was tired of sitting at home, noting that there were others who shared the same view with her but were afraid to come out for fear of possible attack.

According to her, workers needed to be assured and convinced by Gov Soludo that no harm whatsoever would befall them as they report to duty on Mondays, adding that for the directive to be effective there was need for adequate stakeholders’ meeting and proper consultation.

‘We need to see measures in place towards curbing insecurity in the state. My colleagues are afraid to come to work. Once they are convinced, you’ll see them in their numbers on Mondays. Nobody wants to die because of “Olu Oyibo” (Government work),’ She said.

The case was the same at Anambra State House of Assembly (ASHA) as about 11 workers were seen outside their offices chatting in groups.

Speaking to Fides one of the staff members, name withheld, bluntly said the governor and Head of Service should lead by example, saying that she expected a visit of the governor to various government establishments as early as 8 o’clock to instill fear on those who flouted the order, noting that with what she had seen that Monday she would not be around the next Monday.

‘You can see that here is deserted. Let the Head of Service form a very secretive patrol and monitoring team that will be moving around, checking on absentees and then meting out appropriate sanctions. 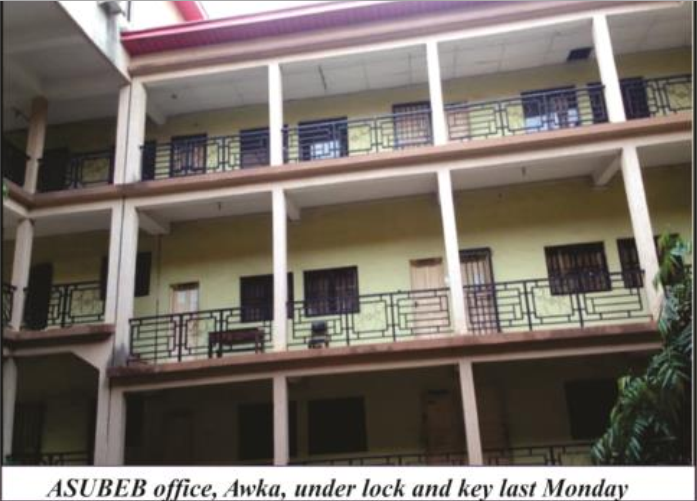 ‘They should be there 5 minutes to 8 o’clock to write down names of those on ground. It is not going to be a one-off thing; it should be a routine thing. It is not enough to give an order. You must back it up with action,’ she submitted.

A similar scenario also played out at Adult and Non Formal Education office. Speaking to Fides, the Head of Department of Administration, Mr Nwafor Olisaemeka Stephen, enjoined his colleagues to heed the governor’s warning by reporting to work on Mondays, saying that they were taking down names of the few who reported to work.

‘No doubt, the state is losing a lot because of this matter. We should brace up. I’m here today and I want others to follow suit,’ Olisaemeka concluded.

At Chukwuemeka Odumegwu Ojukwu University Teaching Hospital (COOUTH), Amaku, Awka, many workers were not on seat, while many offices were locked.

Reacting, one of the workers at the hospital who pleaded anonymity, attributed the absence to duty by her colleagues to fear of the unknown.

Her words, ‘Today’s own (sit-at-home) di egwu oo.  You and that your governor, please be very careful o. As usual, I’m in the office now.

The office is empty oo. Very empty unlike before,’ she stated.

At the Ministry of Lands and Physical Planning, the scenario was much the same as in other places as only a handful of workers showed up for work as at 9am. It was also the same experience at office of the Auditor General for Local Governments.

The situation was no different from the offices of the Anambra State Bureau of Statistics; the Head of Service, Staff Development Centre and the Ministry of Youth Development and Empowerment, where pockets of staff members were either seen walking into the premises or loitering.

The Anambra State Civil Service Commission and Local Government Service Commission’s premises also witnessed staff still trooping in as at the time of filing in this report, and the situation at the office of the deputy governor, State Boundary Committee, was no different.

At Anambra State Civil Service Commission, a member of staff who did not want her name in print said, ‘Our director is not around and you can’t expect to meet the director today. Today is Monday and that’s how it is in all eastern states,’ she said.

However, it was gathered that the Director of Anambra State Universal Basic Education Board (ASUBEB) resumed work but an insignificant number of workers was noticed within the premises.

The State Secretariat which Fides visited around 9.30am seemed deserted and abandoned. However Fides sighted a few official vehicles belonging to some top permanent secretaries and officials.

Also the coaster buses that usually convey workers to work from their different locations were seen parked at their usual spot as the drivers did not report to work.

Most streets within Awka on the said Monday were empty with, no commercial vehicle operating.

Speaking to Fides, a civil servant who pleaded anonymity, said he could not report to work on Mondays for the fear of the unknown, noting that no one would take care of his family if the unexpected happened.

If what was seen last Monday is anything to go by, it seems the government has more to do to convince the workers to venture out.