It has been  a dream come true for Mrs Maria Disslbacher, 85 year old Austrian National as the Paediatric Ward she built with her entire life savings in her pursuit to contribute to charity to African Nations is today May, 12,2021 commissioned and blessed by the  Catholic Bishop of Diocese, Ekwulobia, CADEK, Most Rev Peter Ebere Okpaleke, the sole proprietor of St Ralphael’s Catholic Hospital, Igboukwu where the newly built magnificent edifice is situated. 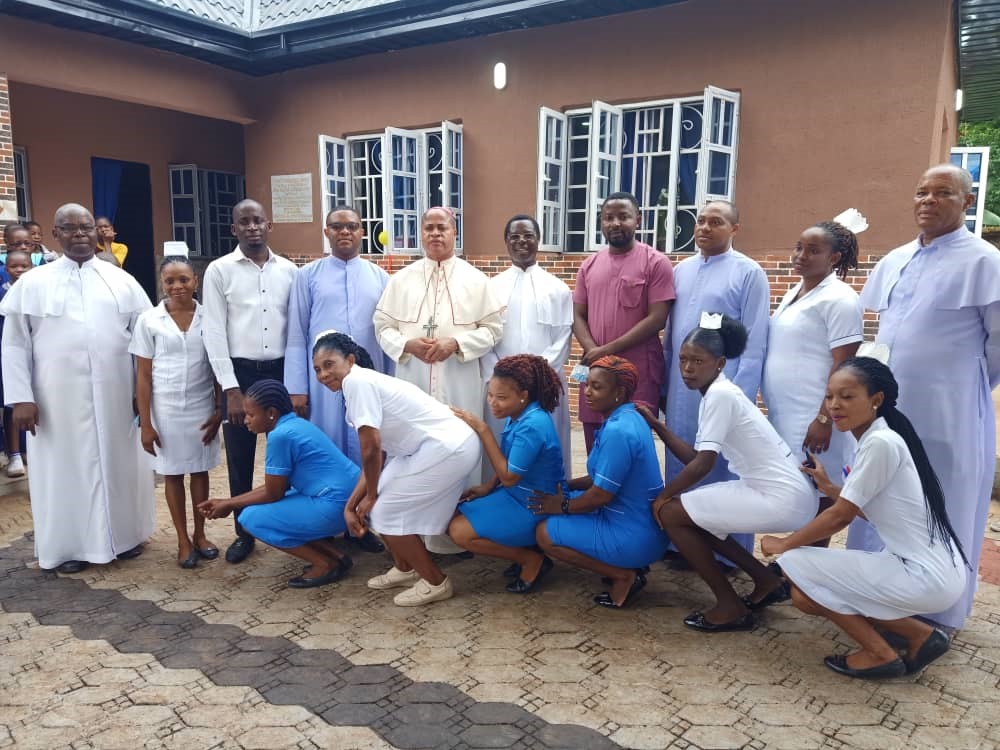 In a formal handover ceremony of the keys of the ultra modern ward to the Bishop of the Diocese, the priest through whose instrumentality and friendship with the donor that the project saw the light of the day, Very Rev Fr Anthony Ejeziem, a priest of CADEK working in Austria expressed immense gratitude to the Bishop for helping to suggest the best place the project will benefit the Diocese more while leading and giving instructions at every stage of the construction and making out time today to officially receive and bless it for use.

He appreciated his family members, the Ejeziems’ for their  steadfast supports at each step of the way,the Diocesean projects director Fr Jude Mbanefo for speedy delivery and completion of the work as scheduled. He stated that the donor, Mrs Maria Disslbacher is a devoted  Catholic whose faith is without questions because she is also a parishioner at where he is working at Austria, who is not wealthy by any human standards but was simply saving money from her meagre profits with the intention of contributing  positively to charity in any African Nation.

He noted that the project was billed to take about six million naira on completion initially but when the work started and with the desire to make itssurroundings worth it, it eventually gulped #17 million Naira even as he thanked God for his graces and appreciated all the priests, staff of the hospital and lay faithful who graced the occasion.

In his speech, the Bishop of CADEK, Most Rev Peter Ebere Okpaleke while commending the exceptional generosity, faith,love and examplary philanthropy of Mrs Maria Disslbacher in building and equipping the modern paediatric ward for use by children of the Diocese in particular and Africa in general, called on the well meaning sons and daughters of Igboukwu town and the Diocese at large to emulate her wonderful gesture and replicate same in many areas in the lives of the people where they will be needed in the advancement and promotion of integral human Developments. 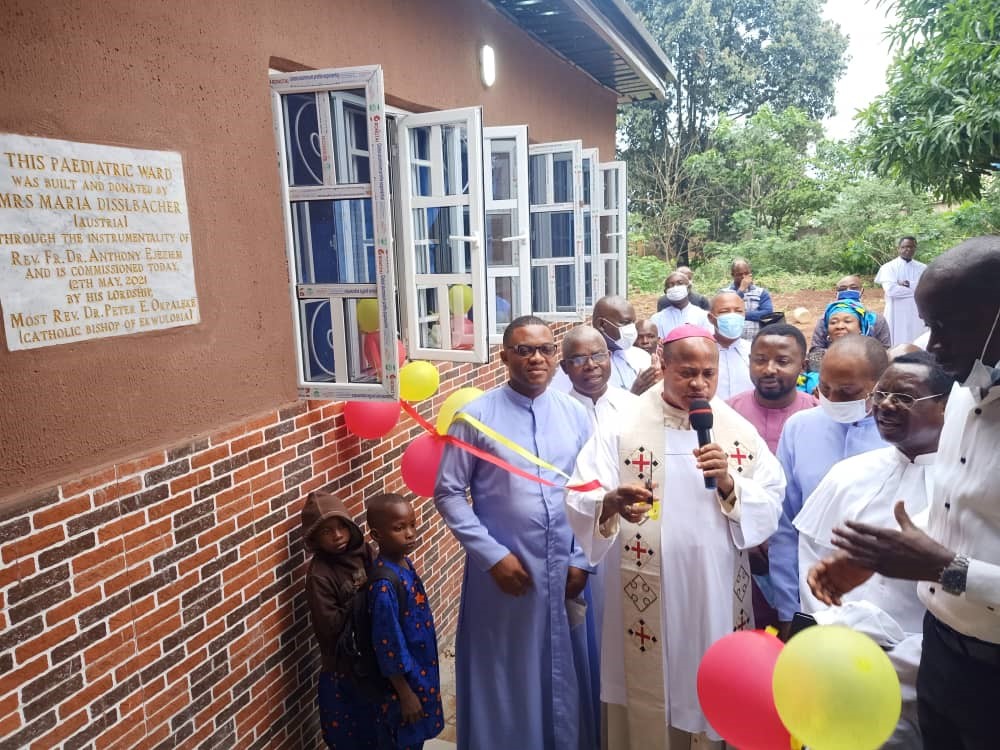 The Bishop also exhorted members of the public to always bring their children and all sick people to the hospital for proper medical care, evaluation and treatment. He maintained that the hospital has now a resident doctor who is at the service of the people twenty four hours a day with functional nurses and staff.He assured them of   efficient laboratoryand ultrasound services et cetera. While reassuring that the d

Diocese intends to make the hospital one of the best around,he therefore plead on them to patronise it in order to make it last. The prelate went on to say that though the hospital belonged to the Church,it is open to Christians and non-Christians who seeks effective healthcare delivery. He thanked Fr Ejeziem for being wonderful as per ‘Think Home Philosophy’, openness and love for God and the new

Diocese while praying the good Lord to continue to bless him. The Bishop who received the keys of the new paediatric ward on behalf of the Diocese and witnessed by the entire members of the Diocesean curia, some members of CADEK presbyterium, priests and parishioners from the six parishes that make up Igboukwu town, Staff of the hospital, patients, members of the Holychildhood drawn from Igboukwu deanery, friends and well-wishers went ahead to commission and bless the paediatric ward to the joy and admiration of all.

In an interview with Maranatha, the priest through whose instrumentality the dream of building the children’s ward materialized, Very Rev Fr Anthony Ejeziem promised that he will offset the bills of the first ten people that will patronize the paediatric ward for treatment. He further encouraged the people to come to the hospital for treatment and promising to do more for the growth and progress of the diocese.

Highlights of the ceremony include speeches from various critical stakeholders, tour of the facilities in the paediatric Ward,group photograps and entertainment by the host Parish Priest and Episcopal Vicar for the Clergy, Very Rev Fr Charles. C. Umeoji.