The Media and Communications Committee of the Anambra State Gubernatorial Election Campaign Council for Valentine Ozigbo, the candidate of the People’s Democratic Party, PDP, in the just concluded election in Anambra State, has debunked a story credited to one Ikechukwu Onyia of the All Progressives Congress, APC, to the effect that Ozigbo will be heading to the tribunal to challenge the declaration of Chukwuma Soludo as the winner of that election.

A press statement signed by Tony Ezike, Deputy Director, Media & Communications, Anambra State Guber Election Campaign Council of PDP, described the story as a fallacious allegation and a gross misrepresentation of what Ozigbo said during an interview on Arise TV last Monday. 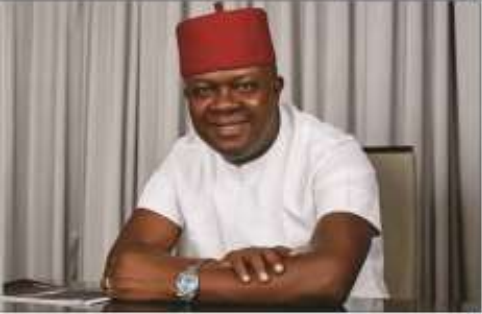 The APC Media and Publicity Deputy Director, Ikechukwu Emeka Onyia, had claimed that Ozigbo had finally made a volte face on his earlier decision not to challenge the victory of Prof Soludo of the All Progressives Grand Allinace, APGA. Onyia accused Ozigbo of playing to the gallery by his earlier stance on the result of the election.

But reacting to the story, the Ozigbo Group accused Onyia of shamefully resorting to blackmail in a bid to divert the ill will of his party and deceive innocent people.

‘It is common knowledge that people who joined APC share a unique position of dissolving their moral core and joining the lying gang, but sincerely, I never envisaged that supposedly respectable young people like Onyia could join the gang of identified chronic power-grabbers.

‘Recall that the newly engaged APC mercenary, on November 6, reported that APC was coasting to victory, alleging that the party had won in seven local government areas.

So I wonder why he could still be making frantic efforts to convince the electorates that this additional fake report should be taken seriously, after their humiliating loss at a distant third position,’ the statement read.

It further noted that the ‘statewide accepted PDP candidate, Valentine Ozigbo, only mentioned that some of his former colleagues were going to the tribunal and Nigerians needed to watch, but out of mere incomprehension or outright mischief, the newly signed damage controller decided to associate the respected PDP candidate with APC’s nefarious attempt to replicate the Imo State travesty of justice in our peaceful state.’

The statement urged the people of Anambra State to disregard Onyia’s write up and consider it as a poor attempt at cheap blackmail, stressing that Mr Ozigbo had a name to protect and could not be distracted by any hatchet write up.

‘He has since moved on after being the first contestant to congratulate the winner of the election. Mr Ozigbo remains committed to the enthronement of good governance in the state.

‘If the leader of APC in Anambra State and Minister of Labour, Sen Chris Ngige, could publicly declare on Channels TV that APC never conducted intra-party election, all well-meaning individuals have absolutely no reason to expect genuine remarks from Onyia’s camp. APC should know that Anambra is not Imo and will never be,’ the statement concluded.