Mr Valentine Ozigbo, the immediate past President and Group CEO of Transcorp Plc, has extended his condolences to the family of the Very Reverend Monsignor Johnbosco Akam, a revered clergy in the Roman Catholic Church and Chancellor of Tansian University, who passed away on Friday, February 5, 2021 at the age of 73.

Mr Ozigbo conveyed his sympathies on Saturday, February 6, in a press statement issued in Awka, the Anambra State Capital.

Mourning the demise of the legendary educationist, Ozigbo described his demise as ‘A huge loss to his Akam Family, the Roman Catholic Church, the educational sector, and Nigeria as a whole.’ 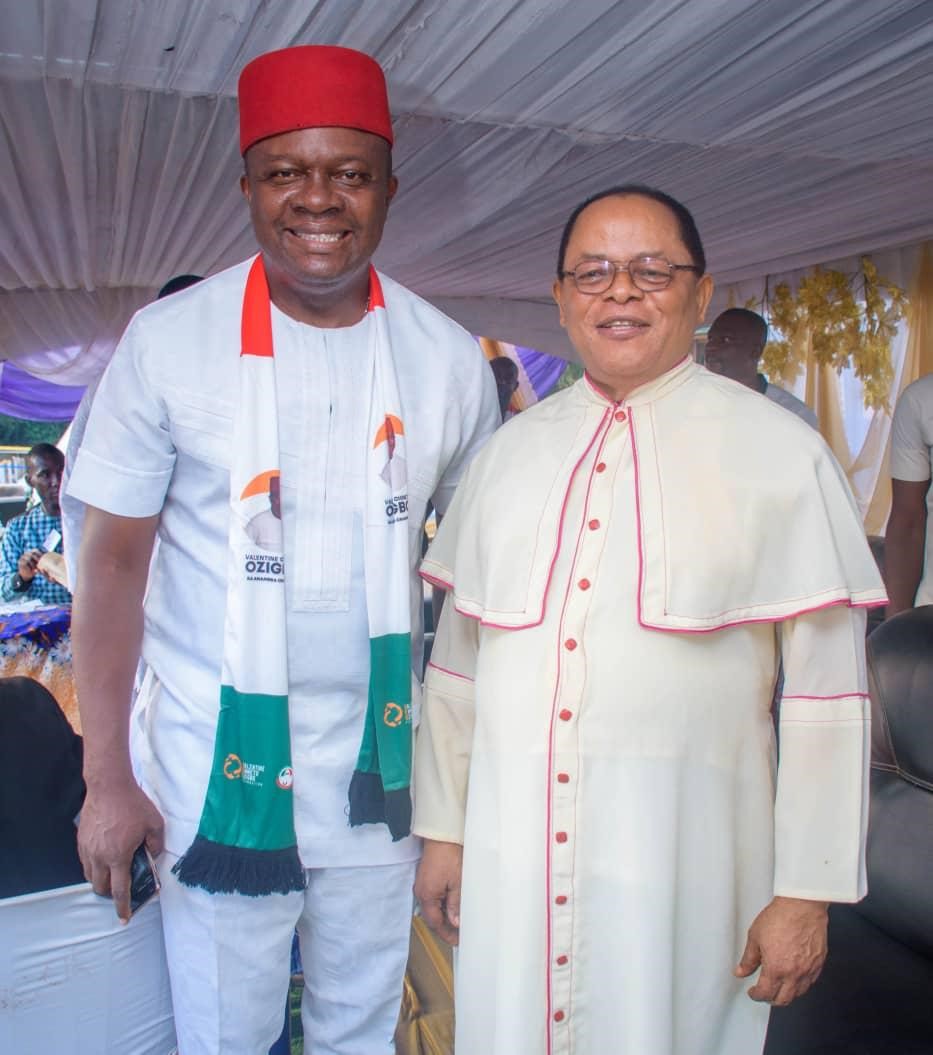 He eulogized him for leaving a legacy of humility, service to humanity, and impactful living that would endure for generations to come.

According to Ozigbo’s statement, ‘Monsignor Akam was a legend who lived selflessly, devoting his life to serve in the vineyard of the Lord, and creating a solid educational foundation for many young ones

‘As someone who has dedicated the next phase of his life to service, I can only hope to live up to the high standards that men like Monsignor Akam attained,’ Ozigbo said.

He noted that as a member of the Catholic Church, the loss of the priest was colossal, not just for the Ekwulobia Diocese, but for the whole of Anambra State and Nigeria at large.

‘Monsignor was a man who exuded humility, godliness, and still remained modest, despite his towering achievements,’ Ozigbo added.

Monsignor Akam is a founder of many organizations, including Tansian University; Konigin Des Friedens College; Our Lady of Waldestein Educational Cente; Lumen 90.1 FM Radio; Voice of the Poor Foundation; Villa Misericordia Dei, among others, Fides notes.

Ozigbo, a leading gubernatorial aspirant of the PDP, prayed God to receive Akam’s soul and grant comfort to the family he left behind.