Residents of Ungwan Romi, Abuja Road junction of Chikun Local Government Area of Kaduna State were subjected to panic and apprehension on Sunday evening and Monday morning following a discovery of an object suspected to be an Improvised Explosive Devices (IED) planted in the area.

It was reliably gathered that at the time the suspected object was sighted, several football fans were watching the final match between Liverpool and Chelsea football in the beer parlour.

An eyewitness identified as Mr Bayo told journalists that when the owner of the beer parlour sighted the suspected object on Sunday evening, he moved it to a nearby motor mechanic workshop not knowing what the content was.

However, disturbed by the way the object was thrown into the mechanic workshop, the security man attached to the workshop moved the object farther away to the back of the workshop. 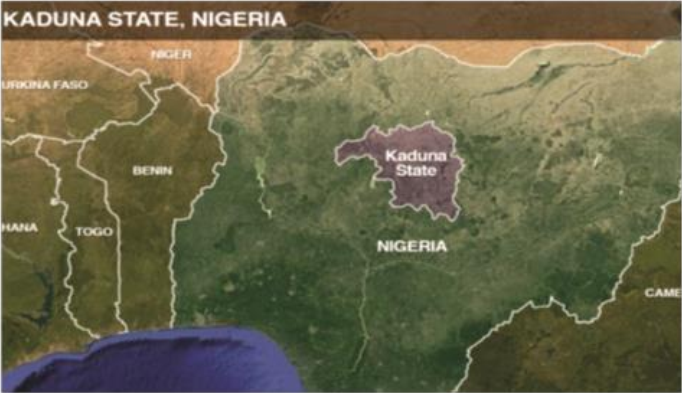 The following day being Monday, the owner of the beer parlour, Mr. Larry Nuhu called the attention of the police who came with bomb detecting experts and neutralised the object and moved it away to their office.

The eyewitness added, ‘I saw the object wrapped in a black bag with a battery connected to it, the kind of battery motorcycle uses. But this morning being Monday, the Kaduna State Commissioner of police came with some of his men who are bomb experts and removed the object.

Meanwhile, the State Commissioner for Internal Security and Home Affairs, Samuel Aruwan on Monday evening paid an assessment visit to the scene of the averted incident.

Aruwan who arrived at the scene in company of the Garrison Commander advised the owner of the beer parlour to scale up personal security in the area just as he said the State government would continue to beef up security in the State.

Speaking with Journalists about the incident, the proprietor of the beer parlour, Mr. Larry Nuhu explained that, ‘What happened yesterday (Sunday evening) at 9.30 or there about was that one of my staff rushed to call me and told me that one man came with a bag and suddenly he dropped the bag in the beer parlour and left.

It was a black bag and it was opened and I peeped inside and I saw cables there, negative and positive. Thank God I have knowledge of science. So I noticed that it must be something dangerous, though positive and negative were not connected.

‘Another thought came into me to move the object from where customers were staying because it might be timed to cause serious damage. But I decided to move it away so that the damage could be minimal if it is timed.

I took the risk and threw the bag far from the scene. So this morning I called the JTF who in turn invited the police.

‘The bomb experts came and identified it, it was a bomb. They combed the area and told me it was now safe. The Commissioner of Police later came and gave me the advice to beef up local security in the area. He also advised that we should not allow anybody with a bag to enter the place.

‘I can estimate that over 70 to 80 people were watching the football match. This is because people were already leaving because the match had come to an end. So some people had earlier left the place.