It’s December once again. The month that ends the year. It is a month that means many things to different people. While there are some who see it as the month in which the birth of our lord and saviour is commemorated (and those people are few), there are others who see it as a month for showing off, a month to ”show them that level don pass level”, and a month to prove to village folks that they have arrived.

Unfortunately, those in the latter category constitute a vast majority. And even more unfortunate is the fact that it is these people that we adulate in our communities.

But before I go on, let me share the story below which I stumbled across on the social media which depicts the level of pretence in our society.

A Professor of Law & Dep. Dean of Law Faculty in ABU, Zaria, Prof. Yusuf Dankofa received a letter from an Organization which wanted to confer on him a “distinguished merit award for being meritorious”. Below is the very heart-rending reply given by the Prof. to the Head of the Organization, Mr. Shakabula.­­_________________________

I herein acknowledged the receipt of your letter and also seek your forgiveness for making my reply viral. You know, some of us in the academia can be very overbearing.

I have perused the said letter and without any equivocation reject your organisation’s offer to award, or, if I may use your exact words “confer on me a distinguished merit award for being meritorious”.

attract garlands for me.

If indeed I am meritorious, am I not being paid for that? Didn’t my employers in my schedule of duty anticipate that I would fulfil my duties diligently under the oath of my office?

Why is it that in Nigeria we like to over rate the elites and undervalue the downtrodden? 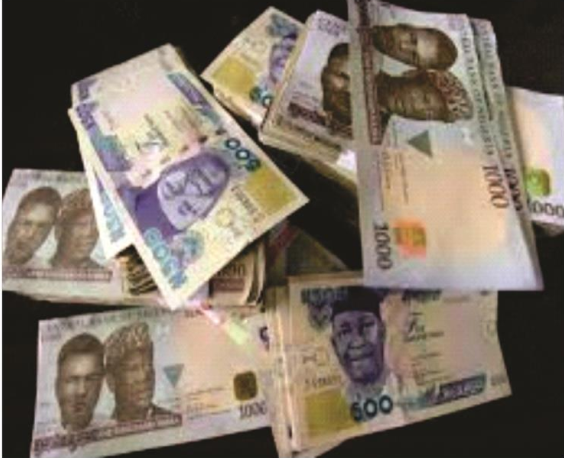 If you are to give an award, why not Mallam Usman, the departmental messenger, who is constantly overworked and underpaid by the system, yet end up with poor work evaluation?

If indeed, you are interested in rewarding those who have done extra ordinary feats, I think Mallam Ilya, the departmental driver, who has spent over 25 years driving us to all the nooks and corners (sic) of this country in the rickety departmental bus should have caught your fancy for this purpose?

Mal. Iliya has remained dedicated and contented with his meagre salary, unlike the overrated elites who draw fabulous salaries for sitting in their air conditioned offices for only 5 hours a day.

Mal. Iliya does not have closing hours, he does not have a sensible overtime emolument and when we are outside jurisdiction, Mal. Iliya does not have the luxury of sleeping in a hotel. He spends the night in his rickety vehicle and if not that God appreciates the commitment of Mal. Ilya, by giving him divine protection, he would long have been dead due to the effects of ravaging mosquitoes.

If your organisation can not spot people like Mal. Iliya and shortlist them for such honours, then you people are culpable in the distortions that down play the elevation of real patriots in Nigeria.

Overtime you have spent unnecessary time promoting our leaders by conferring unto them undeserved honours.

How can ministers and governors be constantly honoured when they are heavily paid with tax payers’ money?

If a Governor plants a tree, you people will write a book in his honour.

Let him pay salaries of workers, he will be rewarded with a Ph.D.

If the governor marries second wife nko? You guys will decorate him and the second wife with national awards.

Let him build 3 blocks of classroom in any local area, he will be rewarded as the Waziri of that locality.

The question may then be asked, why clapping for someone who has been mandated by law to provide such community services bearing in mind that under the principle of public accountability, he should be taken to task if he fails to deliver?

Capitalism, no doubt, in context and form, continues to antagonise the poor, even when it is clear that the commitment of the poor to nation building far out performs that of the rich.

Whenever soldiers come out of any war successfully, the Generals would be rewarded with so many medals and garlands, while the nurses, the drivers and other non-visible members of the force would be excluded, forgetting the fact that that victory may not have occurred without those who performed the above services in the battlefield.

That is the nature of capitalism. It downplays any heroic effort of the lower class and projects the antics of the elites as epic.

Therefore, Mr. Shakabula, I will advise that you start recognising the role of Adamu the cleaner who has been cleaning my office and others in the department for the past 25 years without which I may not have gotten the peace of mind and the composure to sit in the office and engage in research.

The same Adamu after cleaning our offices will move to the library and make it dust free, including all the lavatories.

Mr. Adamu lives on 15k a month with 4 children and one wife. He has never stolen public funds nor accepted public funds as a gift, unlike our shameless elites whom you always accord extra ordinary feats upon.

Mr. Adamu an honest labourer has not gotten your fancy, why?

Why does capitalism shamelessly promote an exclusionist agenda against honest men that are economically disadvantaged?

Why and why have you refused to recognise the good works of Madam Rebecca, the female labourer who sweeps our streets every day for a pittance and unjustly promote the man that embezzles public funds or that man that capitalism has conferred upon an undue advantage?

Mr. Shakabula, I will only accept your medal of honour if you can provide answers to my questions.

You must agree with me that the above piece is indeed a wonderful one which asks questions of the genuineness of ”appreciation” of the rich and affluent in our society.

We have allowed ourselves to be ruled by materialism to such an extent that today we come together to honour thieves, fraudsters, money ritualists and all manner of rogues who have money to throw about. You can bet that in many communities arrangements have been concluded to confer chieftaincy titles to people many of whom have dubious backgrounds or even backgrounds that we do not know.

But assuming we know their backgrounds and we are satisfied with them, why should such honours go to the rich? Why should we not look the way of that honest cobbler (shoemaker) who, despite his poor background, hardly cheats? Why are we not looking the way of that okada man who always take our children safely to school and who cares for them as though they were his own children? What about that catechist that has faithfully served the parish for years but whom we neglect and favour only the parish priest? What’s stopping us from nominating that poor but diligent church warden for knighthood? The list can go on and on.

It is this attitude we display that has been encouraging the unbridled craving for money by our youths in order to get to the levels of those whom we adulate, no matter how they achieve that. That is why in this season of Christmas everybody is more concerned with material acquisition with which to storm their villages and ”show them”, but forgetting the real essence of Christmas. But this is what we have collectively caused because we worship money.

For me, sometimes I just want to be left on my own because I’ve become disenchanted with all that goes on around me. There’s too much bootlicking going on, too much fakeness and too much display of double standard. But then, even when I have chosen to be left alone in peace, some people or group will still want to drag me into the madness that goes on. Perhaps that’s a price to pay for being in this clime.