Our Father who Art in Heaven (and on Earth)

This experience is presumed to be a testimony (in the words of Nigerian comedian, Macaroni) that you are doing well. On the flip side, such special request imposes subtly, an irresponsible responsibility on the administrator who may be tempted to note the ‘special children’ out of other hundreds of ‘less’ special or unimportant kids.

Such special attachments and requests are possibly among ‘nursery bed’ for all forms of classism, partiality, parochialism, nepotism and the like. Who knows?

In Chimamanda Adichie’s ”Purple Hibiscus”, among the minor characters, are Papa Nnukwu and Papa (Kambili’s father). Papa or Papa Nnukwu are direct reflections of fatherhood in African Igbo Society which translates beyond direct biological ties.

Every advanced adult male on the street is greeted as ‘Papa’ or ‘Nna Anyi’ (in pure Igbo Language), which is translated as ‘our father’. It springs from the nuclear circle and extends to all angles where ever it could.  The African Igbo communalist principle of Nwa Oha is also encapsulated in the concept of ‘Nna anyi’. Nwa bu nwa-oha or Nwa bu nwa-ora, depending on your Igbo dialect, means that every child is for all.

It is interesting to note that proper hermeneutics of Nwa-Oha makes a good case against the legality of abortion, simply because ‘I, the-would be mother’, so decided. That child in the womb is not just yours, but ours. Anyway, it’s a discussion for another day.

In the context of this piece, I prefer to translate ‘Father’ as Papa or Nna Anyi, rather than just ‘Daddy or Dad’. I am reluctant with the American ‘dad’ concept which seem to shrink the meaning to a direct biological tie. That’s also why I have ‘naively’ and against the current trend, refused to be addressed as ‘daddy’, which is becoming a common title for priests and pastors as a replacement or alternative to ‘Father’. 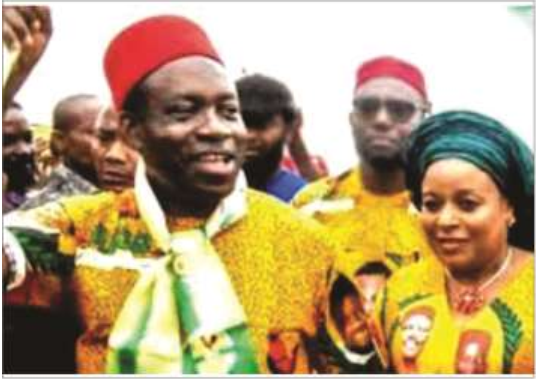 Within the Catholic circle, the priest is addressed as ‘father’, which is a shorter form of Reverend Father. For now please, call me ‘Father’. In like manner, I have preferred to address my bishops in all fora, private or public, as My Lord or Your Grace (for Arch bishop); Your Eminence (for Cardinal) or Your Holiness (for the Pope). It does not mean that your ‘Excellency’ is not an acceptable title.

It’s just a matter of preference. The title, ‘Your Excellency’, is reserved for high ranking public officials, those in government; and also, Catholic bishops, especially in Europe and America. Yet, I prefer the traditional, ‘My Lord or His Lordship’, referencing the Latin ‘Dominus’.

In the scriptures and liturgical rubrics, Dominus is applied in reference to our Lord, Jesus Christ; and the bishop at liturgy sits in persona Christi capitis.

Again, and philosophically, from Wittgenstein language game theory of ‘Meaning in the Use’, I will still prefer my lord as a title for my bishop. These your ‘Excellencies’ occupying our government houses in Local, State and Federal levels in our clime, are largely part of our problem. So let me by Wittgenstein contextual interpretation of concepts and meaning, insist on ‘My Lord’.

Imagine my proper bishop, Most Rev Peter Okpaleke, a shepherd whose motto is Veni Sancte Spiritus, and whose homilies pierce hard souls extending to all the earth. A father whose collegial spirituality and pastoral initiatives had kept the newly created Ekwulobia Diocese ‘bubbling’. A father to all which was ‘excellently’ demonstrated in the last election in Anambra State, where he was and remains a father to Soludo, a father to Ozigbo, a father to the Ubas, a father to Maduka, and so on. He is a model to be emulated in this regard.

No wonder the Holy Father had earlier decorated him with the title of the ”One with Holy Patience”. No other person globally has been so finely decorated in the recent past. Is it not proper and contextually right to safeguard him and the office from the corruption and bad governance which in our clime is linked to those who go by the title, ‘His Excellency”? Hahahahahaha. What’s your take?

It is still about fatherhood. We have ‘Papa or Nna Anyi’ in nuclear and extended family; we have His Lordship as ‘Papa Nnukwu’ in church circles, and His Excellency as ‘Papa Nnukwu’ in the state. The strength of ‘our Father’ is best appreciated within the context of African Communalism.

It is an invitation for co-responsibility in the parenting of children because of the principle of Nwa-Oha. Therefore, Ndi mkpurumiri are our collective responsibility too. Do you agree? How is your community wrestling this surging menace of this drug addiction among our sons and daughters?  Remember, “nwa mkpurumiri’ is also ‘Nwa-Oha’.

A recent picture comes to my mind. The jubilant crowd in the home of Prof C.C. Soludo, the governor-elect of Anambra State, had intoned a song: ”Isuofia nwere goodluck, Chukwu furu anyi n’anya…”, but in few seconds, after a whisper from the wife, Soludo himself intoned: ”Anambra nwere good luck, Chukwu furu any n’Anya…”. The message was clear and loud.

I am a governor-elect for Anambra State, and not just for Isuofia. You can search for the video and watch. It’s nice to have watched the respectful whispering from the wife, Nonye Soludo. Since 1999, Anambra State has witnessed the activities of various First Ladies. Interestingly, they have all differed from each other: Nnebuogo Mbadinuju had her style, if ever I remember.

Evelyn Ngige and Margaret Obi differed in style too. The incumbent, Ebere Obiano, has a different style from Margaret. So Nonye Soludo’s gentle whispering and candour is in line with the expected change (in style) in office of the First Lady. Pardon me for dwelling more on these women.

Yours sincerely is presently a researcher on ‘women’s affairs’, particularly on the philosophy of womanhood in Prudence Allen and the case of female inheritance in Igbo Society. A story for another day.

But I am sincerely worried. How an African Igbo who understood the concept of fatherhood and Nwa-Oha, would champion parochial politics at home. Again, how would denominational politics thrive among those who collectively pray: ”Our Father”? The catechism of the Catholic Church, among her teachings on the Lord’s Prayer, says: ”If we pray Our Father sincerely, we leave individualism behind, because the love that we receive frees us from it.

The ‘our’ at the beginning of the Lord’s Prayer, like the ‘us’ of the last four petition, excludes no one. If we are to say it truthfully, our divisions and oppositions have to be overcome (CCC2792).

It seems so far that the incoming Anambra First Family prays the Our Father truthfully. The roads in and around Aguata will be rehabilitated for those traversing to Orlu and Orumba to have a good journey. The roads in Awka-Agulu-Nanka will be necessarily rehabilitated and expanded for the first family and their kinsmen, and indeed all, to have a good ride to their home and businesses.

In same spirit, the roads in Onitsha, Nnewi, Ihiala and Otuocha axes are to be rehabilitated because Ndi Anambra, Ndi Isuofia inclusive, live and do business in those areas. As it is with roads, so it is with education and health and other sectors, including political appointments. If this is not done simply with the understanding of “fatherhood and Nwa-Oha” in Igbo cosmology, at least for the sake of the fact that we all pray ‘Our Father’, let it be done.