Barcelona edged out Levante 4-2 to secure their third title of the campaign after winning the European Women’s Champions League title and Spanish League crown. 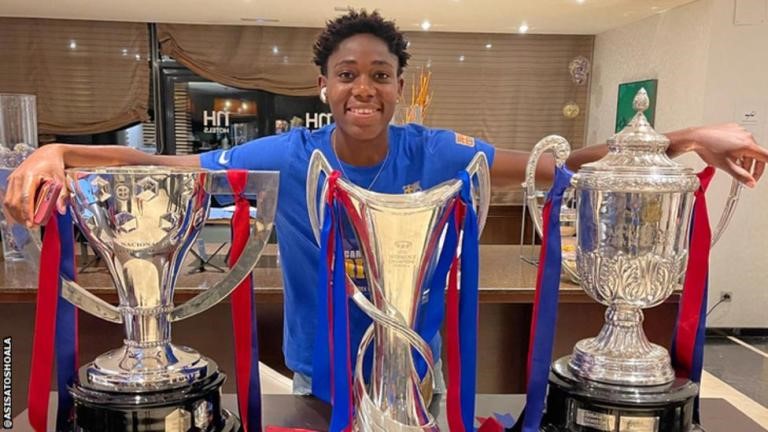 Oshoala insisted the club’s sucesss this season has made her eager to win more silverware.

‘Once is a nice achievement, but it has given me and my teammates a taste of success and we want more of that,’ she told newsmen.

‘You can never limit yourself when you go out there to play professionally, especially outside of the continent because you carry more than your nation on your shoulder.

‘To achieve this with Barcelona has shown that we can win a major trophy as a team and as part of this great club, the desire is keep raising the African flag by making more history.

Two years after becoming the first player from the continent to appear and also score in the final, Oshoala became the first African winner of the European Women’s Champions League two weeks ago.

The Champions League title is just the latest honour in her career as she becomes the continent’s most decorated female footballer in history.

‘The hope is for whatever I do to open doors for other Africans because we have talented players in Africa.

‘It’s very important to continue to not only represent my country well but the beautiful continent of Africa very well, too,’ she added.