Humanity is the climax of God’s creative activities. From the first to the fifth day, God’s language was “Let there be and it was so.” But on the sixth day God used a symbolic language. He said, “Let us make man in our own image and likeness” (Gen. 1:26). Man and woman he created them. God blessed them and commanded, “Be fruitful and multiply, fill the earth and subdue it” (Gen. 1:28). Please let us give this Almighty God a standing ovation. It is out his abundant love that God made man the caretaker of the earth to which we must render accurate account on the Last Day.

As a test of fidelity, God housed the first couple, Adam and Eve, in the Garden of Eden (Paradise). Then he commanded them to eat from all the trees in the garden except from the tree of life and death. They were forewarned that they would face the penalty of death if they ate from it. 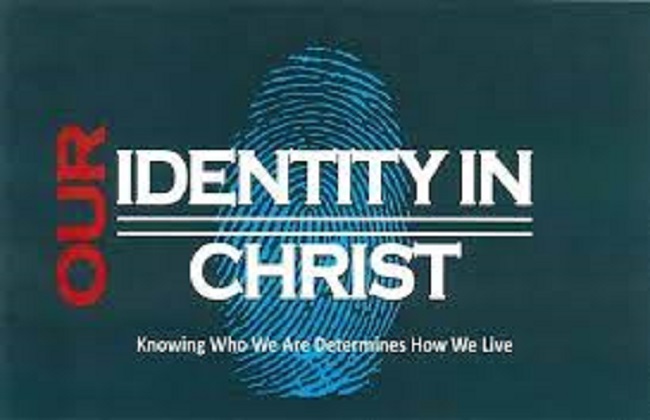 On the fateful day, Satan, the Commander in chief of the evil forces, appeared while Eve was admiring the forbidden fruit. Only God knew where Adam was at that crucial moment. Satan in the form of  a snake hissed and made funny attractive movement with its tail. Probably snakes were talking like human beings at that time and had arms and legs. It plucked some of the seducing fruits and gave them to Eve to taste and see that it was so delicious.

Initially Eve resisted on the ground that God warned them not to eat it, lest they die. The cunning serpent laughed and insisted, “No, you will not die. God knows that the day you eat it, your eyes will be opened and you will be like gods, knowing good and evil”(Gen. 3:4-5). Eve became finally seduced and trapped. She ate some and later gave some to her husband Adam who also ate.

Immediately both recognized that they were naked. Out of shame they covered themselves with leaves. Whenever we commit sin, we become ashamed of ourselves before God, if we still have good conscience.

You cannot eat your cake and have it. An egg that falls on the ground breaks into pieces and cannot be remedied. Sin has its consequences. A person who commits a crime is called a criminal. Few days ago, I came across an old man wearing a black T-shirt with a bold inscription on its back: NOTORIOUS CRIMINAL.

I stopped and asked the old man, “Papa, who gave you this T-shirt?” He smiled and replied, “Man of God, my second son living in Lagos just sent it to me as August gift. I like it so much.” Then I sighed and asked him, “Do you know the meaning of what is written on the back?” He replied, no.

I thought they are flowers. I didn’t go to school due to poverty.” Ignorance is a disease. I felt for him. I took time to explain the meaning to him. He shouted, “Tufiakwa! My son wants me to eat the excreta I did not defecate. Tufiakwa! No wonder the people deserted my seat completely the day I wore it at our village meeting. O buru ogwu o gaghi erere ya.” Instantly he pulled of the black implicating T-shirt and threw it into the nearby bush.

He patted me at the back and blessed me with kind words whose length cannot be contained here. At last he went home half naked while pouring curses upon his ‘efulefu’ (useless) son.

As punishment to their stubbornness and disobedience, Adam and Eve were expelled from the Garden of Happiness and thrown into the garden of suffering. In other words they fell from grace to grass. Mortality set in. The gate of Heaven which was accessible to them before was put under lock and key.

A criminal or sinner ought to be punished accordingly before considering any amnesty. It is regrettable today in Nigeria that the Federal Government is granting the purported “repentant terrorists” pardon and integrating them into the society without being punished for their bloody activities. Surely, they will go back to the nefarious business in one way or the other.

De-radicalization has no measure. What of those innocent civilians, soldiers, policemen and other security agents they sent to their untimely graves? What of the women they raped and killed their husbands and children? What of those they rendered homeless and are still languishing in internally displaced camps? They surrendered without surrendering their weapons. This quick integration spells doom for the country.

The sin of Adam and Eve affected their descendants adversely. The merciful God sent prophets upon prophets to win their hearts back to God. The prophets did not find it easy. Some of them were despised. Some were rejected and killed. At last the benevolent God promised the coming of the Messiah who would redeem the sinful humanity. At the fulfillment of time he came in flesh and blood like ours; the Lord Jesus Christ.

Unfortunately he was also rejected and crucified on the Cross. That was the sacrifice he paid in order to redeem the fallen humanity and lead him back to the Creator. He died and resurrected on the third day. His resurrection brought hope.

The gate of heaven was once again opened for us. Before his ascension into heaven he said to his disciples, “I have been given all authority in heaven and on earth. Go, make disciples of all nations. Baptize them in the Name of the Father, and of the Son and of the Holy Spirit. Teach them to observe all that I have commanded you. I am with you always until the end of this world” (Mtt. 28:19-20).

It is through the Sacrament of Baptism that we become the adopted children of God. Therefore, as Christians we must present our baptism cards to God on the judgment day. It is a very important document.

No wonder it is boldly stated at the back of each baptism card: “Please never you travel to a new place without this certificate.” Do not forget to put it in your pocket on the day of your death. Death is the eternal travel of no return.

Saint August of Hippo makes it very clear that we have dual citizenship: Citizens of Heaven and Citizens of the earth. Thus we must perform our religious and civic responsibilities. We ought to leave this world better than we met it at birth. We should keep our environment tidy always.

Tax should be paid accordingly. On her own part, the government should use the tax payers’ money to improve the lives of her citizens. As political animals we should exercise the right of franchise: to vote or be voted for. Election is not a do-or-die affair as it has become these days.

It must free and fair. The 1993 Presidential Election was the freest and fairest election ever held in Nigeria. Unfortunately it was cancelled by the powers that be. Things fell apart and the centre could no longer hold till this day.

The 2023 general election is in the offing. Many forces are at work to mar it. Electronic voting and electronic transfer of result would have been the safeguard against rigging. Unfortunately the powers that be voted against it. Nevertheless we must throw the bones to the dogs and leave it to struggle with unseen forces when the time comes. Chief Zebrudaya Okoroigwe Nwogbo alias 430 is popularly known as Palm Wine Powerless.

We become powerless if we, the eligible citizens, of this country do not have Voter’s Card also known as PVC (Permanent Voter’s Card). Hurry now to obtain your own if you are up to 18 years and above. Even if you have lost yours, there is a way forward. It is our political weapon during elections.

Obi has governed and gone. Obiano is about to go. We need Obiajulu to occupy the Government House at Awka in order that the circulation of blood through the arteries of Anambrarians may be completed and also calm down the high blood pressure of every Dick and Harry in Anambra State occasioned by the high tension in Nigeria.

When we shall travel to the world beyond, we shall present our Baptism Cards and Voter’s Cards as qualifications for admission into the divine examination hall. There we shall render account of our stewardship on earth. Heaven and Hell are real. Let us make haste before it is too late.

The performance of our religious and civic responsibilities shall be rendered before God. Do not leave your Baptism Card and Voter’s Card behind on the day of your death. Hold them tight when your body is being lowered into the grave; lest the termites will squander them.