Nigeria winger Henry Onyekuru is keen to join Galatasaray on a permanent deal instead of linking up with Greek giants Olympiacos.

Onyekuru who spent the

second part of the 2020/21 campaign on loan at Galatasaray, disclosed that it was his third loan stints with the Turkish club.

However, Galatasaray failed to exercise the option to sign the 23-year-old on a permanent basis which expired last week, opening the door to ot 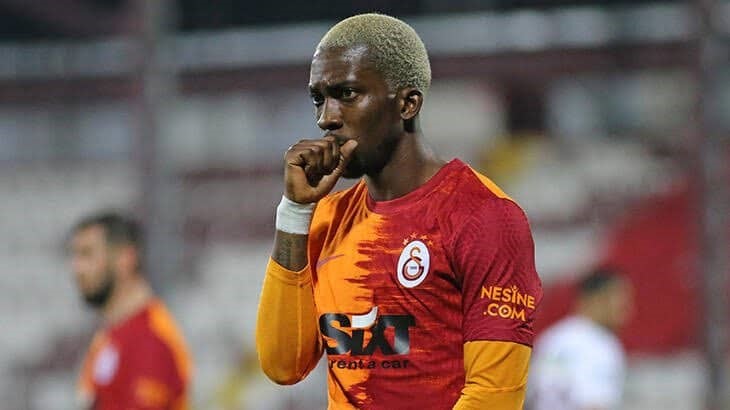 For their part, Olympiacos, who tried to lure the former Everton player to Greece in

January according to reports, have agreed a deal with Monaco to sign him on loan for a year but he is not willing to join the club.

According to the report, Onyekuru made a request to Monaco’s sporting director Paul Mitchell to wait for Galatasaray’s

Presidential Election slated for June 19 before deciding his next move.

Fides also discovered that Onyekuru scored a total of 22 goals and provided 12 assists in 71 appearances across three loan spells at Galatasaray.