A senior priest of the Catholic Diocese of Awka, Rev. Fr Prof. John Chukwuma Oraemesi was recently celebrated by his parish of residence, St Gabriel’s Okpuno, fellow priests, the religious, students and colleagues in the academia and other friends and well-wishers to mark his attainment of octogenarian status penultimate Sunday in Okpuno.

It was also an opportunity for some people who could not attend his Priestly Golden Jubilee celebrated last July in his hometown of Oraifite in Nnewi Diocese, to felicitate the respected cleric and professor of Educational Administration. 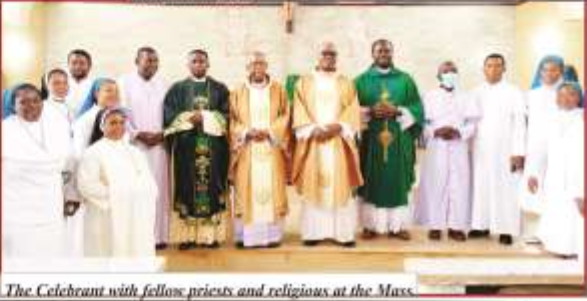 The Parish Priest of St Gabriel Parish Okpuno, Fr Emmanuel Ofomata who coordinated the celebration which also involved the Good Shepherd Chapel of the Catholic Retreat Centre and Pope John Paul II Seminary, all in Okpuno, described Fr Oraemesi as a true father and accomplished educationist who has nurtured and mentored many stars in the academia and priesthood.

During the Holy Mass in which Fr Oraemesi was joined by numerous other priests and the faithful, the homilist, Fr Angelo Obiakor thanked God for the life of the celebrant whom he described as a charitable man and thorough teacher who has offered his life in sacrifice for the good of the church and humanity. 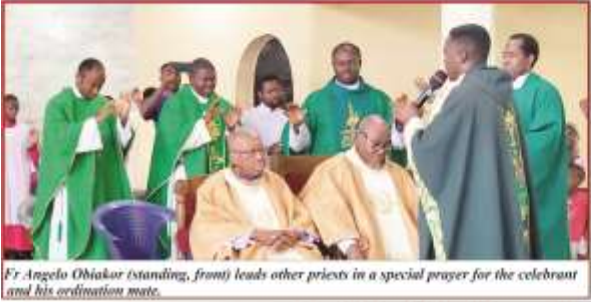 At the reception that followed the Mass which was chaired by former Anambra State Commissioner for Education Prof. Leonard Muoghalu, the Parish Pastoral Council presented an address jointly signed by Fr Ofomata, Sir Walter Umeukeje and Miss Gloria Okeke, chairman, vice-chairman and secretary respectively, praising the exemplary manner the celebrant has discharged his priestly and academic duties and wished him many more years of faithful service and good health.

Highlights of the reception include a citation of the celebrant read by Dr Nkechi Helen Okoye, cutting of birthday/golden jubilee cake, special rendition by the choir, cultural dance by the Block Rosary, special variety show by the Legion of Mary, as well as presentation of gifts. 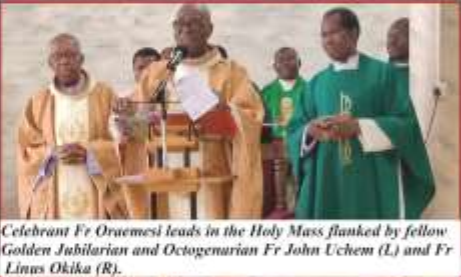 Born in 1940, Fr Oraemesi was one of 20 priests ordained in 1971 by then Bishop Francis Arinze of Onitsha, 10 of who are still alive to celebrate to celebrate their 50th anniversary. In his appreciation message, Fr Oraemesi recalled the many memorable and challenging experiences he had as a priest in Awka, Ugbenu, Oji River Leprosarium, Mamu Forest Reserve and other places he served. He expressed gratitude to God who called and sustains him and to all who took out time to celebrate with him.