Okonjo-Iweala as WTO DG, Plus to Women – Ekwunife

The senator representing Anambra Central Senatorial Zone in the National Assembly, Senator Dr Uche Ekwunife, Iyom, has congratulated Dr Ngozi Okonjo-Iweala on her recent emergence as the Director General (DG) of World Trade Organisation, describing the feat as a great plus to the womenfolk.

Senator Ekwunife who stated this a goodwill message she made available in her social media page, said Dr Okonjo-Iweala’s feat as the first female to head the World Trade Organisation, was a clear manifestation of the courageous and barrier-breaking spirit of the women.

Ekwunife, who said she was personally delighted over Okonjo-Iweala’s recent feat, described as most significant, the fact that she attained the celebrated feat through her personal accomplishments, through devotion to her profession, and while as a Nigerian woman. 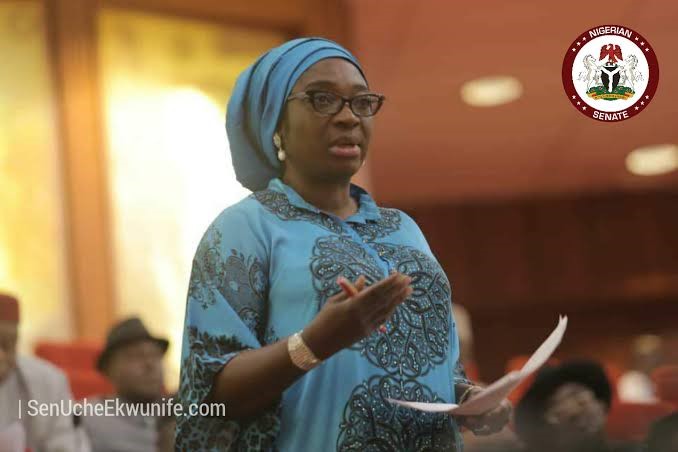 The senator commended the member nations and the selection body, for the free, fair and transparent process which they put in place.

She lauded the Nigerian President, General Muhammadu Buhari, for, according to her, recognizing the potentials of Okonjo-Iweala, nominated her for the job, and supporting her throughout the process.

Ekwunife prayed God to give the new DG of World Trade Organisation the wisdom and grace for a successful tenure.

‘I must commend the member nations and the selection body for leading a fair and transparent selection process. I also appreciate President Muhammadu Buhari for recognizing the potentials of Dr Okonjo-Iweala, nominating her for the Job, and throwing the weight of the Federal Government behind her,’ Ekwunife stated.