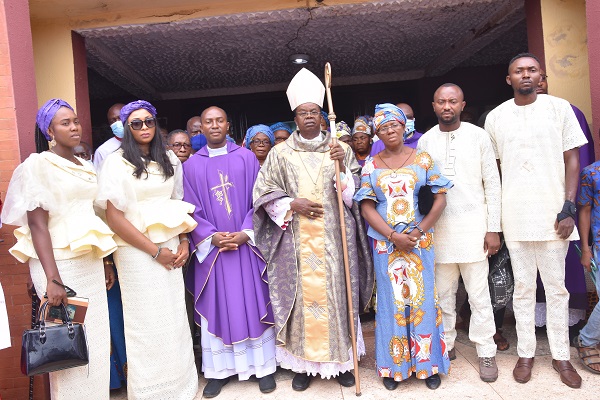 His Lordship, Most Rev. Paulinus C. Ezeokafor, Catholic Bishop of Awka Diocese, in a group photograph with the Obis on Saturday, 29th May, 2021

Anambra State, were left mourning, Saturday, May 29, 2021, as the remains of the late Chief Sir Fredrick Obi were interred in his home town, Eziabor.

The late Obi who was the father of Rev. Fr Melchizedek Chidi Obi, a priest of the Catholic Diocese of Ekwulobia, who was popular for his philanthropy, was reported to have suffered a terminal disease which lasted till his death.

Fides gathered from the homily of Most Rev. Jonas Benson Okoye, Auxiliary Bishop of Awka Diocese of the Catholic Church, during a Vigil Mass, Friday, May 27, that the late Obi was committed to the cause of the Church and community. He also described the deceased as one who was industrious and hard-working.

Speaking to Fides, Rev. Fr Melchizedek Obi, who described his late father’s demise as peaceful and glorious, said the deceased passed on at the age of 64 after he reconciled and made peace with all around him. 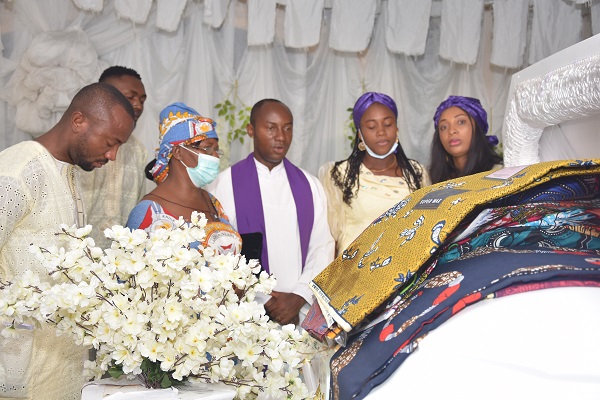 Describing some of the events that followed the late Chief Obi’s demise, Fr Obi said, ‘FREDOB died a peaceful and glorious death as he forgave everyone and made peace too. He died after we had prayed for and anointed him.

‘He possessed humility and simplicity as values and did not like to show off despite his numerous achievements,’ Fr Obi added.

His burial followed a solemn Mass celebrated via zoom at his residence in Oko on Tuesday, May 18. The Mass had in attendance, family, friends and well-wishers from more than four countries and was presided by his first son, Fr Obi.

Lady Christiana Obi, the deceased’s wife, in a moment with the press, said the late Obi married at the age of 24 and was known for his industry as he tried his hands on myriads of businesses. 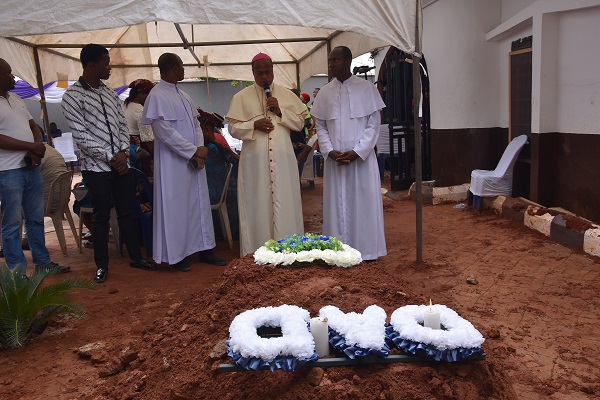 Lady Obi also noted that her husband was keen about the education of his children, and also the welfare of both the Church and community, an attribute which she said, explained the large number of persons in attendance at his funeral.

The deceased’s other children, Perpetual Amara Emebo, Peter-Paul Emeka Obi and Mary-Rose Chinenye Okeke, who also spoke to Fides, said their father was a good man who bore the pains of others and beseeched God to grant his soul eternal rest while he prayed for them from heaven.

They also said they admired their father’s humility and vowed to keep his legacies, while appreciating people who came from far and wide for the funeral.