When one thinks he has seen it all, something happens that shocks the senses. That was exactly the case last Thursday at the swearing in of Prof Chukwuma Soludo as governor of Anambra State. The event was at Government House, Awka before some important dignitaries that included priests and the political class.

After everyone had been seated, including the outgone governor, Willie Obiano, the event had begun as planned and while Soludo was being sworn in, Mrs Ebele Obiano reportedly strode into the arena and sat down. Soon, however, as the supporters of the All Progressives Alliance, APGA, were shouting their party slogan, Mrs Obiano, known as Osodieme, suddenly stood up and literally floated towards Bianca, the wife of Eternal APGA leader, Dim Chukwuemeka Odumegwu Ojukwu. 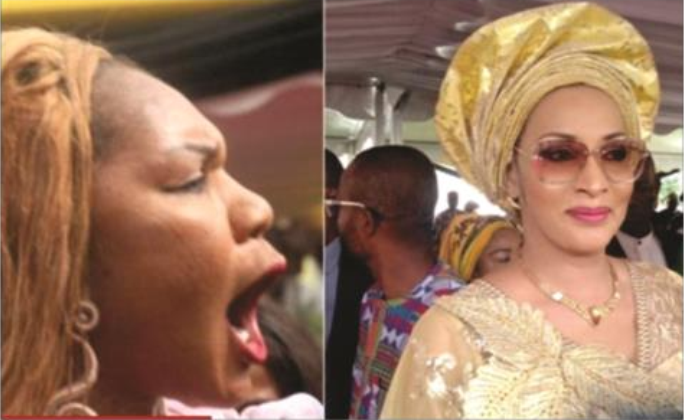 On getting to where Mrs Bianca Ojukwu sat, Osodieme started raining invective on her, demanding to know why Bianca should be at the event after vowing never to be part of APGA’s activities. She was also said to have called her some unprintable words which infuriated Bianca enough to make her stand up and slap Mrs Obiano. A scuffle briefly ensued till protocol aides separated them. While being led to her seat beside her husband, Mrs Obiano was heard raining further invective on Bianca.

As expected, that drama became the talk of the town as it overshadowed the main event. Now, what on earth was Mrs Obiano thinking that made her to do what she did? Although opinion has been divided on who was wrong or right, those in support of Bianca are in the vast majority, notably because of their knowledge that Mrs Obiano had been associated with such actions in the past.

Indeed, when certain things happen, they can be traced to earlier events. This is to say that things don’t just happen; at least most things. By now, many Nigerians and the outside world must have heard the full gist of the eternal show of shame at the inauguration of our governor last Thursday in Awka.

Now questions are bound to be asked and one of them is why Osodieme should query the presence of anyone at an event they were officially invited. If her husband did not object, why should she?

Two: Bianca was invited by Soludo whose event it was. So why should Osodieme defy Soludo by querying Bianca’s presence?

Well, as I already said, what she did wasn’t something that started today. For the eight years her husband was governor, she was said to have virtually acted as a de facto governor. She was also reportedly feared and said to be influencing many official decisions which no one dared oppose. She also gave appointments. Yet, all this took place when our constitution does not recognize the office of First Lady.

That she was able to get away with many things is what baffles many people. Hers was a case of a sore being allowed to fester until it became cancerous. That was why on Soludo’s biggest day she took it upon herself to cast a blur on it. Soludo must be commended for not ordering that she be whisked away. Her action was shameful, distasteful and outrageous, as well as being a big embarrassment to Anambra State.

My sympathies go to her peace loving husband who was forced to swallow her misdemeanor with the stoicism of a long suffering husband. Her action that day betrayed her public display of philanthropy as a sham. It was an action that has effectively put paid to her Senatorial ambition. In saner climes that’s what it will amount to.

I’m still wondering what could be going on in her husband’s mind. That disgrace was too much. But what can a man do in such circumstances?

Other men have seen a lot worse.