Friday, April 15, made it four months since a policeman shot and killed an okada man in Igboukwu, Aguata Local Government Area of Anambra State.

Reports had it that on December 15 last year, the okada rider, Mr Ebere Nwagha, from Ebonyi State, was shot dead by a policeman after he refused to give money to his killer. Shortly after the incident which nearly caused chaos in the community, the governor of Anambra State, Chief Willie Obiano, had visited the family to commiserate with them, while he promised to ensure that the family got justice. Fides gathered that Obiano had also later provided money for the burial of the victim, reports Jude Atupulazi.

But after weeks turned to months with nothing further heard about it, people began to speculate that the policeman had been allowed to go free by the police hierarchy.

But an investigation carried out by Fides revealed that the accused policeman is still being detained at the State Criminal Investigation Department, Awka. The accused (name withheld until conclusion of orderly room trial), told Fides how the incident happened after this reporter was allowed to see and talk to him.

According to him, on that fateful day, around 8pm, he, along with his colleagues, had gone on a raid of okada drivers who were defying government’s directive on the operational hours of okada drivers. They had rounded up some motorcycles in Igboukwu and loaded them in their vehicle. But as they drove off, they realized that they had left two police officers behind and went back to pick them. 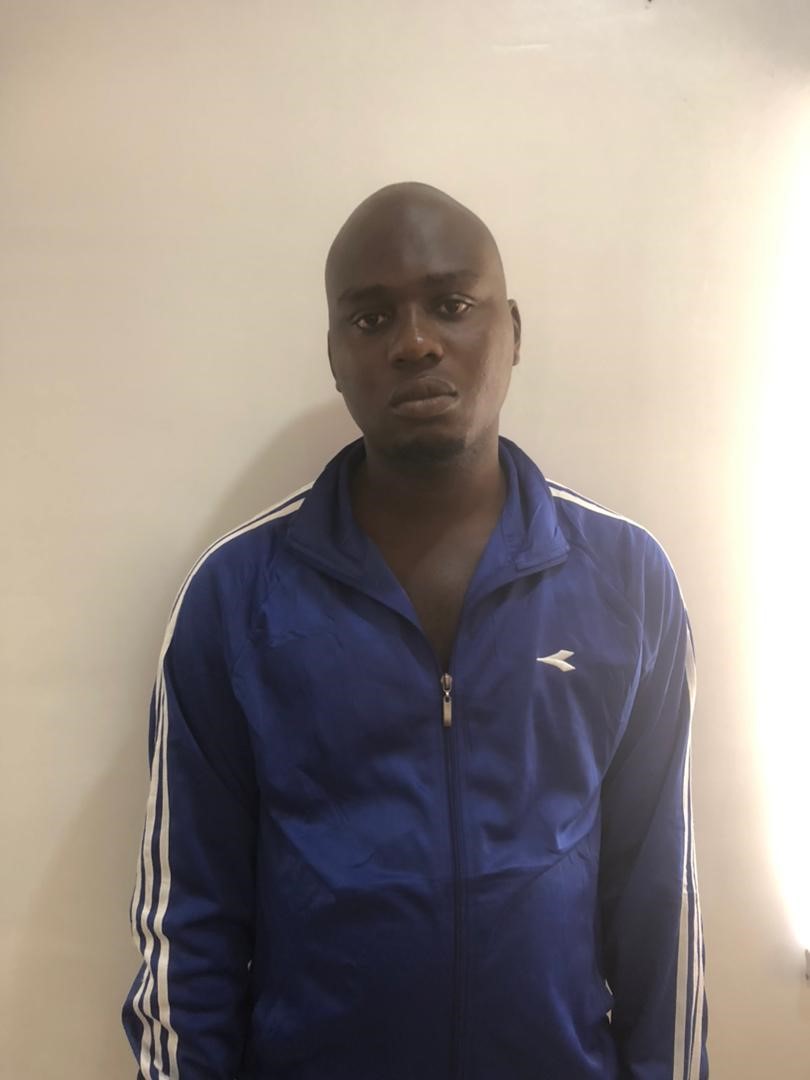 The policeman accused of shooting and killing an okada driver in Igboukwu. He says the shooting was accidental.

However, when they got back to the place where they had impounded the motorcycles, they saw a group of young men who had formed a circle and the policemen feared that they had encircled the men they left behind. The accused, who is from Delta State, said he then fired what he meant as a warning shot to disperse the crowd but unfortunately the bullet hit the deceased and killed him.

He told Fides that he was thereafter arrested and detained and that he had been there since then.

Fides also learnt that between that time and now, the deceased family who had since buried the victim, had written to the police asking for the withdrawal of the case. But according to the former police commissioner in the state, Mr Sunday Abang, under whose leadership the crime was committed, told Fides over the phone that the police asked the family to write to the Directorate of Public Prosecution, DPP, and the State Ministry of Justice, as they were the only ones that could decide what happened next.

Abang who is now the Assistant Inspector General of Police in charge of Police Mobile Force in Nigeria, said, ‘It is the Ministry of Justice that can decide how the case can go. The police cannot close a murder case by themselves.’

When Fides called the mobile phone number of the wife of the deceased, Mrs Chinenye Nwagha, a nursing mother, she could not be reached.

The State Police Command would later issue a press statement on the situation through its image maker, DSP Tochukwu Ikenga.

The statement debunked the stories making the rounds that the accused policeman had been set free and was enjoying life and freedom while his victim had been buried and almost forgotten.

The statement read, ”The  Commissioner of Police, Anambra Command, CP Monday Bala Kuryas, fsi, has stated that the suspect linked to the death of the late Mr Ebele Nwagha, aged 28 years from Ngo Igboukwu at Akuka Junction, Nkwo Market, on 15th December, 2020, is still in police custody and undergoing internal disciplinary procedure of the Force. He noted that the outcome of the investigations would be made public in due course.

”The CP stated this against the background of reports in some sections of the media, alleging that the suspect had been discharged and freed.

”He reiterated that the report was untrue, malicious, a product of fiction, and the handiwork of persons hell-bent on misinforming and misleading the general public, ostensibly to cause mischief and incite the public against the police.

”The CP therefore warned the originators and peddlers of the unfounded rumour to desist forthwith, as they would not be spared if apprehended.”

The CP, in the statement, also urged the public to disregard the report, while he assured them that justice would be served on the matter.