The event which had Catholic bishops, priests, religious and lay faithful in attendance, started with a Holy Mass at St Mary’s Parish, Nnokwa. 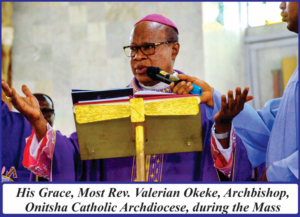 The homilist at the Mass, Rev. Fr Paschal Onwugbenu, urged the congregation not to fear death.

‘Death causes us denial, it denies us time; time to accomplish our goals, hopes and expectations, but in Christ, we have the authority to take away the power from death,’ he said. 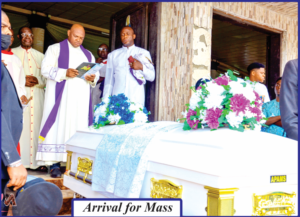 He also described the deceased as devoted till the end of her time on earth. ‘In spite of her illness that started many years ago that led to her leg being amputated, she was seen praying and singing just like Paul and Silas in prison.

Sickness did not stop her from doing everything she was supposed to do. She even paid condolence visits to families that lost their loved ones. She was a mother to all,’ he said.

Rev. Fr Augustine Ezeanya, son of the deceased, described his mother as religious and explained that she never joked with her prayers. ‘My mum took time to pray always. She was always faithful to novenas and thirty-three-day prayer and consecration. She woke up every morning by 3am to say her prayers. 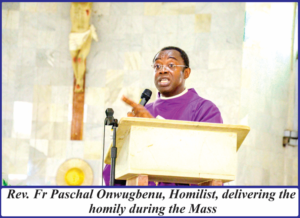 Through her fidelity to God and prayer life, her house help, now Sr Mary Euphemia Ugwu, got the inspiration to join the juniorate and she later became a sister of Immaculate Heart of Mary,’ Fr Ezeanya said.

Appreciating the bishops, priests and religious present at the Mass, the Catholic priest said his mother would be grateful that they were present at her burial. 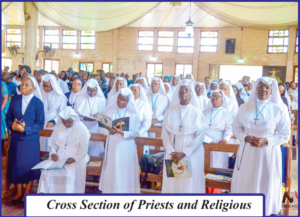 ‘If you are surprised at the number of clergy men and women here, my mother took out time to pray daily for them. She also cherished you. Thank you for coming,’ he said.

Fides recalls that Odugo Onyido was a mother to two priests and a sister among others, including Rev. Fr Augustine Ezeanya; Sr Nesta Ekenedilinna Ezeanya, IHM; and Fr Victor Anosike Ezeanya. She was survived by children, grandchildren and great grand children. 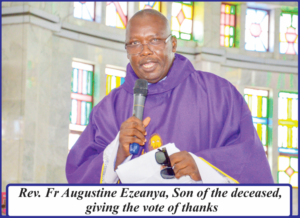 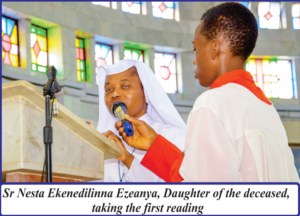 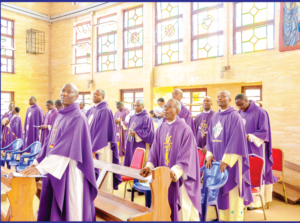 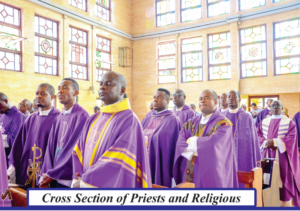 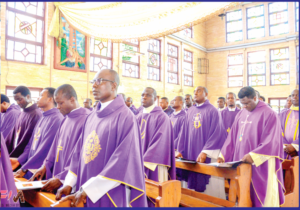