The people of Anibueze Village Odekpe in Ogbaru Local Government Area of Anambra State was on Saturday converged at the Palace of High Chief Ifeanyichukwu Nwankwo the Akuba II of Odekpe.

High Chief Nwankwo before his Installation as Akuba of Odekpe, is a philanthropist who can seriously be described as a friend to all. 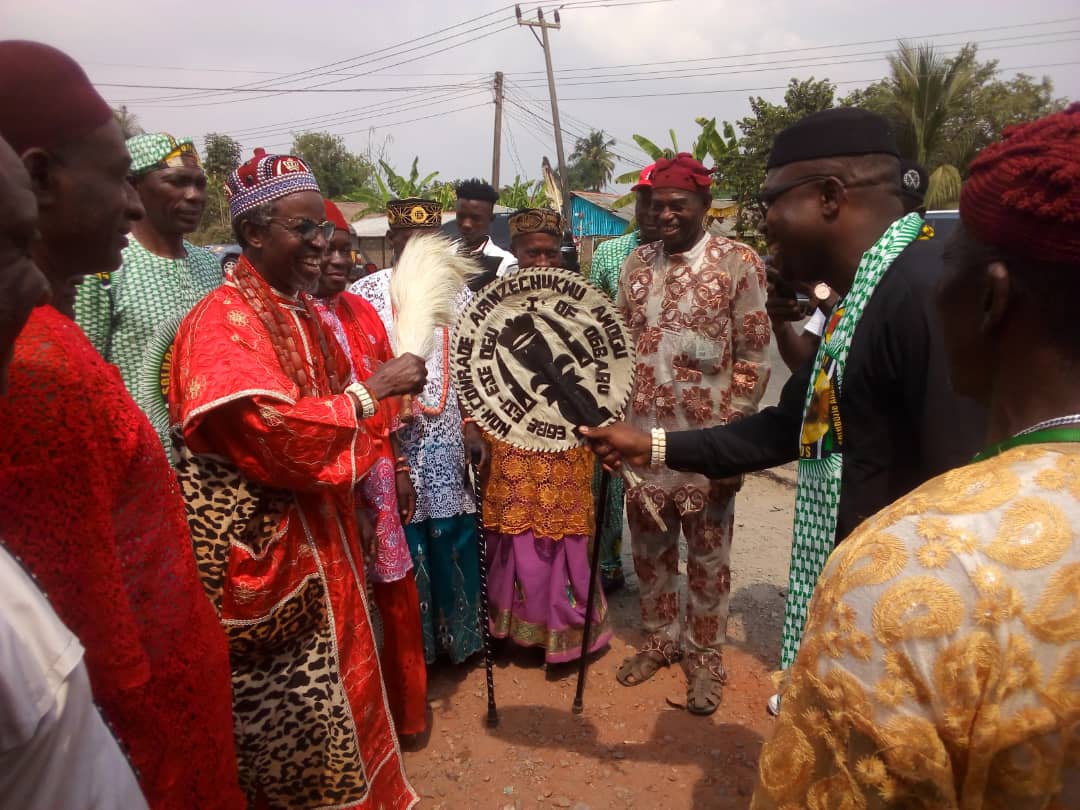 Many also described him as a golden fish which has no hidden place, filled with milk of human kindness.

High Chief Michael Emeka in a brief interview, said  Akuba II is a man of his words; he’s the best man for the throne and has propelled many to enviable height in Odekpe both in industry and politics as he had empowered many.

On his part,  Mr. Emeka Offili said Chief Nwankwo is a peace maker, truly a God sent to our generation. We are proud of him. His fatherly advise has changed the life of many youths in the Community. So with this position we know he will do more in rebuilding a better Odekpe.

Meanwhile, the Chiarman, Ogbahu Local Government Council, Chief Arinzechukwu Awogu (Ukwuoma kporo Ogbaru) has described Chief Nwankwo as a great achiever who is committed in Community development and a go-getter.