Msgr Sylvester Mgbemfulu, who recently retired as a priest of Awka Diocese after reaching the canonical age of seventy-five, having been in the seminary for over forty years, thirty-eight as Chemistry teacher at St. John Bosco Seminary Isuaniocha, has described the return of schools to the Church as the most fundamental, amongst other achievements of Peter Obi as the Governor of Anambra State.

Msgr. Mgbemfulu stated this last Monday when Mr. Peter Obi, immediate past governor of Anambra State, paid him a thank you visit at St. Theresa’s Catholic Church, Nibo, where he resides. 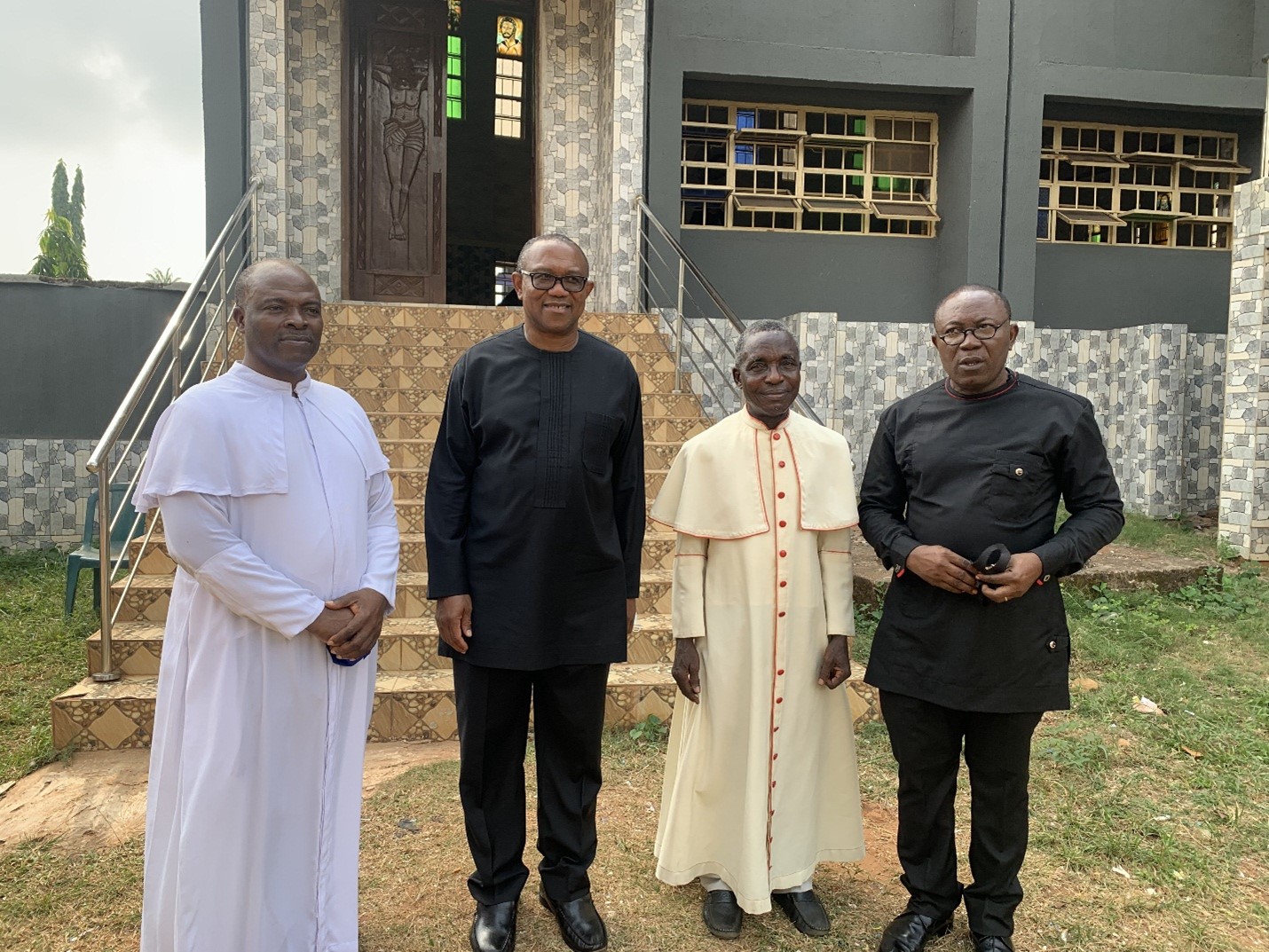 Mgbemfulu, who described the visit of Obi as surprising, prayed God to continue to protect Obi from the snares of the enemy and to give him the grace to continue to serve God through his goodness to humanity.

Responding, Obi said he read about Msgr Mgbemfulu after his retirement, and how committed he was as a priest and as a teacher, as well as how he spent the better part of his sacerdotal call on school apostolate and decided to visit him.

He further said the visit was to thank him for contributing to the education of the youth which Obi described as the best contribution for the advancement of society.

On Msgr’s commendation for the return of school to the Church by the Obi Administration, Obi said it should rather be the other way round. His words: ‘It is actually the government that should thank the Church for rising up to the requirements of managing education in the state that saw the state coming first in external examinations.’

Obi also said he insisted on visiting Msgr Mgbemfulu because he had always believed that those that sacrificed for the state and institutions of the state deserved to be celebrated at their old age.

‘The celebration comes in different ways, including naming institutions not just after politicians, but after people like the Monsignor, as well as prompt payment of the pension and gratuities of pensionable ones,’ Obi said.

On ground to receive Mr. Peter Obi was the President of Bosco-Savio Old Boys Association, and a lecturer at Oko Polytechnic, Mr. Celestine Ostende Oguegbu, who described Msgr Mgbemfulu as a rare teacher and Obi as also a rare leader who recognized the right people for commendation based on their real and positive contributions to society.

Making the vote of thanks, the Parish Priest of St. Theresa’s Catholic Church, Nibo, Rev. Fr. Sylvester Duru, said Obi’s visit was inspiring for people like him who were also the product of the Msgr’s thirty-eight years of intense and fruitful scholarship.