Contrary to widespread media reports about those who signed the bail bond of former Anambra State Governor, Willie Obiano, coming from Anambra, Fides can authoritatively reveal that no Anambra person was involved but outsiders, reports Jude Atupulazi.

Obiano, who was finally released from EFCC custody after six days last Wednesday, was arrested at Nnamdi Azikiwe International Airport, March 17, on his way to the United States of America. He had been detained for six days by officials of the country’s Economic and Financial Crimes Commission, EFCC, on allegations of corruption.

Obiano’s arrest came just a few hours after he had handed over to his successor, Prof Chukwuma Soludo, at Government House, Awka.

But in the days following his arrest, several names came up as those working for his release, including Senator Stella Oduah from Anambra North Senatorial District, where Obiano hails from.

Part of the conditions for his bail had been reported as the provision of a senator from his state and two directors from the Federal Ministry with Landed Property in Abuja who would stand as sureties for him. 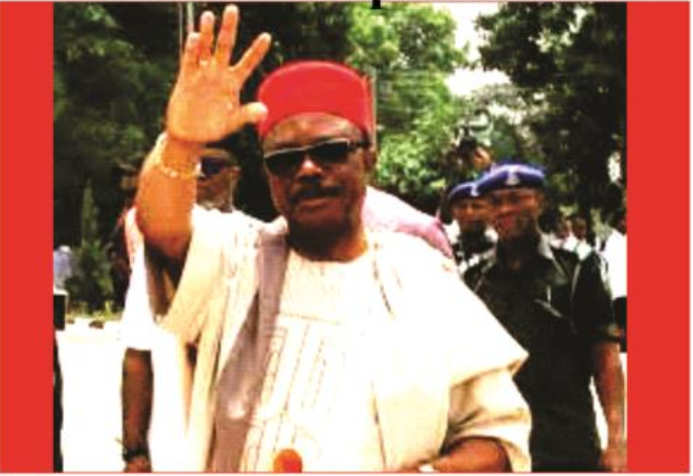 But a close and reliable source from the Obiano camp told Fides last Thursday on the phone that apart from nobody from Anambra State facilitating Obiano’s bail, there was never a time any senator standing for him formed part of the bail conditions.

According to him, what was needed were any two directors with landed property in Abuja and who need not be permanent secretaries.

‘This is the standard practice in such situations and not because it was Obiano.
And on those who signed his bail bond, I can tell you that no Anambra person was involved. It was outsiders who cared genuinely for him. Many people were coming; both those with genuine intentions and those coming to make political capital out of the matter,’ the close source stated.

Fides gathered that the Economic and Financial Crimes Commission, Wednesday evening finally released Obiano on bail, with his international passport being seized as part of the bail conditions.

There was also an unconfirmed report that his property in Ngozika Estate, Awka had been sealed off by the EFCC.

Obiano had been on the EFCC’s watch list since last year over corruption allegations.

A spokesperson of EFCC, Mr Uwujaren, was quoted to have said that Obiano was arrested for alleged misappropriation of public funds; including, N5 billion Sure-P and N37 billion security vote which was withdrawn in cash.

‘Part of the funds were also allegedly diverted to finance political activities in the state,’ Uwujaren told newsmen in Abuja, but both the EFCC spokesperson and the commission’s chairman, Abdulrasheed Bawa, refused to provide further details.

‘I don’t know what update you want me to give, because you have been accusing us of media trial and you want me to say we are doing this and that. No, we (EFCC) would not do that. We would continue to do our investigation professionally as we have been doing,’ Mr Bawa told journalists in Abuja.

A 12-second video of Mr Obiano in EFCC custody had gone viral and caused controversy. In the video, Obiano was seen dressed in shorts and a white shirt, drinking water from a bottle in a closed room presumed to be in EFCC custody.

The video had been widely condemned by many people who demanded an apology from EFCC, as well as the punishment of the official that leaked the video.

The EFCC said it had identified the officer responsible for the act and that he was already being subjected to appropriate disciplinary action.

Following this, Obiano is expected to remain in the country, pending the conclusion of investigations by the anti-graft body. Though many past governors had been exposed to such an ordeal, Obiano is the first from Anambra to go through that.