It may no longer be business as usual for criminals in Anambra State as the state governor, Chief Willie Obiano, has vowed to deal with criminal elements operating in the state and causing unrest. Obiano, who stated this last Wednesday at the launch of a book on his governance, re-stated the commitment of his government to go take the battle to criminals.

Fides recalls that a number of attacks had been unleashed on citizens and men of security agencies across Nigeria, as well as in Anambra State, in recent times. 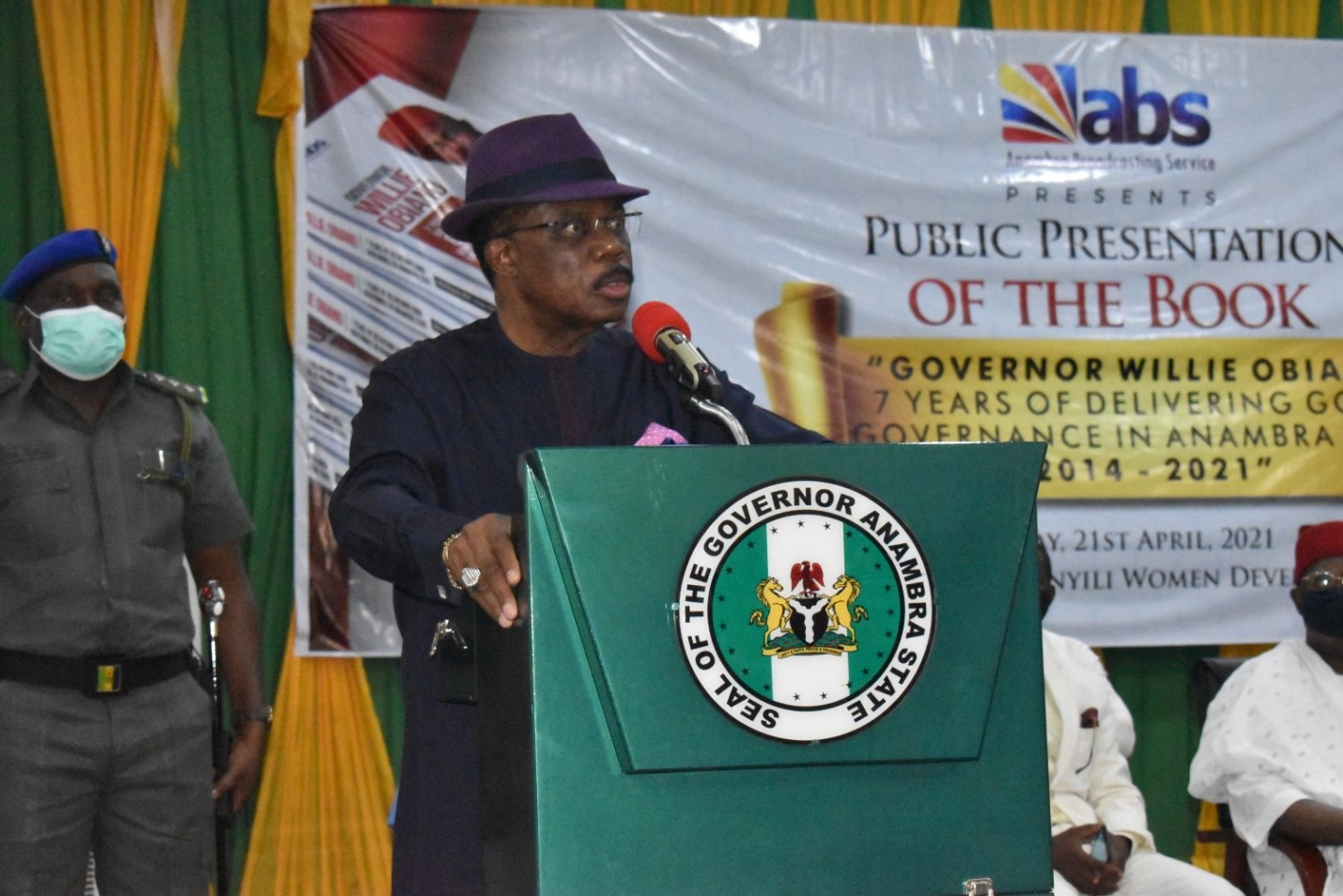 Beside the pronounced attack on a former Governor of the Central Bank of Nigeria and governorship aspirant on the platform of All Progressives Grand Alliance, APGA, in the November 6, 2021 election, Professor Chukwuma Soludo, there had been several reports of daylight robberies in places like Onitsha, and incessant killings by suspected rival cult groups in Awka, the state capital.

Obiano, who, spoke at Dora Akunyili Women’s Development Centre, Awka, Wednesday, April 21, 2021, said he had re-stategized with service commanders in the state on how to stem the tide of rising insecurity.

The governor in his speech disclosed that nine suspects arrested in connection with the attack on Soludo were in police net and would be dealt with decisively, while appreciating service commanders of various security agencies who, he noted, made commendable efforts towards ensuring that the state maintained its record of safest state in the country.

He also announced that the first and second batches of “Choose Your Community Project”, a programme which provided all communities in the state with N20 million for a project of their choice, and selection of local contractors, yielded fruit and boosted the state’s economy.  He added that a third batch of the project would be carried out before the completion of his tenure.

Commenting on the progress of the Anambra Cargo and Passenger International Airport, Obiano said his promise to deliver would not fail, even as Allen Onyema’s Air Peace, an indigenous airline, would land two airplanes on the 30th day of April, 2021.

He therefore expressed the hope that other Anambrarians who operated airlines would toe the line of Air Peace, landing their flights in the airport, while describing the airport as the best in Sub-Saharan Africa with state-of-the-art facilities and equipment.

Obiano regretted however, that the book which was unveiled did not capture a critical aspect, the choice of team members who had worked with him from when he took office in 2014 till date.

Other highlights of the event were the unveiling of “Governor Willie Obiano, Seven Years of Delivering Good Governance in Anambra State, 2014-2021”, a book of commentaries and public affairs analyses, profiling the achievements of the governor over a period of seven years.

The book was put together by the Anambra Broadcasting Service, ABS, and edited by its MD/CEO, Chief Uche Nworah, alongside Emeka Arinze.

Shortly before the unveiling, commentators, including the book reviewer, Professor Collins Okafor, of Political Science Department, Nnamdi Azikiwe University, Awka; C. Don Adinuba, Commissioner for Information and Public Enlightenment; Chimaobi Nwakor, who represented the chairman of the occasion, Benjamin Oguejiofor; and Chief Nworah, described the book as a compendium of the governor’s good works, delivered on the pillars upon which he began governance.

Prof. Okafor while reviewing the 244-page and 54-chapter book, commended the editors for the choices of colours and pictures used in designing the book cover, and described the governor as a man who was at home with nature and his people.

He however pointed few statistical discrepancies and elements that were missing in the book, but which were exonerated because contents of the chapters were written at different times.

Prof. Okafor expressed the belief that Obiano could do more within the remaining months he would stay in office, adding that Obiano could also tackle the security situation which he described as the handwork of people who intended to discredit his efforts in that aspect over the last seven years.

While the Information and Public Enlightenment Commissioner, Adinuba, repeatedly told the audience that the governor did not owe any contractor for any of the works done in the state, including the airport and 10-thousand capacity International Conference Centre, Chief Nworah and Nwakor lauded the governor for his efforts and described the book as a manual for others who would succeed Obiano.