The past few weeks have not been the best for Southeast governors, no thanks to their perceived passivity, docility and silence in the face of marauding attacks by Fulani herdsmen on the one hand, and the invasion of a part of the Southeast (Orlu) by soldiers on the invitation of the governor of Imo State, Hope Uzodimma, on the other.

The action or inaction of the Southeast governors had led to some people seeing the popularity of the leader of the Indigenous People of Biafra, IPOB, Nnamdi Kanu, as a direct consequence of that attitude of the governors.

Indeed, our governors had always seemed too anxious to be in the good books of Abuja, too eager to kow-tow before them and too ready to lick their boots. That was why, when the governors of the West were protecting their people by forming the Western Nigeria Security Network, code named ”Amotekun”, our own governors had dilly dallied and dragged their feet, apparently scared of stepping out of tune. This servile and timid attitude had only served to embolden those regarded as enemies of the Southeast to continue treating us with disdain and as though we don’t matter. 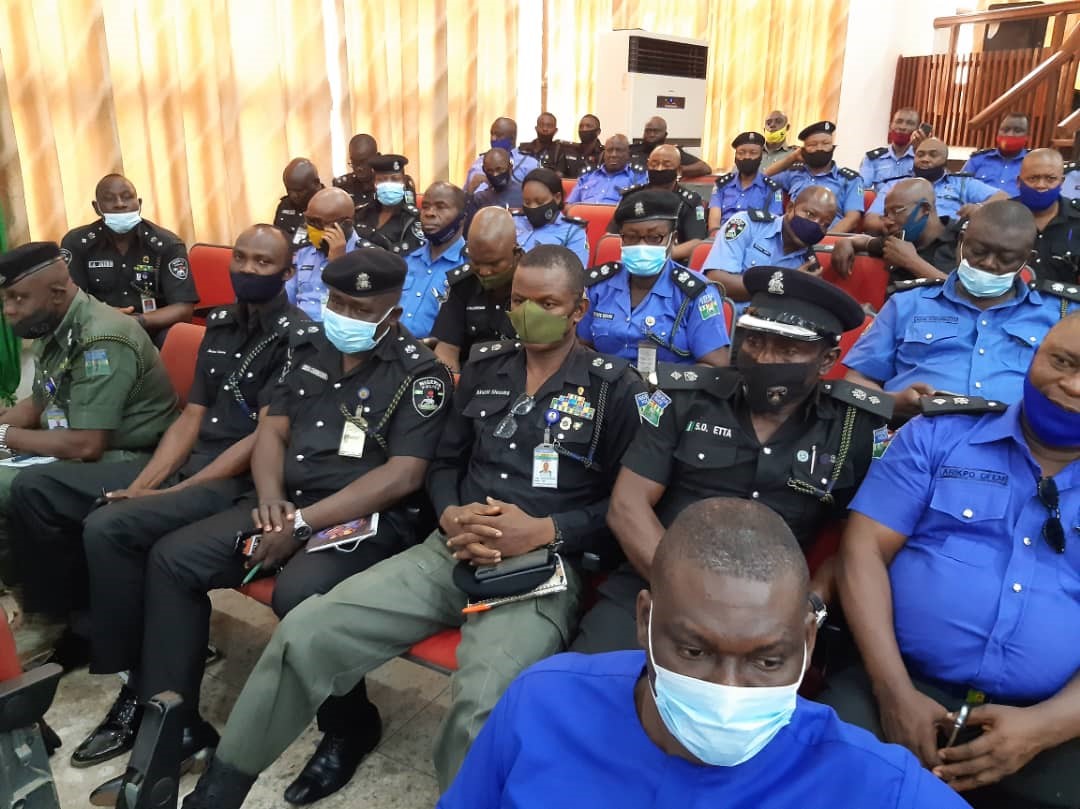 Thus, last Tuesday at Dora Akunyili Women’s Development Centre, Awka, during a stakeholders’ security summit, the Inspector General of Police, Mohammed Adamu, represented by the Deputy Inspector General of Police in charge of Finance and Administration, Joseph Egbunike, saw the activities of IPOB as posing more serious danger than the activities of the killer herdsmen. He started by calling for stricter measures against IPOB, whom he described as disturbing the peace and security of the Southeast Zone.

He could say this because he knew our people’s penchant to destroy our own while preserving those of others. But this time, he was very wrong. Our governor, Obiano, surprised everyone by standing up to declare the gun totting Fulani herdsmen as criminals and to be treated as such.

Obiano urged communities not to take the law into their hands, noting that there were structures on the ground to take care of their problems, describing communal crisis as a dangerous one.

He appealed to the traditional rulers to protect the life and property in their respective domains, saying that any traditional ruler who failed in his duty would be sacked and their certificate withdrawn.

In the words of Obiano, ‘Itinerant herdsmen in the state are criminals. I’ve directed the Commissioner of Police, Monday Bala Kuryasi, and other security agencies, not to allow them into the state. Any herder seen with arms such as AK47, should be treated as an armed robber.

‘Itinerant herdsmen are those capable of killing, raping and committing other atrocious crimes in the state. I want them to flee the state and its environs.’

He said his administration had been able to avert a major crisis that would have emanated as a result of farmer-herder clashes, attributing it to the strategies put in place by the state government, the communities and herdsmen resident in the state.

He called on the Commissioner of Police and his team to quickly resolve any pending issue dwelling on farmer-herdsmen in the state, while disclosing that the state government was taking census of herders in the state to ensure no itinerant herder was sighted anywhere around the state.

‘I have given directives to the Commissioner of Police and service chiefs to ensure that no itinerant herder is seen in the state. These itinerant herdsmen are the ones causing troubles such as rape, killing and other crimes. We don’t want them again in our dear state because security of people’s life and property remains my priority,’ Gov Obiano said.

No doubt these words must have sounded like music to the ears of many who had been pushing for some action from our governors in the Southeast. It must be noted that the current leadership of Southeast Governors Forum under Dave Umahi of Ebonyi  State has been lax compared to what it was during the days of Peter Obi as chairman of the forum.

While the forum under Obi acted and spoke with one voice, the one we have now does not even act, not to talk of talking. And while they kept mum, circumstances contrived to make a hero out of Kanu.

When therefore Gov Obiano released his bombshell last Tuesday, I’m sure the police hierarchy present must have been shocked. They were probably expecting the usual servile response to the IG’s submission. But the reverse became the case and a governor from the Southeast finally broke the duck and said what most people here had been dying to hear.

I’m therefore saluting Gov Obiano for acting like a man and calling a spade by its name. We have had enough of our leaders groveling before the powers that be in Abuja. It is time the menace posed by the herdsmen here was treated with the seriousness it deserves.

It pains us to the marrows that while the herdsmen move about with sophisticated rifles, our security agencies ignore them and will gleefully go against members of IPOB whose only crime, apart from their crude methods, is agitating for freedom from oppression, marginalization and intimidation.

They say that you cannot beat a child and expect it not to cry. The people of the Southeast have been beaten many times but stopped from crying. That is against natural justice.

President Muhammadu Buhari has been fanning the embers of disunity and anarchy by the kid glove treatment of the herdsmen and the Boko Haram terrorists. He’s even paying money to terrorists in the name of negotiations. These people merely collect the money and return even bolder after buying more arms with the Nigerian Government’s money.

Recently, after another round of ”negotiations” and payment of money, the terrorists kidnapped more students. Some people say these kidnaps are planned with agents of the Federal Government and have thus become big business. It is so very easy to believe that.

If not, how can the terrorists come into town from the bushes, enter a school, capture as many as three hundred students and pack them in their lorries or buses and then begin the return journey to the bush. All this while, no security official sees them, and these officials are supposed to be manning most strategic points in theNorth.

Are they trying to tell us that the security operatives are usually drugged whenever the terrorists carry out the kidnappings? And whenever the students are returned, they all look neat and wear new hijabs. That’s Nigeria for you; a land of deceit and missed opportunities.

Obiano’s recent directive will of course please a lot of people who will naturally expect Obiano to match his words with action. I will indeed expect him to do so. Only a fool will not know that a net is gradually closing around us as a people and the sooner we begin to take action to avert that, the better. The time for sitting on the fence is over.

There is no reason why some Nigerians who are not soldiers should be going about with AK-47 rifles while others move about with nothing. We should be concerned that till date, the Federal Government is yet to seek the sources from where the herdsmen get their guns. Ak-47 guns can only be used by soldiers and other security agents. The rifles are not what anyone can purchase easily; so from where do the herdsmen get theirs?

Recently, the Federal Government announced the mopping up of arms from licensed owners across the country. One would have thought the herdsmen would have been forced to surrender theirs too. But from what has continued to happen since then, hoping that the herdsmen would be treated like other citizens is now a joke.

All the Southeast governors should therefore meet and fashion out ways of safeguarding the zone. It should not be a one state affair, lest it fails to achieve its purpose. Obiano has fired the first shot and I expect others to do same. It is surely the only way to avert the coming Armageddon.