The Vice Presidential Candidate of the People’s Democratic Party, PDP, in the 2019 elections, Mr Peter Obi, recently paid a visit to the legendary former Principal of College of the Immaculate Conception, (CIC) Enugu, Rev Msgr Charles Ikeme, at his residence in Enugu, describing him as a great formator who moulded men of great character.

Addressing newsmen, Obi, who was accompanied by the former Commissioner for Works, Enugu State, Hon Ugochukwu Agballah; himself an old boy of CIC, revealed that the visit to the elderly priest was motivated by the need to identify with and appreciate such ‘living apostles that raised generations of great men.’ 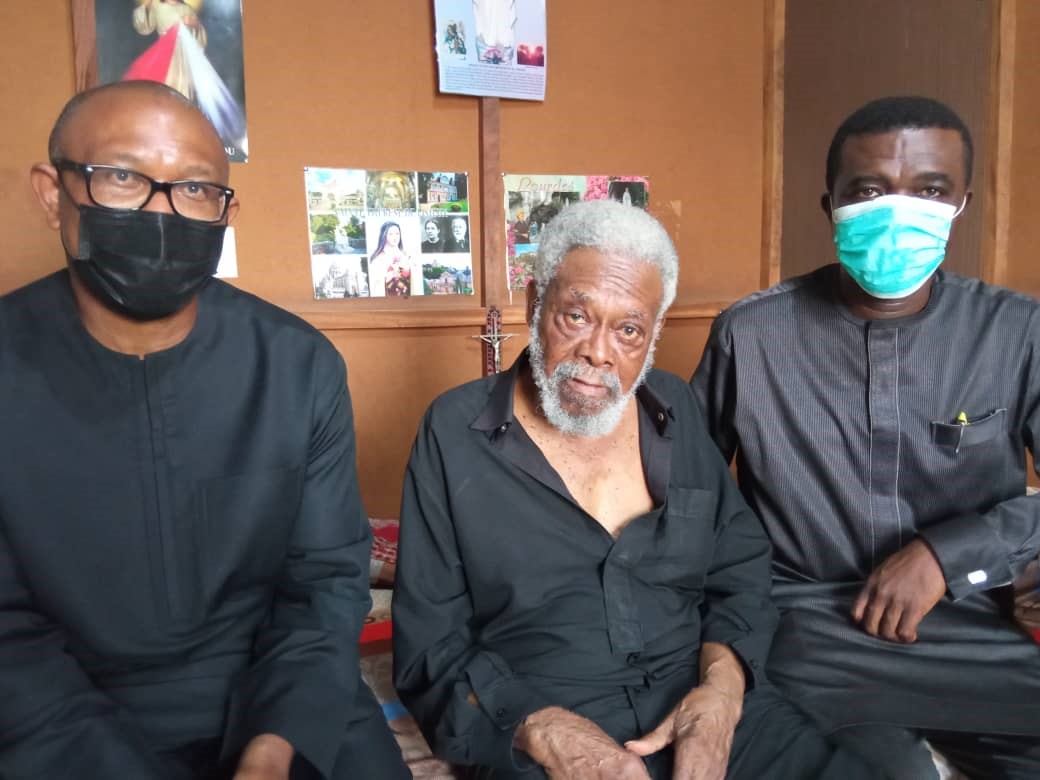 He hailed Ikeme’s formative style, which, he said, helped to build a past everyone was proud of and always referred to and to raise great men and women who were successful in different fields of endeavour across the globe.

Obi said the likes of Msgr Ikeme, Rev Canon Chiwuzie, Mr J. Chukwurah, Alvan Ikoku, and many others across the country, were instrumental to the human resources development of the nation and contributed in making Nigeria a reference point of greatness in the past.

Obi further appreciated Ikeme’s contributions to the development of the Southeast, saying that he raised a generation of Southeastern youths who took pride in hard work, discipline and good morals, a sharp contrast to what was seen today, he noted.

He called on teachers and formators at all levels to follow the steps of the likes of Msgr Ikeme, Fr Tagbo, among others, and leave positive and lasting impacts on their students.

Appreciating Mr Peter Obi and Hon Ugochukwu Agballah for their visit and show of love, Msgr Ikeme presented them with copies of his autobiography. He promised to continue to pray for them and pray for the nation of Nigeria, in distress.

Msgr Ikeme, popularly called Samankwe Odobro by students, is the first indigenous priest from Nimo, in Njikoka LGA of Anambra State. He was ordained a priest in 1958.