Obi of Onitsha Not in Ill-fated Abuja-Kaduna Train – Council

The Onitsha Traditional Council has described as false the media report that its traditional ruler, Igwe Nnaemeka Alfred Achebe, the Obi of Onitsha was in the train bombed last Monday by bandits on Abuja-Kaduna rail line.

Chinyelugo Anionwu said Igwe Achebe was in kaduna on the invitation of Armed Forces Command and Staff College, Jaji where he delivered lecture on Internal Security the next day. 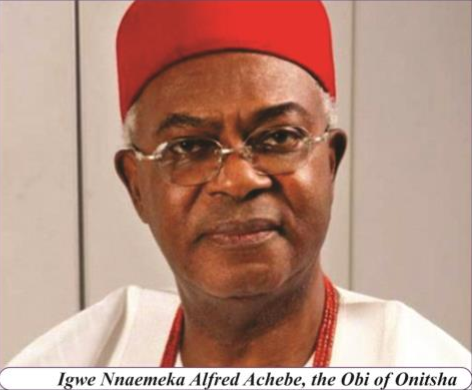 “The Council is surprised that days after the unfortunate incident, Igwe Achebe attended another event in Enugu where he explained that he had originally planned to board the attacked train, but later changed his travel plan.

“Due to the story narrated by Igwe Achebe in Enugu during the South East Leadership Press Conference, a news media decided to publish that our traditional ruler was in the train which is false”, he stated.

Chinyelugo Anionwu said that Onitsha Communication only lost her daughter and a medical practitioner Chinelo Megafu in the attack.

He called on the public to disregard the report, while praying for repose of the dead as well as quick recovery of those injured in the attacked train.