For 48 years of its establishment, the management of the National Youth Service Corps (NYSC) has said that the scheme would continue to raise new generation of Nigerian youths, who will see themselves as one indivisible entity and not Igbo, Hausa, Yoruba, Efik, Ibiobio, Fulani or other tribes, but as Nigerians.

This was as he also noted that the scheme had not only stood tall and brought about enhanced national unity, integration and fostered cohesion among Nigerian people, but that the youth have also contributed meaningfully towards reshaping the nation.

Meanwhile, the management said that the Director-General, Brigadier General Shuaibu Ibraham, had reshaped and strengthened the scheme by tackling all avenues of sharp practices as well as uphold the tenets, vision and mission. 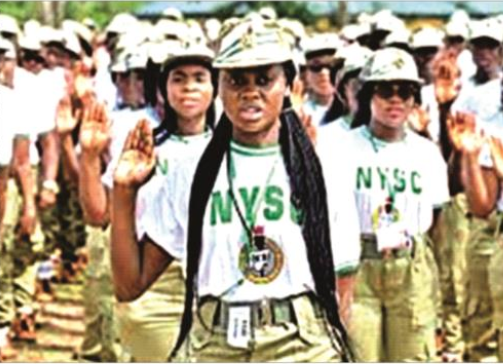 “They have a passion for national service. The vision of all graduates is to pass through the crucible of the NYSC to serve their fatherland during the one-year mandatory service year,” he added.

On the call for the scrapping of NYSC, Megwa, however, stressed that some detractors and some who did not participate or benefited from the NYSC are criticising the scheme negatively, realising that “it is the sole unifying body of Nigerians and therefore must be decapitated to further achieve this laudable objective.”

He noted: “There is no organisation so national in outlook, so diffused to the grassroots and so unity-and-harmony preaching like the NYSC in Nigeria. It is the largest and most educated youth organisation the country can ever boast of and the most organised as well.”

To combat the rate of unemployment as a policy thrust of the NYSC, Megwa, however, pointed out that the NYSC Skill Acquisition and Entrepreneurship Development (SAED) introduced by the scheme, had become a critical initiative driving the NYSC considering the number of corps members churned out yearly.

As part of the three-week Orientation programme, he said 10 days were set aside for vocational training and skill acquisition, during which corps members are trained in about 12 different trades/vocations.

He added: “Many of our corps members now learn different trades and vocations which equipped them to be self-reliant. Over 30 per cent of the corps members before leaving the camp for their primary assignment are already equipped in photography, agriculture, horticulture, ICT, hair dressing and fashion design, among other vocations.

‘They now create wealth and jobs. This is the way the country should go and NYSC has already keyed into it’ he concluded.