The growing insecurity in Nigeria is largely as a result of non-inclusivity in national development. The lawmakers should build an inclusive society where women and men shall be equal citizens; where youths and women shall be part of the government and shall have their voice heard and one way is pushing the Trust Fund Bill to its logical conclusion.

The nation needs to build an economic environment where business ideas will not be killed but nurtured into business empires; where men and women of skills shall realize their dreams and potentials. The youths have to be encouraged to strive collectively to end poverty, hunger and deprivation in the land using instruments such as the planned Youth Fund.

Still on social inclusion and poverty reduction using the Trust Fund; it is about having an inclusive society that is just, stable, tolerant and safe; a society where all members have equal opportunities, equal access to social benefits and equal rights to determine the set and pattern of social institutions that govern their social relations.

Sustainable economic growth requires inclusive growth and achieving inclusive growth allows economic planners to consciously empower the vulnerable groups as planned by the NYSC Trust Fund. Maintaining this is sometimes difficult because economic growth may give rise to negative externalities, such as a rise in corruption, which is a major problem of Nigeria as a developing country. 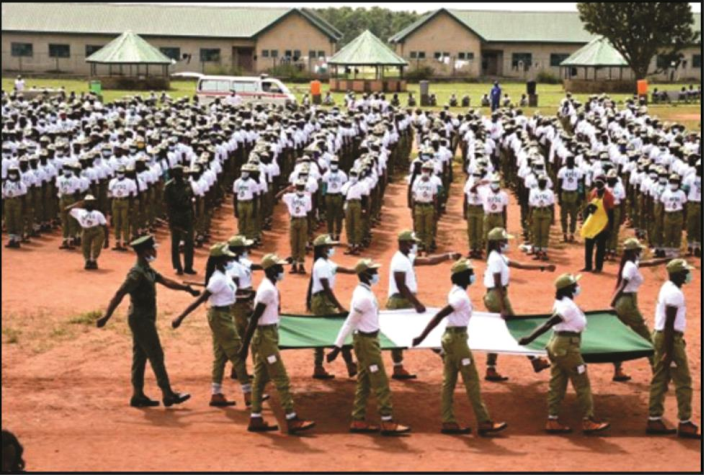 Research has shown that an emphasis on inclusiveness – especially on equality of opportunity in terms of access to markets, resources, and an unbiased regulatory environment – is an essential ingredient of successful growth. The inclusive growth approach takes a longer-term perspective, as the focus is on productive employment as a means of increasing the incomes of poor and excluded groups and raising their standards of living.

NYSC Trust Fund, on its final stage of passing into law in the House of Representatives, is actually meant to address inclusive growth in Nigeria and this fact was well canvassed during the public hearing on the Bill held on Thursday, February 24, 2021.

At the said public hearing, the Director-General of NYSC, Major-General Shuaibu Ibrahim informed the nation that the Bill sought to address the infrastructural deficit in the orientation camps, ensure adequate provision of other operational logistics, as well as address the problem of graduate unemployment in the country.

Now that the consideration of the Bill has progressed steadily having passed a second reading at the Green Chamber to reach the last stage, the lawmakers should put their seal on the revolutionary legislation. There is no doubt that when the NYSC Trust Fund becomes operational, the number of corps entrepreneurs will increase drastically, and they will in turn help to provide jobs for millions of other youths of the country. This will equally help to reduce the issue of security challenges faced in the country.

It is instructive that the majority of the lawmakers are products of the scheme as most of them are graduates of tertiary institutions who have participated in the scheme. From their varying and variegated experience going through the scheme, they will agree that corps members are grossly underutilised and one sure way of unleashing the real potential of the corps members is to empower them to be able to acquire new skills and put to use their training.

It is important to point out that where the world economy is headed is digitization and ICT. The nation will be killing many birds with just one stone with the NYSC Trust Fund – indirectly building digital economy, digital ecosystems, digital entrepreneurs, and many more since the youths cluster there.

The effect of the Fund is predictably foreseeable. Nigerian youths are creative, resilient, upwardly mobile and ambitious. Yes many will fall by the wayside but a greater majority shall grow through that intervention and become self-made, self-reliant and more importantly, employers of labour in no distant time.

That is the big picture that should form the allure for the lawmakers. For if the NYSC scheme were a school, Nigerian graduates under 30 by graduation are all alumni. Those of them in the House of Reps at the moment should consider themselves alumni and pass the Trust Fund Bill into law as a way of giving back to the institution, which made most of them.

Consequently, the appeal also goes to all friends of the scheme, including influential public figures, civil society organizations, students’ bodies, members of the academia and media practitioners, to send memoranda to the leadership and members of House to do the needful by passing the Bill establishing the Trust Fund.

The Bill sponsored by Akinfolarin Mayowa (APC-Ondo), ultimately ought to be unanimously passed as almost every member in one way or the other showed positive concern earlier.

Most importantly, this innovative fund is geared towards supporting the development of Nigeria through the reduction of unemployment particularly amongst the youth who will hopefully take advantage of the provisions of the Bill and the Fund itself to wean themselves off dependence on white-collar jobs that are simply not there.

When passed into law, private organisations are expected to contribute one percent of their net profit to the fund, while 0.2 percent of total revenue accruing to the Federation Account will be earmarked for the fund. This will be channeled towards improving the general welfare of corps members and enhancing their preparedness to effectively discharge their statutory duties of promoting national unity, integration, self-reliance and accelerated development of the economy.

As laudable as this piece of legislation is, one can also make haste to point out that it is one thing to make a law with far-reaching benefits as this Trust Fund is and another to manage it in such a way that its aims and objectives are actualized over time.

In making this assertion, one can draw attention to the urgent need to depoliticize the operations of the fund in terms of who benefits from it and not turn into a cash cow of sorts to political leaders. This is imperative if the nation must avoid the pitfalls of similar funds set up to empower targeted sections of the population.

The Fund and its operations will be building on the successes already established by the scheme over the years. The Trust Fund is an instrument that will galvanize the youth development plans of the government. All that is required at this time is a speedy conclusion of the legislative process and a timely assent to it by the president.

These countries have copied the scheme from Nigeria for its great achievements. Such countries are also waiting in the wings to further learn how Nigeria is reinvigorating the scheme of which the coming Trust Fund is one and will key in as usual.