NYSC To be Scrapped? Or Left Alone???

Just last week my daughter, Nkechi was posted to Lagos State for her National Youth Service Corps. You need to have seen her excitement. It was definitely infectious. She just couldn’t wait to be in camp. On the day she finally left for Lagos, I noticed that her joy was indescribable. As I dropped her off at the Asaba a

Airport that afternoon, I had my misgivings even though I tried so hard to conceal it. I was worried about a lot of things.

First of all, the insecurity in the country was not encouraging at all. All we get to hear in the news is how corpers are robbed, raped or abducted. We always get to hear about intending corpers posted from one state to the other, involved in road mishaps and how they all died in these road accidents. Indeed it has been really crazy going through news concerning this NYSC Scheme generally. 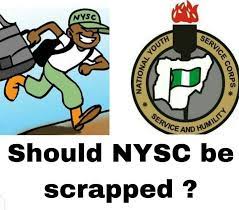 I was among the people clamoring that the NYSC Scheme be scrapped. It is painful for parents after going through hell and high water to train their children in different Tertiary institutions, instead of settling down to enjoy the fruits of their labour, they get bad news of these children losing their lives, all in the name of serving the nation.

I even forgot to add the Corps members who have died through stray bullets while working as electoral officers during elections.

The relevance of the NYSC Scheme has been questioned as more and more graduates lose their lives while serving a nation that has failed even their forebears.

How many Corp members lost their lives in 2011 during the general election? The other day I was talking with the new corp member that is now working here in Fides and she told me about the traumatic experience she had after being robbed of everything she had as a stranger in the land. That was the welcome she got. Well it could have been worse, so I thank God that it was only a robbery.

How many state governors have gone the extra mile to create avenues for the protection of these young people posted to their states?

Most times parents give their all to their children, just to see that they are comfortable as they will be far away from home for one year. At the end of the day, they get robbed and lose everything. Most times, they are scarred for life! A lot of them do not even recover from the trauma. What a country!!!

Anyway I have always said that no child of mine will go to serve this country in volatile regions in the name of serving their nation. Which nation? Nigeria? That’s laughable! Perhaps when the safety of these children is set as an agenda in every state in this country, then parents will consider posting them to every corner of the nation. 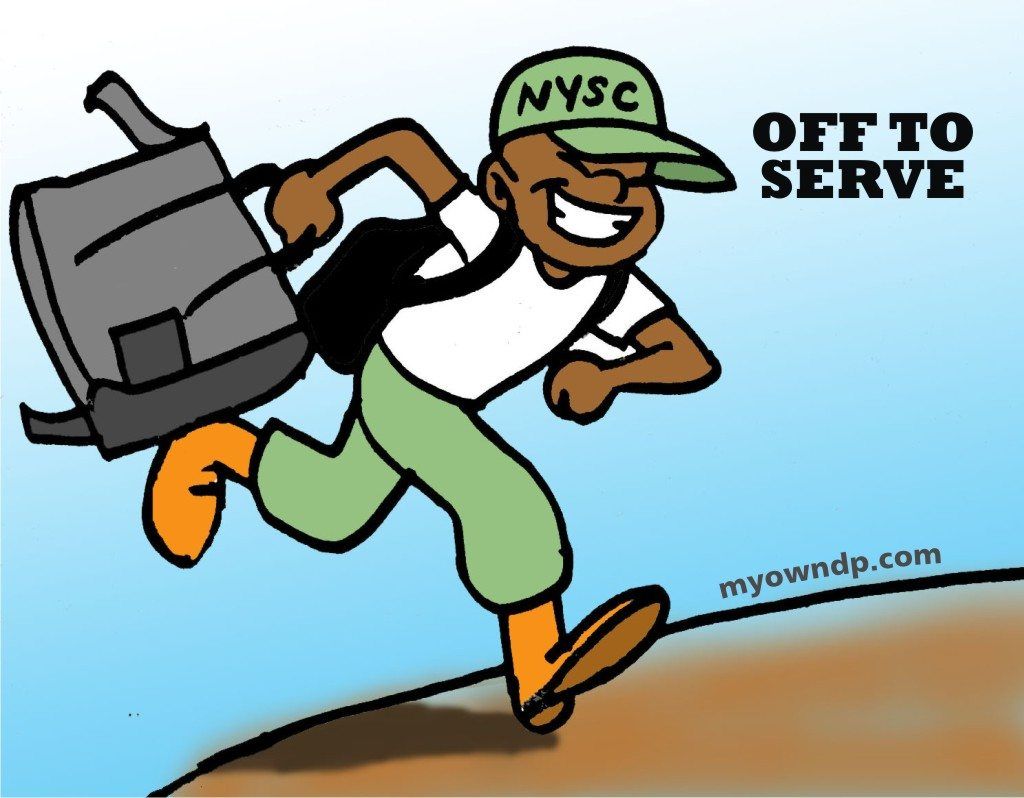 Come to think of it, why would any right-thinking person post anyone’s child to the troubled areas especially in the North where violence, banditry, kidnapping, rape and bloodshed have become the order of the day?

Why would anyone in their right senses post these children from the East to states like Kano, Katsina, Sokoto, Zamfara, Jigawa and Kebbi??? Is it not the height of insensitivity?

Isn’t it sad that terrorist groups have for years now, begun to use students to hold the Government to ransom? In 2014, it happened in chibok and our young girls were abducted by kidnappers. The Nigerian government claims that some of the girls have been rescued. I don’t even know if I should believe that piece of information or not. Everything in this country is politicized.

Did I mention Leah Sharibu, who is yet to be rescued even till now? Ever since she was abducted alongside her fellow students, no news has been heard from her except that she refused to denounce the Christian Faith during her abduction. Is she still alive? Is she dead? Nobody knows. Ike gwuru!

Recently, 5 corps members died on their way to camp. They left Akwa Ibom and were travelling all the way to Katsina where they were posted. Unfortunately, the car had an accident along the Abuja Road and 5 of them died. That was how their lives were cut short. Just like that.

A lot of people have blamed them for taking a night bus. They shouldn’t be blamed because most of these Northern states only have night buses plying their routes. The only blame I give their parents was allowing them to risk their lives in the manner they did. I told my daughter that they will rather forget the NYSC Scheme than report to any Northern state. Nothing is worth dying for. Certainly not this country.

The NYSC was created in 1973 to foster national integration. The question remains, has that goal been achieved? You and I know the answer to this question!!!

On August 4, a military aircraft was used to airlift the corpses of the five perspective corps members that died on July 28 along the Abuja Road on their way to their camp at katsina. I’m still wondering the reason behind their heroic treatment. I guess using the military aircraft to convey their bodies home for the burial will dry up the tears of the parents??? That is the most hypocritical thing I have ever seen in recent times.

Anyway as my daughter’s flight was announced, I prayed with her, wished her well and handed her over to God, our help in ages past and headed home.

One week into camp, I called her to find out if she was okay. She told me she was fine. I asked her if she had any challenges. She told me they were busy, but she will send me a message when she was done. She had these to say, ‘

1.The toilets here aren’t very comfortable for use so we need a renovation.

I guess she has the right to complain, but I’m glad she’ll be out in about two weeks from now. Beyond all this, my question still stands: Should NYSC be scrapped or left alone???? I need answers!!!!