NYSC: STILL RELEVANT OR DUE FOR THE THRASH CAN

Following the bill which called for the scrapping of the almost 48 years old national youth scheme, known as National Youth Service Corps, here is a report on what Nigerians think about the programme and whether it is still relevant in the face of the current situations in the country.

The National Youth Service Corps is a programme designed by the Nigerian government to engage young Nigerian graduates in nation-building and general development of their country. The programme, birthed in 1973, was a step further by General Yakubu Gowon’s administration in its post-civil war efforts of Reconstruction, Reintegration and Reconciliation.

The scheme was established based on Decree No. 24 which stated that it came into being ‘with a view to the proper encouragement and development of common ties among the youths of Nigeria and the promotion of national unity.’

Nigeria being a multi-cultural and multilingual entity country, with the scheme aimed to bring young graduates from across the nation to foster national unity and to remove prejudice, eliminate ignorance and confirm, at firsthand, the many similarities, as well as socio-cultural differences  among Nigerians of all ethnic groups.

However, despite the glorious beginning and achievements so far, the scheme has met with criticism from a cross section of the country, including complaints from corps members themselves about challenges they face year in year out.

One of the complaints has to do with remuneration which today stands at N33,000, which is just above the national minimum wage. There is also the general state of insecurity which had resulted in the death of many corps members during religious, ethnic or political crises while in the service of their nation. The tragic events had led to parents and stakeholders to demand a review of the scheme in its entirety.

In a bill sponsored by Honourable Awaji-Inombek Abiante, he gave reasons why the programme should be scrapped as the situation in the country no longer provides a good atmosphere for the security  and well-being of corps members across the country.

In the face of rising crime rates and acts of terrorism across the country, the bill calls for the winding down of the programme to avoid endangering the lives of the young Nigerians often mobilized annually for the scheme.

However, some serving corps members have a different perspective to the whole issue. According to some of them who spoke with  Sunday Tribune  their coming together  from across the country and from different cultural and ethnic backgrounds has afforded them the opportunity to relate seamlessly during the stipulated period at the different orientation camps across the country.

While speaking with Sunday Tribune, Ajiboye Enitan, a corps member currently serving in Osun State feels that the NYSC scheme is still serving its purpose. She listed its most important aspect as being able to bring together Nigerians from different backgrounds.

“To me NYSC still serves it purpose and one of the most important aspects or goals of NYSC is bringing Nigerians together.

My experience during this past week was a great one I must confess. I was able to learn (about) new cultures, languages and meeting new people from different ethnic backgrounds was also overwhelming.

“I made friends with corps members who are Hausa, Igbo, Yoruba, and those from the South-South and so on. And owing to my experience at the orientation camp, I look forward to travelling and touring the 36 states of Nigeria. I believe with NYSC, Nigeria will remain one and united, because we the youth are the leaders of tomorrow. I really do not mind marrying from any of the ethnic groups in Nigeria, because I was able to learn about other ethnic groups. My experience was a great one and I wish NYSC continues to enable it to continue to serve its purpose,” Enitan enthused. 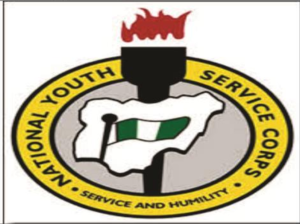 Also, for Hamzat Bisola, a corps member currently serving in Abeokuta, Ogun State, the experience was an interesting one, as it saw the coming together of different ethnic groups at the orientation camp in the state.

“It was quite an interesting experience. It brought together different people and it was really fun. We had a lot of activities as corps members and we were able to showcase our talents and cultures.

To me  NYSC is still serving its purpose and I feel it shouldn’t be scrapped.  In the camp, we were given orientation, paramilitary training and taken through some courses although it can be a little bit stressful. But I have come to realise we were just being trained to always be ready and smart. We combined a lot of activities together with lecture s. It shouldn’t be scrapped,” Bisola said.

Not only serving corps members are in support of the scheme. Tomiwa Fatokun, an ex-corps member also feels the scheme shouldn’t be scrapped, as it provides a means of livelihood for young graduates post-service. He explained that the allowance received by corps members during the service year is saved to set themselves up after service.

“It is not entirely serving the purpose of its establishment anymore, but it is serving a new purpose indirectly; (it is) giving graduates something to do for a year and a means of livelihood. It shouldn’t be scrapped. It still brings young graduates together and within the span of one year, a network is being established which even lasts for a life time,” Fatokun said.

Lucky Magaji, an artisan, also feels that the NYSC scheme should not be scraped, but it could be restructured to maintain the purpose of its establishment.

“NYSC should not be scrapped but it should be re-strategised in such a way that the corps members undergo some kind of intensive military training for self-defence and skill acquisitions for self-reliance. After that, some sort of remuneration should be given to the corps members in order to start living independently.

“The purpose of NYSC scheme has not been fully realised in recent times due to insecurity and high cost of living in some parts of the country. Some state governors have also been negligent concerning the welfare of corps members in their respective states of primary assignment,” Magaji noted.

Olawoyin Adedolapo, a photographer believes NYSC still serves its purpose and it should not be scrapped as it fulfils the NYSC scheme in terms of community development service (CDS).

“In my opinion, NYSC still serves a useful role and should not be scrapped. For instance, many graduates are unable to gain significant work experience while in school. The NYSC scheme bridges this gap by allowing graduates to work in their fields while gaining relevant work experience.

“Furthermore, one important aspect of the NYSC scheme is the community development service, where corps members volunteer to render service to their host communities. By volunteering, graduates do not only develop 21st century skills such as leadership, problem-solving, creativity and collaboration, they also forge life-long friendships that will help them in their future career,” Adedolapo said.

A political scientist, Solomon Usman, who is also a lecturer at the Obafemi Awolowo University opined that he does not subscribe to the scrapping of NYSC; rather, thoughts should be geared towards making the scheme more vibrant to cope with the emerging challenges of the time.

For him, during his time as a serving corps member, the scheme was the best thing that ever happened to him as there were no Batch C, stream 1, 2, 3. He noted that the scheme made him appreciate Nigeria’s multiculturalism.

“I do not subscribe to the scrapping of the NYSC. Rather, we should be thinking about how to make it more vibrant to cope with the emerging challenges. The benefit of having it far outweighs the risk of scrapping it. It can be remodeled, repositioned and rejigged but not in any way scrapped.

“Whether we like it or not, the NYSC provides chains of benefits to many people including farmers and market women that may not have been contemplated in fashioning out the scheme. Come to think of it, during the three-week orientation in their various camps across the country, these young graduates and their military, paramilitary and other civilians in those camps eat food.

“What that means is that some persons who grow the food items they consume are encouraged to produce more and smile not just to the banks because they sell to this high number of consumers, but because they are keying into government effort of agricultural revival for food security. If you scrap the scheme, yes, they may still go to the farm but the incentive to produce in high volume may not be there again. Mind you, by doing that, they are also contributing to the national economy.

“What about those people who set up all kinds of food restaurants in the mammy market within the camps? They make a lot of profits from their sales during the three-week camping that is almost becoming all year round due to the number of times the scheme mobilises. It will also interest you to know that, many youths who are engaged in one form of skills and the other like photography, barbing salon etc, are in the camps to provide these services to the prospective corps members.

“They earn legitimate living from there. This again, takes their minds away from crime and as the saying goes, ‘an idle mind is the devil’s workshop.’ Can you see the trickle-down or multiplier effects of having the scheme, not just for the benefits of the youth corps members but many other groups in the society?” Usman queried.

So the debate continues. Should the scheme be done away with, overhauled to meet the current millennial realities or just left as it is? Nigerians are eagerly awaiting how the National Assembly will resolve the issue.