According to the Coordinator, the 517 corps members were moved to Anambra State for lack of space in Delta State NYSC Orientation Camp, due to the ongoing National Sports Festival in Asaba. And others are moved to Edo and Rivers States also. 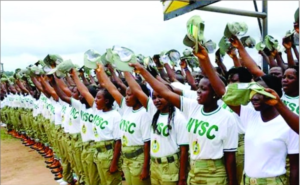 She said that after the course, the 517 corps members would be sent back to Delta to continue their one-year mandatory service.

Speaking further in her address, Mrs Iruma, implored the corps members to sustain a high level of discipline and enthusiasm in their service to their fatherland.

“I urge you to adapt quickly to the regimented structure of this orientation course, learn new things, unlearn a few others, make new friends and utilize the opportunity to contribute your quota to the development of Nigeria, Anambra State, particularly, in the Education Sector.

“The NYSC will also continue to support the Government of Anambra State in ensuring manpower development, healthcare delivery to the rural communities where they are needed and agricultural extension work to boost food production.

She advised them to also pursue acts that would promote national unity and development.

She expressed gratitude to governor Chukwuma Soludo, security agencies, corps employers, the media and other stakeholders for their support in the areas of security and the welfare of corps members.

Tribune Online gathered that the high point of the event was the administration of the Oath of Allegiance on the corps members by the Chief Judge of Anambra State, Justice Onochie Anyechebelu, who was represented by Hon. Justice Emeka Ezedi.