The Director Corps Welfare and Health Services, Mr Omotade Ayodele Benjamin, has told the 2021 Batch A stream II Corps Members that the NYSC is designed to foster unity and development.

He made this statement at the multipurpose hall of the Permanent Orientation Camp Ede, last Monday during his scheduled visit to the camp.

Again, he stated that the reasons Corps members were posted to States other than their States of origin or geopolitical zones is to foster the unity and development of the nation, by enabling them meet people from different tribes and ethnicity and build meaningful relationships and friendships. 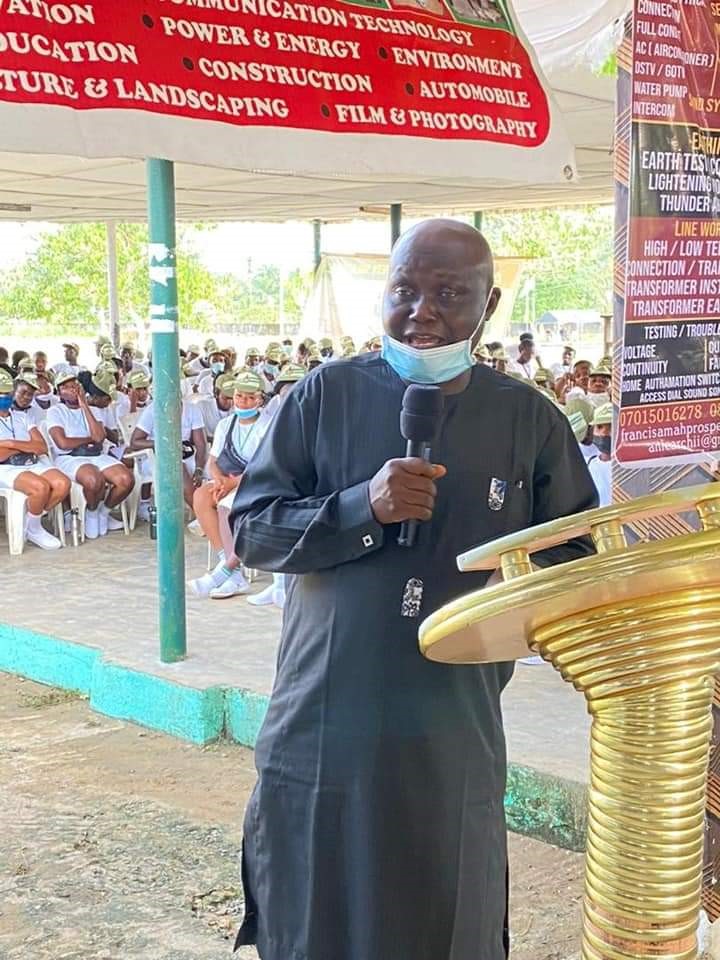 Mr Omotade advised the Corps members not to compromise their personal securities by engaging in illegal activities.

Furthermore, he enjoined them to stay in their original State of deployment to serve their nation as the people of the host communities need their services and expertise to better their lives.

Speaking further, he appealed to corps members  to embrace the Skill acquisition and Entrepreneurship Development Program during the course of their service year urging them to participate actively in both the in camp and post camp training of the program.

Lastly, he advised corps members to leave a positive legacy behind as that is only what will stand the test of times.

Earlier, the NYSC Osun State Coordinator, Mr Ayodele Adegoke in his brief appreciated Mr Omotade for his continuous show of support to corps members and staff alike in the scheme and for deeming it fit to visit during the ongoing orientation course.

According to him, the visit serves as encouragement for both officials and Corps members showing them that the scheme values and cares  about them.

He urged all corps members present to develop the spirit of contentment, patience and diligence as they are the required tools for societal development. He further charged them to allow their deportment to continue to reflect the discipline and commitment which their Batch is known for.

The event ended with the Director recognising and appreciating with cash gifts, the efforts of the various groups who had contributed immensely to the smooth running of the camp, such as: the OBS, camp officials, all platoons, cultural troupe, among others. He also presented copies of the book he authored to the state coordinator, heads of collaborating agencies and the overall parade commander