NYSC Can Be a Tool For National Unity

Someone had argued that such a shift in NYSC’s focus would be a mistake for several reasons. First, job creation programmes have a patchy record with tackling unemployment when labour demand is low. Secondly, the skills taught through SAED do not add much value to a university degree, which seems inappropriate given the program’s demograph.

But most importantly, pivoting to job creation detracts from the purpose of NYSC; “serving your country”. Although it would be nice if individual corps members did get some useful job experience in the process, which should not be the primary objective. These sentiments are inaccurate because empowerment of the youths through skills is something that would last for a lifetime.

How can we reform NYSC? By doubling down on what it gets right. Despite its flaws, NYSC is critical in the health and education sectors. The NYSC Health Initiative for Rural Dwellers has benefited thousands of Nigerians, many of whom would not have gotten access to proper health care without this programme. Likewise, corps members have helped plug teaching gaps in rural schools.

No wonder the prominent civil rights advocacy group, the Human Rights Writers Association of Nigeria (HURIWA) has expressed great concern about the Bill seeking discontinuation of the scheme.

HURIWA cautioned that the move might worsen the level of insecurity in the country, adding: “If you scrap NYSC, what are you going to do with these young graduates who have come out from the university with nothing to do? “Don’t you think that it will heighten the insecurity situation in the country? Don’t you think that it will make our youths be very despondent and then begin to fight the government?” 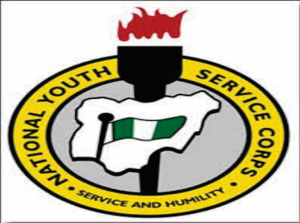 On the issue that corps members are now being posted to their geopolitical zones, HURIWA opined that there is nowhere in the NYSC Act that people should not be posted within their geo-political zones.

‘Specifically, Section 1, Subsection 4 D of the NYSC Act, states that corps members should be posted to states other than their own and in given them assignments, they should make sure that people from different sections of Nigeria are within that place’.

Indeed, the National Youth Service Corps has no doubt proved to be so pertinent to the corporate existence of the nation. The general consensus among Nigerians has been a suggestion for several reforms that should be carried out to reposition the Scheme in line with contemporary realities so that its impact will be more. It is also to be noted that any investment and whatever the energy exerted to reposition the NYSC must be seen as judicious and patriotic.

The prospect of NYSC is quite reassuring as beyond national unity, several enduring people-oriented Community Development Service projects executed by Corps members dot the landscape, nooks and crannies of the country and more are unfolding through the creative initiative and ingenuity of youth Corps members as part of their patriotic contributions to national development. Therefore, eliminating NYSC wouldn’t make the government more responsive in the short term, and many communities would be made far worse off than before.

Finally, for NYSC to succeed, corps members safety has to be taken seriously. This is especially true because the national service scheme, by design, separates corps members from the safety nets that Nigerians have to come to rely on; their families and communities.

Since corps members are considered ‘government pikin’, we should expect that the safety of corps members be given particular priority. This writer is aware of the efforts made by Brigadier General Shuaibu Ibrahim led  management of NYSC to partner with Army, DSS, and all relevant security agencies to give the highest consideration to the safety of corners in their areas of operation in Nigeria.