Brig. Gen. Shuaibu Ibrahim, Director-General of the National Youth Service Corps (NYSC) has urged corps members to give priority to their personal safety in the course of their service year.

Ibrahim, who addressed the corps members last Wednesday at NYSC Umuawulu/Mbakwu Permanent Orientation Camp, Awka, Anambra State through video conference, said that at all times corps members must help the scheme to protect them.

He said that mechanisms have been put in place to monitor the conduct of corps members during their service year, adding that any of them that violates the NYSC Bye-Laws would be sanctioned. 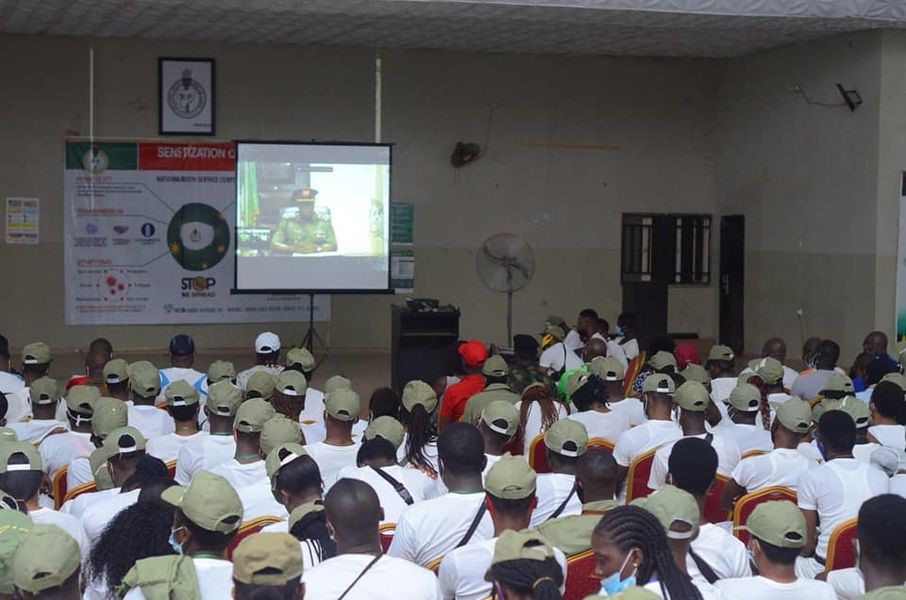 He further warned them to keep away from night parties and night journeys, adding that no corps member should travel without official permission from the scheme.

‘Take your security very serious, avoid lone movements and do not make yourself vulnerable and available to criminals.

‘Board vehicles from designated car parks only to avoid falling into wrong hands. Avoid negative use of social media instead use it to promote the unity of the country,’ Ibrahim said.

The DG urged the members to avail themselves to the Skill Acquisition and Entrepreneurship Development (SAED) programme of the scheme instead of waiting for white-collar jobs at the end of the service.

He added that the programme was aimed at empowering the corps members for self-employment and wealth creation.

Ibrahim explained that on completion of the skill acquisition, SAED partners with the Central Bank of Nigeria, Bank of Industry and a host of others to empower them to finance their businesses.