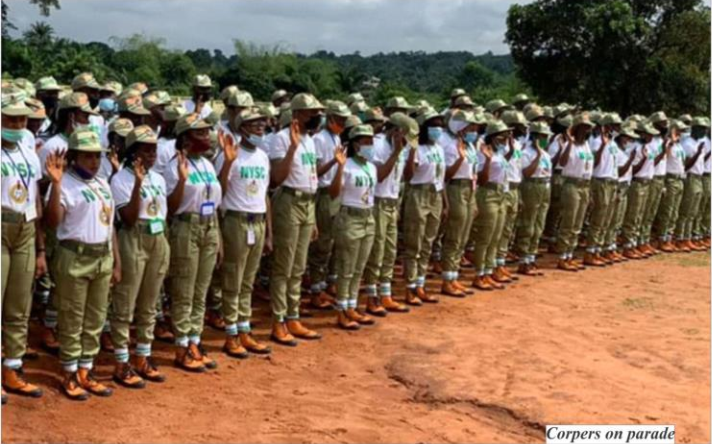 The Governor also declared that divine providence has brought the corps members to Anambra State, the headquarters of entrepreneurship in Nigeria. Obiano who was represented by Mrs. Yetunde Baderinwa, State Coordinator, NYSC Anambra State revealed to them that they would be introduced to vocational skills that would enable them to become self-employed while charging them to take advantage of the trainings and learn from the imitable entrepreneurial skills and spirit of Anambra people.

He further expressed his gratitude to the management of the Scheme in the State for carrying out her posting policy in tandem with his administration’s home-grown entrepreneurship development initiative, adding that his government will continue to lend support to the NYSC despite dwindling resources.

He advised them to strive to exceed the achievements of their predecessors as unbiased umpires as they get set to participate in the Anambra Gubernatorial Elections of November 6, 2021. He also assured them that the safety and wellbeing of corps members would always be a priority to the Government and hospitable people of Anambra State.

He charged them to exhibit the highest degree of loyalty, dedication, discipline, and commitment to National ideals. He thereafter declared the 2021 Batch ‘B’ Orientation Course in Anambra State opened.

A total of 1264 corps members were sworn.