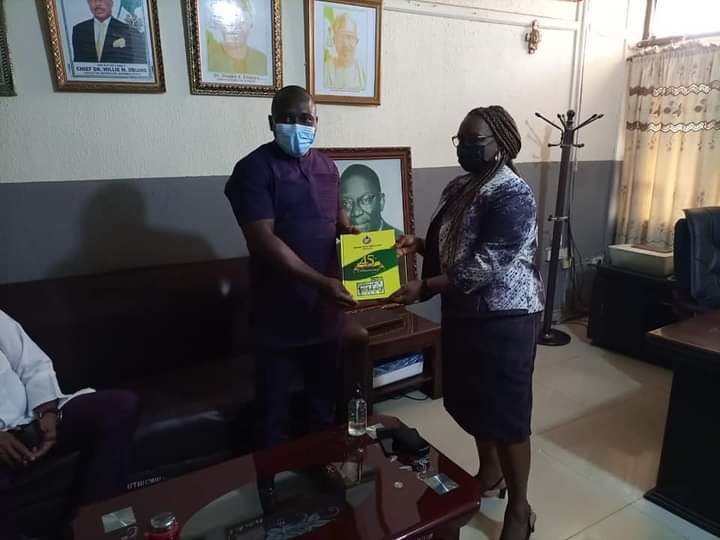 He also stated that the hospital will continue to assign doctors to work with corps doctors during orientation camps, assist the Camp clinic with drugs, partner with NYSC in reaching out to Rural communities during their Health Initiative for Rural Dwellers, HIRD. and called on the scheme to carry the hospital along during the preparation of such activities by availing them with timely information on their expected roles.

Earlier, the state coordinator, had informed the CMD, that she was in his office to express the management’s appreciation to the hospital for their numerous contributions to the scheme in the state.

Mrs Baderinwa appealed to the CMD for sustenance by assigning doctors to work with corps doctors in their camp clinic, assisting the camp with drugs to run the camp clinic and also as professionals in Health care delivery during the HIRD exercise