Eleven years after his initial shot at the seat of power in Awka, the candidate of the All Progressives Grand Alliance, APGA, in the just concluded governorship election in Anambra State, Prof Chukwuma Soludo, is finally set to be sworn in as the governor of the state.

The returning officer for the election and Vice Chancellor of the University of Calabar, Prof. Florence Obi, announced the final result at about 1:50am on Wednesday. 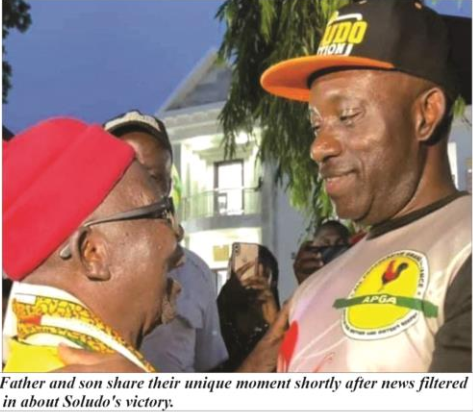 Obi announced the result after adding the figures garnered by each of the political parties in last Tuesday’s supplementary poll to those already declared the previous Sunday from the 20 local government areas of the state.

Obi said, ‘This is the moment we have been waiting for. I want to use this opportunity to thank the chairman of INEC and his team for this opportunity given to me and my university to partake in this Anambra 2021. I thank the service chiefs and the people of Anambra State. We remain very grateful.

‘Allow me to read this form EC8E, which I have completed. I, Prof Florence Banku Obi, hereby certify that I’m the returning officer of the Anambra governorship election held on 6 and 9 of November.

‘That Charles Chukwuma Soludo of APGA, having satisfied the requirements of the law, is hereby declared the winner of the election,’ Prof. Obi said.

In his acceptance speech, titled ”A Divine Journey Whose Time Has Come”, Prof Soludo said the result reflected the supreme will of God, and an overwhelming sacred mandate of the people.

His words, ‘For 12 years since the massive clamour by the people of Anambra for us to serve them, we persevered to this divine moment. This is a divine journey whose time has come. To God be all the glory and adoration!’

He thanked those, who, he said, made his mandate possible. They include, Gov Willie Obiano; APGA national chairman, Victor Ike Oye; members of the BoT; NEC; state exco of the party, among others. 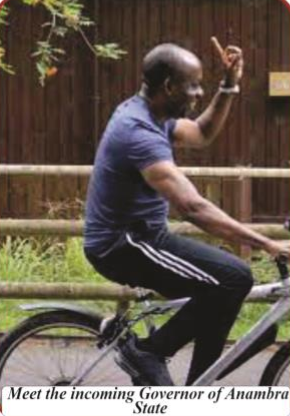 He also thanked his campaign committee; legal team, and all other stakeholders, including the Church; traditional institution; and other groups, who, he said, worked tirelessly and informally for his success.

‘We are humbled by the massive support of stakeholders and Nigerians across the entire country. Your donations and goodwill are treasured. In particular, I thank my wife, Queen Frances Nonye Soludo, and children: Ozonna, Ifeatu, Chinua, Ekene, Oduko and Zikora, for their love and sacrifices. Despite your deep reservations, you still allowed and supported me to step out in the service of our people. As I promised, I will work hard every day never to disappoint you,’ Soludo assured.

Soludo who recalled the sacrifices of people like his aides who were killed by hoodlums, prayed for the peaceful repose of their soul.

He said the use of Bimodal Voter Accreditation System (BiVAS) represented a massive improvement over the Card Reader and manual accreditation system.

He expressed the hope that with continuous refinement of the technology, upscaling of the skills of its operators, collaboration with telecommunication companies, improvement in logistical deployment and security, and stringent punishment for anyone involved in electoral malpractice, Nigeria would be on course to a robust and exemplary electoral system.

‘To my fellow candidates in the election, I wish to congratulate you for the gallant contest. Our people have spoken overwhelmingly, and surely that loud voice is the voice of God. The ultimate winner is Anambra people: we are all winners. I hereby extend my hand of fellowship to all of you. I need all of you to succeed. Politics aside, we are all brothers. Let’s come together for “Project Anambra”.

‘There is enough room for everyone to contribute in the service of our homeland. On February 7th, 2010, INEC declared as winner of the Anambra governorship election, a candidate who had described the election as a sham on Channels TV and refused to vote in protest. Two hours after the declaration, I addressed a press conference and congratulated him, and walked away without a legal challenge. I was probably the first candidate of a major political party to do that in Nigeria. In Anambra, we fight hard during elections but meet the next weekend at traditional weddings and funerals and throw banter and share drinks.

‘That’s the Anambra way! Let’s keep the “spirit of Anambra” alive and strong, and with it, collectively take our homeland to the moon. So far and even before the official declaration, I have received congratulatory messages from thousands of Ndi Anambra and Nigerians from around the world, including some of my fellow candidates. I deeply treasure the massive goodwill,’ Soludo said.

‘Working in collaboration with other states, the federal government, and the international community, we have all that it takes to make our state whatever we collectively will that it can be. As we transit to a post-oil world and into the 4th Industrial Revolution, let us work together to build upon the foundations of our founding fathers and predecessors to create that livable and prosperous homeland that is the industrial, technology and leisure hub of West Africa. This is our manifest destiny, and collectively we shall get there,’ he further stated.

As at press time, the candidate of the All Progressives Congress, APC, Senator Andy Uba, who came third, was yet to congratulate Soludo.