Nobody who is passionate about Nigeria will be happy with what happened in the country recently as the various political parties held their primaries. The primaries have been nothing but a sham and what should never happen in a true democracy. Fresh from the scandal of the outrageous amount fixed by the two major political parties for the purchase of forms (PDP, N40m and APC, N100m), Nigerians never expected that more shocks would come. But they came before and during the party primaries. 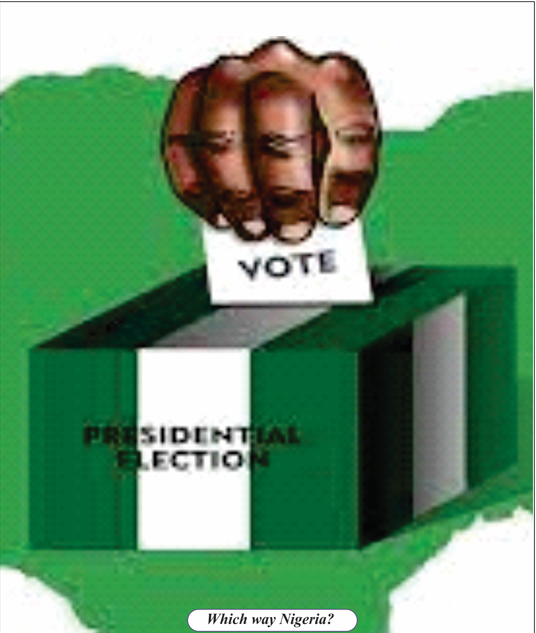 In the run up to the primaries of the two big parties, Nigerians watched in shock how the same politicians who have held the country by the jugular for years rolled out what many believed was stolen money to woo delegates as they toured the states. But that was child’s play to what panned out in the primaries as delegates were literally drowned in money by the contestants. It was no longer a question of what the aspirants had as their manifestos but how much they could splash. This new trend has just about closed the way for genuine candidates who cannot match the rogue politicians for money. It means that from henceforth, the size of one’s pockets will determine one’s chances of attaining any level in politics.

Worse still, the delegates who are supposed to hold brief for the people have sold their conscience for filthy lucre, forgetting their role. Yet, tomorrow they will cry when things go bad. What happened in the past few days has been nothing short of a mockery of democracy which took Nigeria to a new low.

At the moment, it seems the country is sliding unchecked to the precipice of ruination unless something like a deus ex machina happens. It is the probability of this happening that still gives some hope for the country. But then, it is something only the masses of the country can determine. It is a time for the long suffering masses of Nigeria to take back their country from the corrupt political class.

It is no longer going to be an issue of party affiliation but that of salvaging the country from a permanent collapse. It is therefore extremely important that the masses acquire their PVCs, the only weapon they can use to reject the thieving political class. This is no time to be social media tigers but a time to make a strong statement that it is still the people that hold the power.

Every institution should start mobilizing Nigerians to get hold of their PVCs. The Church, communities, market unions, schools, transport unions, among others, should go to work and try one last time to salvage the country. Failure to do this may well see the country take its last breathe as an entity.