The Nigeria Union of Journalists, NUJ, Anambra State Council, last Tuesday paid a courtesy visit to Fides Communications, Awka, to congratulate the paper on its award of Best Proximity Value/Balanced newspaper by the Catholic Secretariat of Nigeria, CSN, in Makurdi, Benue State.

The NUJ delegation was led by the chairman, Sir Emma Ifesinachi, accompanied by the state secretary, Comrade Emmanuel Udeagha, and other members of the newly elected executive.

Recalling the events leading to the award, the Director of Fides Communications, Rev Fr. Dr. Martin Anusi, said the communication outfit was also evaluated and hailed for its diversification in respect to her online presence and conquest.

This is even as he attributed the success of the paper to the Management and members of staff of the paper, hailing their passion and commitment to work. He likened the Fides workplace to a family and a platform for self-development.

Fr. Anusi appreciated the state Governor, Willie Obiano, for his reaction towards the award and the Commissioner for Information and Public Enlightenment, C Don Adinuba, for his support to Fides.

Welcoming the state executive, Fr Anusi noted that Fides was proud to be a member of the NUJ, pointing out that it was evident in their continued positive response to contributions and activeness.

He thanked the NUJ delegation for the visit and expressed the hope that the council would remain on the right course.

The Fides Chapel Acting Chairman and Editor-in-Chief of Fides Newspaper, Jude Atupulazi, registered his appreciation to the NUJ state executive for their visit to the Fides family, even as he said that the award was received because Fides had conquered her environment through the joint effort of staff and Management.

He commended the Management for creating a work friendly environment for all staff members, noting that it had enabled them to contribute their best to the growth of Fides.

While expressing delight with the testimonies of the management and editorial board of Fides, the state NUJ Chairman, Sir Ifesinachi, acknowledged the tremendous progress recorded by Fides recently and revealed that the Union was always happy to read Fides and advised that they should continue on that positive note and improve where there were gaps.

Mr. Ifesinachi also disclosed plans to begin a workshop to train Journalists in the state on the need to embrace professionalism in the field, noting that the internet had taken over the global space. He charged journalists take over the space positively.

Speaker after speaker, including Mr. Francis Ekpone, and a media aide to the governor, Mr. Okechukwu Anarado, described Fides as one of theirs and as such should be celebrated for surmounting all odds to achieve great heights.

For her part, the Assistant Editor Fides Newspapers, Mrs Uche Amunike, thanked the Union for their visit and acknowledged that the work friendly environment created by the management was what propelled staff members to do their best. She explained further that teamwork and love were keys to their success.

The Fides Director 1, Fr. Obinna Dike, during the toast, appreciated all for being present to partake in their joy while he thanked in a special way the state government for the enabling environment created for journalists in the state. 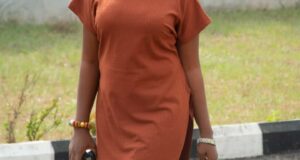 Fides in 2020- a Challenging Story With A Beautiful Ending 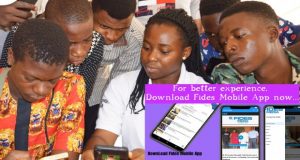