The Commissioner of Police Osun State Command, Olawale T.Olokode has pledged the unflinching support of the Nigerian Police Force to the NYSC scheme in the State.

CP Olokode made this known when the NYSC Osun State Coordinator, Mr Ayodele Adewale Adegoke paid him a courtesy visit with his team in his office in Osogbo last Tuesday.

Speaking further, the Commissioner said that both the NPF and NYSC are partners in progress and as such will always complement each other as the need arises.

In addition, he highlighted the security of corps members as a primary concern of the NPF and he vowed to put all measures in place into ensuring that corps members in the State enjoy maximum security. 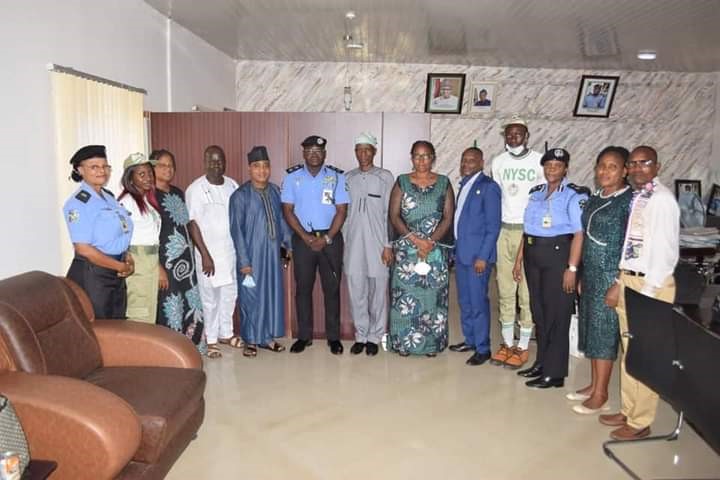 Earlier, the NYSC Osun State Coordinator, Mr Adegoke had expressed his delight at the several years of fruitful partnership enjoyed between the NPF and the NYSC and hopes for the continuation of the same even as a new leadership takes the helm of activities in the force in the State.

Again, he spoke of the all important role that the NPF has played in the past in ensuring the smooth operation of the scheme predominantly during the orientation exercise as well as post camp activities.

In conclusion, he solicited for a higher level of protection and assistance to corps members in the wake of incessant kidnappings, killings and armed banditry ravaging the country.