Now It is Evening: Thinking of Retirement for Priests in Nigeria (Part 2)

The consequence is that dioceses as institutions have not grown accustomed to making provisions or planning for retirement of priests. Priests work until they become so old that they are no longer capable of pastoral function. Furthermore, because the idea of priests retirement is a recent development because few native priests have grown to the age of retirement. The incidence of retired priests was rare in the past because the cohort of priests ordained in the past who lived up to age they were expected to retire was very rare. The white missionaries who evangelized much of Nigeria and Africa in general generally retired back to their country of origin where retirement provisions were made for them. However, the incidence of local ordinations increased astronomically from the 1970s when ordinations became frequent as pastoral need increased. In actual fact, the first major wave of priests’ retirement in the South of Nigeria, for example, is just setting in with the cohort of priests ordained in the early 1970s. Subsequently, the rate of retirement will accelerate in tandem with the accelerated growth in priestly ordinations from 1974 when 20 priests were ordained in one single ceremony in Holy Trinity Cathedral Onitsha. It is estimated, for example, that by 2031 about 425 priests will be in retirement in the 13 dioceses of the South East alone. 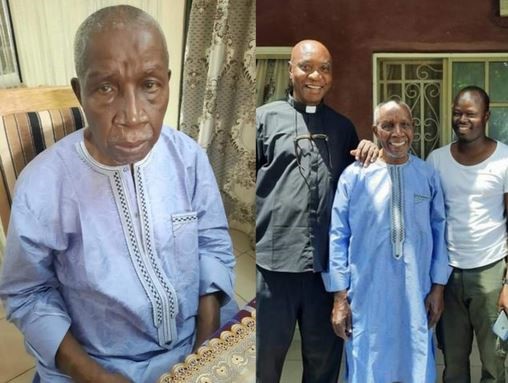 Unfortunately, the first major cohort that signaled the vocation boom in Nigeria were born about later 1940s and are now on the brinks of retirement. They will be like an experimental class on how the local churches will deal with the challenge of provisioning for retirement of priests from now on. There will be a lot of learning-by-doing. Retirement Age for Priests the official canonical language is that when a priest reaches 75 years, he must tender a resignation letter. Canon 538 no 3 specifically states: “A parish priest who has completed his seventy fifth year of age is requested to offer his resignation from office to the diocesan Bishop who, after considering all the circumstances of person and place, is to decide whether to accept or defer it” However, priests may also retire earlier than this age based on other circumstances. For example, ill health and incapacity. There is little or no literature on priests’ retirement or conditions under which they retire to guide comments here, but there is evidence that in many developed countries, a large proportion of priests retire before this age. For example, a document issued by Bishop Eugene J Gerber of the Catholic Diocese of Wichita (USA) in 1992 and amended in 2003, stated that taking cognizance of the “uniqueness of each priest’s aging process may demand/ suggest an earlier retirement age” .(i.e. earlier than 75). The document further states that: A. priest who has reached his seventieth (70th) Birthday is eligible for retirement. If a priest intends to retire at age seventy (70) or anytime thereafter, he must meet with the Bishop to plan for retirement at least six months in advance.” There are, on the other hand, dioceses that are under shortage of priests for the ministry that are insisting on the official retirement age of 75.

For example, Paulson reported that the Archdiocese of Boston was insisting that priests have to wait until the age of 75 to retire due to shortage of priests in the archdiocese. It was reported that it had closed nearly 20% of its parishes in the preceding five years on account of this shortage of priests.. Given the African, conditions and faster aging process in Africa, there is a strong need to consider an earlier than 75- year retirement age for the African priest. The average retirement age for civil workers is 60 years, and in special cases 65 or 70 (for university professors and judges, for example). This longer retirement age is usually on the ground that their experience mature with age and should be brought to impact on their work which requires more of mental than physical exertion. Furthermore, the current age structure of the Nigerian population shows that less than 5% reach beyond age 65. While it is may be possible to argue that priests, on average, enjoy higher standard of living than the average population and may therefore be expected to have higher life expectancy, retirement age of 70 for an African priest seems to be well justified given the difficult terrain of life and their ministry. More so because there are no shortages of priests in many African churches. If anything, vocation boom in many local churches suggests that older priests should give opportunity for younger priests to exercise their ministry, (To be contd. in the next edition).

As noted earlier, retirement of priests in the Nigerian and African contexts is a recent phenomenon. As such, many local churches are grappling with it using different experimental models. There are a number of models of priests’ retirement arrangements that are therefore emerging or being experimented in different dioceses. The following provide a brief summary. Priests in General Retirement Homes: One of the earliest of such experiments was to send retired priests to general retirement homes where old people are cared for usually by Rev Sisters of different religious organizations. For example, Monsignor Anyichie was sent to Old People’s Home in St Paul’s Amechi Awkunano where Rev Sisters cared for old people. Monsignor Cyriacus Mba was also sent to this Old People’s Home at certain point However.