Not All Sacred Music are Liturgical – Fr Daniel Eduzor

…as the Catholic Diocese of Awka holds Liturgical Music Seminar

On Wednesday 15 March 2022, the Awka Diocesan Presbyterium gathered at the Archbishop A.K. Obiefuna Retreat, Pastoral and Conference Centre, Okpuno (ABAKORPACCO), for an interactive session on Music as an integral part of the Catholic Liturgy.

Leading in the presentation, Rev. Fr Daniel Eduzor, the Assistant Secretary to the Catholic Bishop of Awka Diocese, who spoke on ‘Music in Catholic Liturgical Worship: an Aid to Active Participation’, explained that music was an integral part of the Catholic Liturgy, and as such, it must sanctify the faithful, glorify God and dispose the worshipping assembly to reverence God. 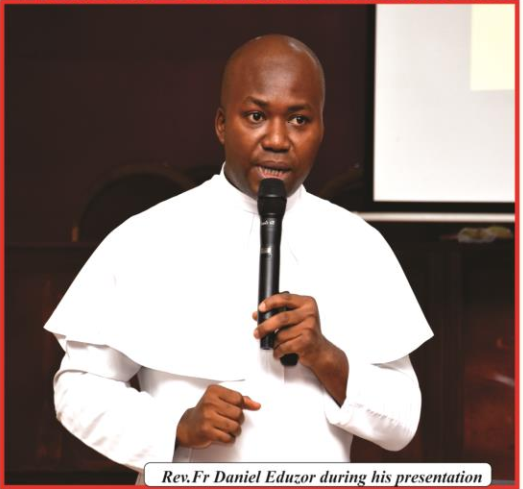 Fr Eduzor frowned at those who had converted liturgical music to entertaining songs that do not edify and interpret the holy text.

He advised priests to discourage choristers who in a bid to make the Mass lively convert the liturgical songs to entertainment and theatrical performance.

In his contributions, one of the Fides Media Facebook fans, Mr. Chizoba Diamond Ejiofor, who followed the post via Fides Media Facebook page, noted that to work in line with the teachings, the Catholic Church in Igboland should imbibe the use of a single hymn book, also advocate that before a new liturgical music was introduced, it should be taught during Sunday evening Masses or be recorded for people to have access to. 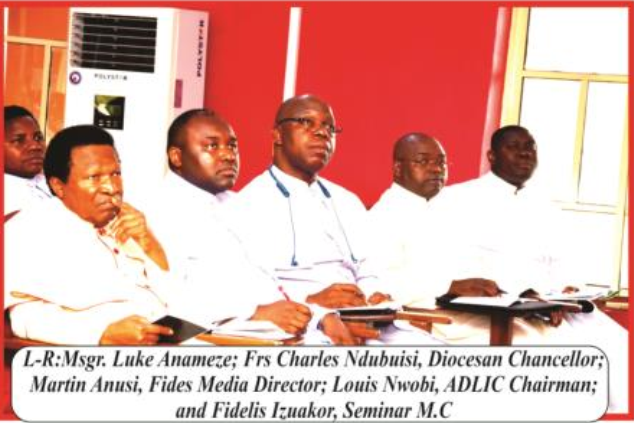 Earlier in his keynote address, the Catholic Bishop of Awka Diocese, Most Rev. Paulinus C. Ezeokafor, reminded priests that “music has the power to communicate the messages and emotions that words cannot capture”. Rev. Fr Louis Nwobi, the Chairman, Awka Diocesan Liturgy & Inculturation Commission, ADLIC, in his remarks, called the attention of priests to some aberrations that should be avoided in liturgical celebrations.

Reactions to the paper extolled the expertise and deep knowledge of Liturgical music exhibited by Fr Eduzor. His competence in music has a long history. It was discovered that Fr Eduzor was the person who composed, as a seminarian, Bigard anthem, that is, the anthem of the prestigious Bigard Memorial Seminary, BMS, Enugu. His composition was said to have been chosen amidst other compositions. 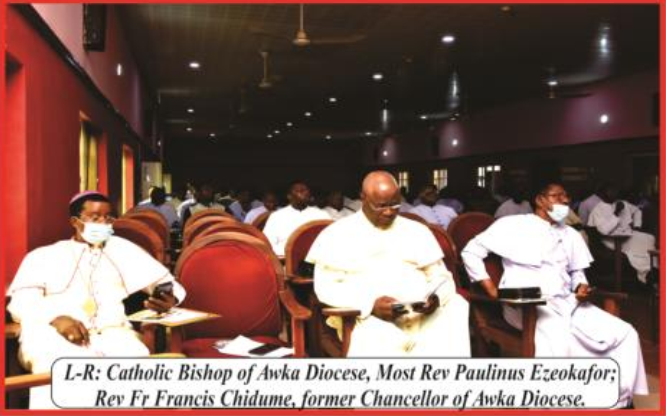