Noble Lawrence and Patricia Okonkwo  celebrated their 50th year of marital bliss amidst Thanksgiving to God for his steadfastness. 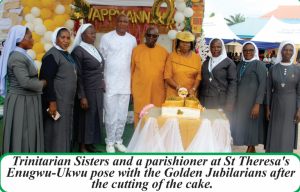 Fides gathered that the journey of the golden couple commenced on the 25th of March, 1972 at St Theresa’s Cathedral, Abakaliki, after they were joined in matrimony by Rev. Fr. Michael Okoro.

Leading in the concelebrated Anniversary Mass, Bishop Ezeokafor congratulated the golden jubiliarians for attaining the golden age in the maritial journey. He noted that young and intending couples must have things to learn from the celebrants.

Presenting the Papal blessing of Pope Francis, courtesy of the Management and students of St Theresa’s Secondary School, Enugwu-Ukwu, Bishop Ezeokafor described the celebrants as ideal and urged them to sustain the love that had kept them together for the past 50 years. 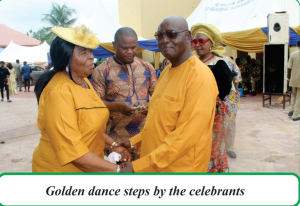 Speaking to Fides, the celebrant, who retired as the chief valuation officer at Government House in Awka, said he was fulfilled celebrating his 50th Marriage Anniversary with his wife in good health. He disclosed that he was able to attain 50 years in marriage through patience, endurance and prayers.

He advised younger couples to create a good home where they would always want to retire to after the day’s bustle and hustle, saying that endurance and tolerance were greatly required in building a home.

He maintained that the anniversary would spur him to work more in God’s vineyard and to contribute more qualitatively in the affairs of the Church, praying God to grant them more good health of mind and body. 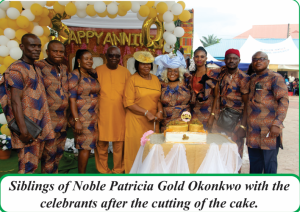 For his part, the Parish Priest of the celebrant, Rev. Fr. Jude Uba, while congratulating the celebrants, described them as wonderful people, saying that they were qualified to be addressed as ideal  couple as others could look up to them on how to live a good Christian family life. He said that the celebrants had lots of things to parade in terms of family ethics and urged younger couples to take a leaf from those celebrating their 50 years in marriage.

Contributing, one of the jubilarians’ children, Mr. Lawrence Okonkwo Jnr., said that understanding was very essential in marriage, noting that it was the ingredient that helped his parents to attain the golden age in marriage. He prayed God to sustain the celebrants in good health to celebrate more years of togetherness. 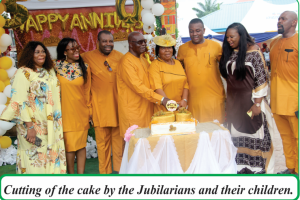 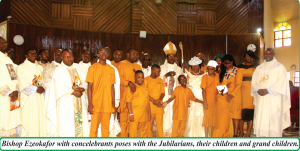 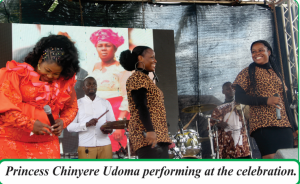 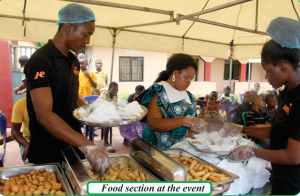 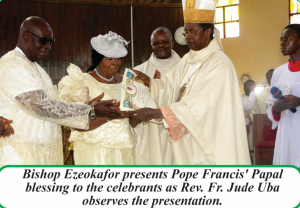 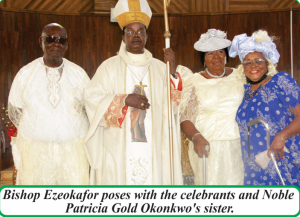 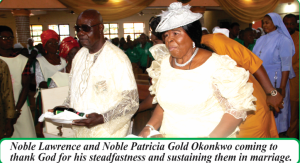