No Zoning in Ayamelum, Stakeholders Insist

Political offices in Ayamelum Local Government Area of Anambra State have been thrown open to everyone following an agreement reached by the leaders of thought in the area that the principle of zoning does not apply. According to Chief Paul Odenigbo, a key stakeholder in Ayamelum who hails from Omasi, who is also a former Secretary to the Anambra State Government, SSG, the agreement was signed and made into a document which agreed that the status quo should remain, meaning that every community should retain whatever position it held. 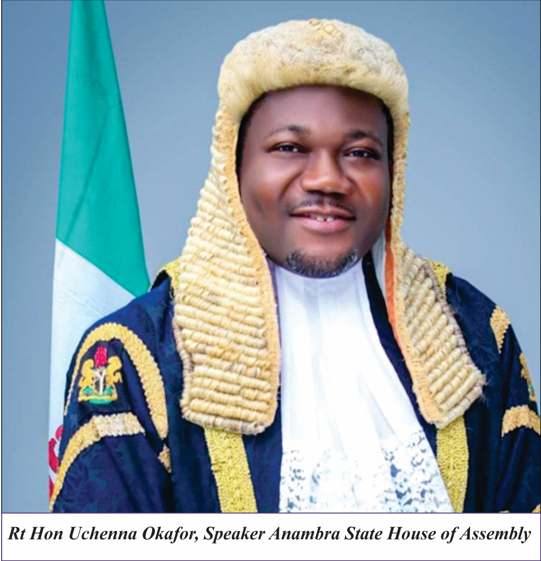 Odenigbo who was among key stakeholders of Ayamelum that addressed newsmen in Awka, Monday, said the agreement came as a result of the failure of attempts to introduce the principle of zoning among the eight communities making up Ayamelum.

Parties to the agreement include Ayamelum Leaders of Thought; Ayamelum Traditional Rulers Council; the All Progressives Grand Alliance, Ayamelum Local Government Area; as well as Ayamelum youths, among others.

Under this arrangement, the people of Omasi insist that their son, Rt Hon Uchenna Okafor, current speaker of the state assembly, should go for third term in order for him to retain his position as a ranking member and be able to continue attracting democracy dividends to the local government.

Odenigbo urged those working to scuttle the agreement of the local government to desist for the benefit of the people.

The stand of Ayamelum stakeholders on no zoning is strengthened by the resolutions reached at a meeting of the Leaders of Thought on April 10 this year in Awka to the effect that Hon Vin Ofumelu, representing Oyi/Ayamelum in the federal house should be allowed by his people in Oyi to complete his second tenure; that the issue of zoning political offices earlier agreed upon was violated by some zones in the area which had therefore made zoning null and void this time around; that discussing the issue now had become belated as many aspirants had already bought nomination forms of their parties or trying to beat the deadline for such; and that from the foregoing, the issue of zoning had been foreclosed until after the 2023 Eelections.

Following this, they said the current speaker of the state assembly should be allowed to go for third term too. He is from Ayamelum North.

He said they had not only endorsed Right Hon Okafor for another term, but that zoning no longer existed. He said zoning had never been an issue as it had never been respected and recalled that on many occasions when it was supposedly the turn of his area, other aspirants from other zones had all contested. He argued that the imperativeness of Hon Okafor returning was for Ayamelum to retain the speakership owing to his experience.

The chairman, Ayamelum Leaders of Thought, Chief Tony Chinedu, said the speaker was not endorsed alone but that after he expressed interest he was invited by them to address them following which they were convinced about his reasons for returning to the house. He said for zoning to work, all the parties must come together and put it in writing.

For Mr Livinus Onyenwe, Chairman of APGA in Ayamelum, the speaker should be Ayamelum North and1 must be allowed to complete its full tenure, pointing out that there was no zoning arrangement for the local government area as far as Ayamelum Leaders of Thought were concerned.

In their separate speeches, the immediate past Transition committee Chairman, of Ayamelum Local government area Mr. Benjamin Onyeabo and the President General of Ifite-Ogwari Town Union, Mr. Oliver Okonkwo also threw their weights behind the aspiration of Right Hon Okafor and the no zoning stand, while noting that Okafor had done well.