The Director-General, National Youth Service Corps, Shuaibu Ibrahim, has warned corps members that there is nothing like two weeks leave after the orientation course in their respective camps.

The DG announced this on Tuesday in a nationwide virtual address to corps members and camp participants, adding that members should avoid risky adventures such as unauthorised journeys, night partying, and other types of misconduct as they proceed to their place of primary assignments. 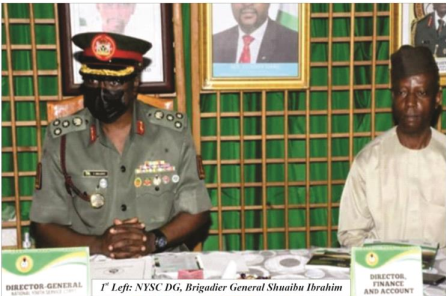 In a statement titled, ‘DG to corps members: Nothing Like Two Weeks Leave After Camp’, the DG advised them to utilise the lessons learned during the three weeks of the Orientation Course to contribute their quota to national development and also add value to themselves.

He said, ‘I want to warn you that there is nothing like two weeks leave after Orientation Course. Settle down in your places of primary assignments.

‘As you leave the camp, you must be security conscious, don’t travel at night, and don’t endanger your safety. Shun cybercrimes, drugs, cultism and don’t let your actions today haunt you tomorrow.’