Addressing the media at ANPC Complex, last Tuesday, Nnabuife gave the names of the three books as: Homeland Catalysis (More than just Anambra Narratives); Mbize (Rage of Red Earth in Igbo Land) and Nigeria Civil War (1967-1970): Holes in Our Bubbles.

According to the publisher, the books appraised and engaged, in various contexts, epoch-making events; personalities; socio-cultural and political developments; appraisal of matters of governance and leadership, as well as distinct innovative entrepreneural and environmental issues. 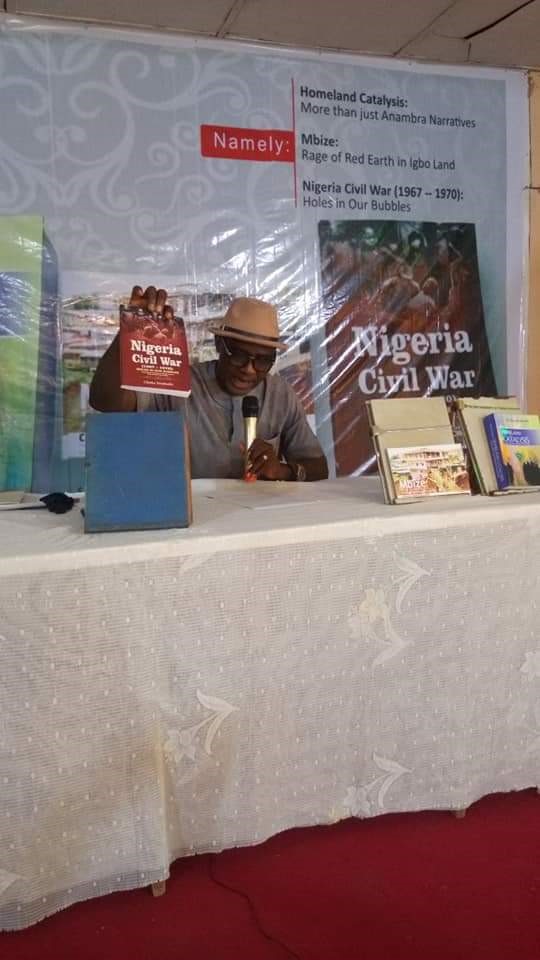 The MD/CEO ANPC boss said the books also contained critical essays and discourses on such salient issues that highpointed the last decade in Anambra State, Igbo Land, Nigeria and Africa, as the unpredictable internal security issues, economic flip-flops, and combustive ethnic, as well as religious issues.

He said there were also sections that articulated the severe impact of the war on Nigerians and Biafrans, noting that the books were incisive intellectual probes into matters of rural intervention, grassroots development in Anambra State, Igboland and other issues.

Nnabuife appealed to the general public, especially the media, to assist him in marketing and promoting his books which he described as special intellectual offerings and indelible historical preservation of shared heritage.