Nigeria’s Troubles Are Reflected in Its Football

Many tensions are simmering beneath the surface, including economic hardships and escalating violence perpetrated by insurgent groups. And then came the devastating loss against Ghana.

The ugly reaction to Nigeria’s failure to qualify for the Fifa World Cup highlighted frustrations of the nation that go beyond the disappointment of losing a football match. The response to their elimination by West African arch-rivals Ghana was immediate as home fans at Moshood Abiola National Stadium in Abuja invaded the pitch at fulltime. 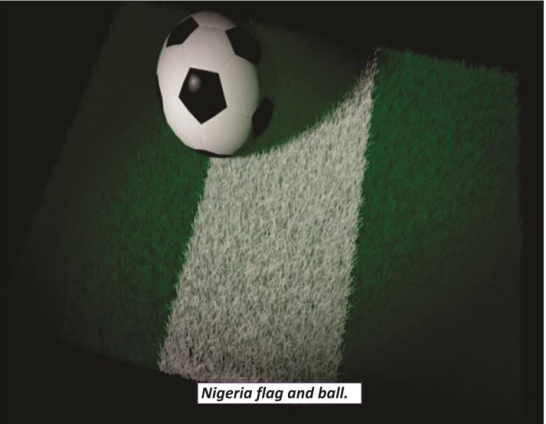 In a bid to create as hostile and intimidating an atmosphere as possible for Ghana, tens of thousands of tickets had been given out free. Businesses had been instructed to close early and free transportation was made available from various parts of the city. As a result, the 60 000-capacity arena was packed to the rafters and then some, well in excess of the available seats.

With so little access control and haphazard ticketing procedures, it was clear that it would take only the smallest spark to ignite chaos. And so it did.

The irate crowd left mayhem and destruction in their wake, ripping up the goalposts, benches and seats and hurling plastic projectiles at the tunnel area as players from both teams made their way back to the dressing rooms. Vehicles parked outside the stadium had their windows, wing mirrors and lights smashed. Local media reported attacks outside the ground too, with some fans having their cellphones and wallets stolen.

The pitch invasion and acts of vandalism, which were beamed all over the world, are better understood in a broader context than football. While the disappointment was a crushing one, the reaction was more a manifestation of frustrations about various socioeconomic and political realities in Nigeria, with the game’s outcome serving as a lightning rod.

‘Vandalising and destroying sporting infrastructure at the national stadium is not acceptable regardless of unhappiness. The Nigerians who did this must be condemned,’ said Minister of Youth and Sports Development Sunday Dare.

‘When I watched the clips and after I inspected the damage, knowing the work and the amount of efforts and resources that have gone into resuscitating the edifice, both from the private and public sectors, it was just very saddening.

‘In a single day, I was weighed down by our missing out on the World Cup and then the vandalisation, a very sad development. I saw a number of young persons destroying valuable items in the stadium. Obviously, as Nigerians, they have a right to be disappointed. But they do not have the right to destroy public property in which monies from taxpayers and funds from patriotic private individuals were invested. No excuse can be advanced for destroying infrastructure put in place to fix infrastructure gaps.’

On the day of the Super Eagles’ elimination on 29 March, Nigerians woke up to tragic news. The night before, a train from Idu, a satellite town in Abuja, the nation’s capital, came under attack from armed insurgents while on its way to neighbouring Kaduna. According to reports, the assailants set off explosives on the tracks to immobilise the train before opening fire for over an hour, killing at least eight people and injuring scores of others. The whereabouts of dozens of passengers who were kidnapped are still unknown.

The attack stunned the country not just because of its scale and brazenness, but because it was the latest in a long list of insurgent activity going back a decade. With general elections just over a year away, the violence has ramped up perceptibly.

In January, armed gunmen killed over 200 people in Zamfara state in the northwest in retaliation for a military raid on their compounds. In the northeast Boko Haram holds fiefdoms, and in the north-central parts of the country confrontations with herdsmen have led to losses of life, land and livelihoods for local farmers.

This is the reality Nigerians have had to live with, even though the present administration came to power on the promise of ending the insurgency and improving the security situation. Unsurprisingly, it has caused fear and resentment to simmer among citizens, and it’s been made worse by rising unemployment, fuel shortages and an economic downturn.

Double-digit inflation has driven food and commodity prices through the roof, further placing strain on a population of at least 216 million, of whom more than 90 million live below the poverty line. The World Bank projects this figure to rise to 95 million by the end of 2022.

Against this background, it’s worth noting that support for the national team is probably the one thing that pulls Nigerians together irrespective of ethnicity, religion or politics. “This game against Ghana came a day after one of the worst terrorist attacks in living memory happened on Nigerian soil,” said Cheta Nwanze, head of research at the risk consultancy SBM Intelligence in Lagos.

“This is an attack that affected people in the high end of society, for want of a better word. And for the first time in my life I didn’t bother to watch the match and actually wished that the Super Eagles would lose, because we have more important things to focus on. Nigeria has broken down security-wise. I work in an organisation that tracks security incidents in the country and I can tell you without any fear of contradictions that things are really bad.”

Nwanze said football is used too often to paper over the political cracks in the country. “We saw this during the last Afcon [Africa Cup of Nations]. Nigeria is a perennial semifinalist at the tournament, yet the moment they qualified for the second round all sorts of government officials, including the central bank governor, began to try to use the Super Eagles to play politics. They try to use them to distract from the problems we are facing back home.

‘A World Cup in Qatar would’ve seen more of the same as they would’ve kept trying to use the football team to distract from their political failures. For me, that’s a no-no. Let the Super Eagles stay at home so that we can focus on what is truly important, which is the lives and security of the average Nigerian.’

Nigeria is Africa’s most populous nation, its biggest economy and its largest oil producer. But many citizens live in poverty, especially in the mainly Muslim north, where the insurgurgency is also worsening. Meanwhile, President Muhammadu Buhari’s government is plagued by allegations of mismanagement. In addition to the rising public debt, inflation and unemployment, the country has struggled to deal with violent unrest, killings and kidnappings in the southeast.

Elsewhere, the growing frustration among the middle class is pushing people to emigrate. Seven out of 10 Nigerians are willing to leave their country if given the opportunity, according to a report published in 2021 by the Africa Polling Institute in Abuja. In 2019, the same poll showed that only 32% of Nigerians wanted to leave.

The trouble in the stands and on the pitch before and after the game in the capital tells the story of discontent among the populace. “The general discontent with the abysmal quality of governance in the country certainly played a role,” said African football journalist and commentator Osasu Obayiuwana.

‘It was not just about the defeat, as painful and needless as it was. It’s a mixture of criminality, vandalism and anger with the government. People are unhappy and football is generally regarded as the opium of the masses.

‘Africa’s richest businessman, [Aliko] Dangote, just refurbished that pitch, so for the first major game there to end in disaster is horrendous. There are many unanswered questions. Where were the match stewards? Why were people let into the stadium for free, even after tickets were issued? Why was there overcrowding in the stadium?’

Without question, Nigeria is one of Africa’s biggest and most successful football nations. As three-time African champions, the first African nation to win football gold at the Olympic Games and, with five titles, the most successful country at the Fifa Under-17 World Cup, it has trophies to back up the claim. Throw in its 11 titles at the Africa Women Cup of Nations and the nine titles in the U-20 African Youth Championship, and you get the picture of a nation that has consistently been in the top tier of African football.

Beyond Africa, the Super Eagles have played at six of the past seven World Cups since qualifying for the first time in 1994, missing just the 2006 edition in Germany. Yet the country’s football has been plagued by the failures of the Nigerian Football Federation (NFF).