The growing insecurity in the country is slowly but steadily getting to an alarming stage, with the likelihood of crippling many sectors of the country’s economy. But there’s another dangerous implication. Schools in the country may be forced to shut down owing to the abduction of students across the country, thus creating the possibility of many dropping out of school.

Indeed, the rate of insecurity in the country has so risen that citizens now live in fear, especially students of various institutions across the country who have suddenly become targets of kidnappers. This has caused anxiety among students and parents, as well as stakeholders in the education sector. 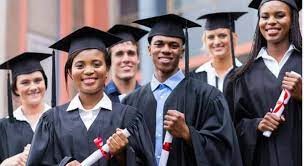 Just last week, some ABSU (Abia State University) students who were on an academic transit were abducted by gunmen. These students are only studying for a better tomorrow and many of them are carrying the hopes of their parents going into the future. But that future may soon be truncated if the spate of kidnappings continues as it has the potential of torpedoing their education, leading to many abandoning school. This may be especially so in areas like the north where education does not appeal to many.

Not too long ago too, some students were kidnapped in Kaduna State right in their institutions.

Back home in Anambra State, the menace seems to be coming closer home. A few weeks ago, the state witnessed the slaughter of a Fulani family in Igbariam which caused students of Chukwuemeka Odumegwu Ojukwu University, COOU, to run helter-skelter in the early hours of 26th April. Students living in the lodges near where the corpses were found expectedly fled out of fear of a retaliatory attack by the kinsmen of the slaughtered family.

Although the incident had not affected academic activities in the institution, many still fear that a retaliatory attack will come, no matter how long.

The bottom line of all these happenings is that many students may be forced to drop out of school, especially in areas where going to school is still not taken seriously. It may also extend the number of years such students may stay in school due to constant closures.

These students represent the future of the country and for that future to be assured, something needs to be done immediately to check this menace.

Government and all stakeholders are thus enjoined to come up with measures to keep the students safe and focused on their education.