The President, FC Ebedei, Barrister Churchill Oliseh, has stated that the challenges confronting football development in Nigeria are too numerous and beyond the capability of the Nigeria Football Federation (NFF).

Oliseh said these problems would persist until a regulatory structure and framework are properly put in place.

He stated this in Osogbo during an interactive session with the Sports Writers Association of Nigeria (SWAN), Osun State Chapter at its monthly guest appearance programme tagged: ‘Stakeholders Forum.’

According to Oliseh, the nation football governing body, NFF, has been treating symptoms of the ailment and not the ailment itself, adding that these problems would perpetually remain at apogee until the NFF takes a holistic look at them, identify these problems and approach them with corresponding solutions. 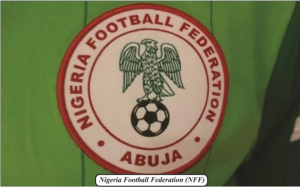 The renowned football players’ agent said: “You cannot continue to do the same thing the same way and expect a different result. This is why there hasn’t been concrete development in our football sector and why we struggle to raise a formidable team for the nation.’

Speaking further, Oliseh, a former goalkeeper of Brewery Limited Ilesa said many clubs in Nigeria don’t have a framework or purpose of their establishment. ‘This is why only the clubs owned and financed by the government thrive and are able to sustain the tempo.’

He added: ‘Nigeria teams lack proper structure. We can’t meet up with the global standard with the way football clubs are managed in Nigeria. In Europe, not all teams are fighting to win trophies and they are making money. The reverse is the case in Nigeria as the focus of most teams is to win the league.

‘When you look at the amount given the league winners in Nigeria, it’s far below their expenditure in a season. So, where is the return on investment? What is the gain? Until this is done, clubs will continue to be having challenges.’

The elder brother of former Super Eagles captain, Sunday Oliseh, urged whoever becomes the next President of NFF to take the bull by the horn and restructure football sector so that Nigeria can belong to the class of elite in the football world.