Nigeria’s sports record in 62 years of nationhood does not present an attractive data. The major problem, according to some critics, has been inconsistencies in policy implementation. It is an ugly trend that has seen Nigerian sports remain stunted over the years. Blessed with a youthful demographic profile with a lot of potential, Nigeria certainly deserves better in terms of results.

Nigeria first participated in the Olympic Games in 1952, and has sent athletes to compete in every Summer Olympic Games since then, except for the boycotted 1976 Summer Olympics. The nation participated in the Winter Olympic Games in 2018, having qualified female athletes in Bobsleigh and Skeleton. Nigerian athletes have won 3 gold, 11 silver and 13 bronze medals, making a total of 27 medals. Not an attractive record, by any sporting standard.  Despite that, Nigerian sports have recorded some iconic moments in the country’s long and checkered history.

Nigeria first announced her entrance into the international sporting arena at the 1964 Olympics through Nojeem Maiyegun(Boxing) who won the country’s first Olympic medal, a bronze. 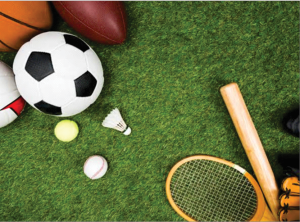 This was followed by another bronze medal from boxing, at the ’72 Olympics in Munich by Isaac Ikhouria. Nigeria’s Olympic history changed in 1996 when Chioma Ajunwa won the first individual gold medal for the country through the women’s Long Jump event. At the same Olympic Games, Nigeria won the first soccer gold medal by an African country. The Dream Team defeated high ranking football nations like Mexico, Brazil and Argentina in the final.

In 2016 in Brazil after winning the bronze medal in soccer, Nigeria became the first African country to win all three medals in the football event. The team won gold in 1996; silver in 2008, and bronze…

Hogan ‘Kid’ Bassey became the World Featherweight Boxing king in 1957. Hogan Bassey was the first Nigeria-British born boxer to become world boxing champion after he shed his blood to win a featherweight bout in 1957 in Liverpool.

Richard “Dick Tiger” Ihetu, on the other hand was a world champion in two different weight categories. He was awarded a Commander of the British Empire Award, for his success as a world famous boxer in the middleweight and light heavyweight boxing champion of the world. Those two were the pioneers of modern Nigeria sports history.

In 1979 one-time national champion Davidson Andeh, became the first and only Nigerian to win the World Amateur Lightweight boxing championship belt against a Russian opponent, in Belgrade, Yugoslavia.

Nigerian boxers were celebrated in both the amateur and professional ranks, both in Commonwealth and the All Africa Games. The likes of Abraham Tonica, Hogan Jimoh, Ngozika Ekwelum, Obisia Nwankpa, among others. Obisia had a shot, albeit unsuccessful, at the world Super lightweight title, then held by Soul Mambi of the United States.

This is one sport Nigeria enjoyed a glorious past. Professionally, one could recall the likes of Nduka Odizor, David Imonite, etc. Odizor getting to the quarter-finals of Wimbledon.

Athletics have given Nigeria the most medals in the Olympics, 2 gold, 5 silver and 7 bronze medals. Names like Innocent Egbunike, Chidi Imoh, Olusoji Fasuba, Sunday Bada, Yusuf Ali will remain indelible in the annals of Nigerian sports.

The quarter-mile relay quartet at the 2000 Sydney Olympic games – Sunday Bada, Jude Monye, Clement Chukwu and Enefiok Udo-Obong did not win their final race but 12 years after one of the American runners was disqualified following a failed dope test. The quarter milers were awarded gold despite silver finish in the 2000 Olympics

Sunday Dare, current Minister of Youth and Sports Development has been very successful. Although his reign has been tainted with the Pumagate, the disgrace in Tokyo and the scandal which saw 12 Nigerian athletes barred from participating in the Tokyo Olympics.

Of late, however, athletics have dominated Nigeria’s medal haul at international meets. The minister may have learned from his mistakes and pursued his ideals with conviction. Dare pursued ‘the adopt a talent policy which has led Nigeria to her best year in sports with Tobi Amusan and Ese Brune leading this charge.

Tobi Amusan is the first Nigerian athlete to become a world champion. Apart from winning gold medal, at the worlds Athletics Championship. Amusan helped herself with a new world record in the Women’s 100m hurdles. The New World Record of 12.12 secs, was certified a few days ago by the World Athletics. Apart from the World Championships, Amusan also won the Commonwealth 100m Hurdles and the Diamond League to cement her place in the annals of world athletics. It would be safe to say the 25-year old Amusan is Nigeria’s best athlete ever.

Ese Brume, on her part, is a well accomplished Long Jumper. Commonwealth Champion and silver medalist in the World Athletics Championships. Brume’s stock has been on the rise. She is one of the best in the world, in her event.

In pro-wrestling, Nigeria had a very busy and productive past. Michael Okpala, alias Power Mike, Dele Bamidele, Power Uti, Tony de Destroyer, etc. It was Power Mike who brought the likes of Mighty Igor to Nigeria.

Nigeria has had the good and bad times in table tennis. Aruna Quadri was named the International Table Tennis Federation (ITTF) star player in 2014. He was also voted the Best Male player ahead of then world number one, China’s Xu Xin.

One of the few sports that have brought so much joy to millions of Nigerians. In Africa, Nigeria got out of the shadows of Angola and stamped her authority in the court with flair and purpose. With continental titles in both male and female categories the country has had very impressive outings at the FIBA World Cup and the Olympics.

However, due to leadership crises in the Nigeria Basketball Federation the sport’s steady progress has suddenly halted. It was even made worse by the ill-advised withdrawal of the country from international basketball by the Minister of Sports Mr Sunday Dare. Although that decision has been reversed, it deprived D’Tigress of going to the World Cup in Australia.

The hottest federation in the country is the Nigeria Football Federation, formally known as NFA.

In 1980, Nigeria won her first senior continental title when the Christian Chukwu-captained Green Eagles won the Africa Cup of Nations in Lagos. Since then, the Eagles have won the tournament twice; 1994 in Tunisia and 2013 in South Africa.

The Super Eagles made 1994 special when they qualified for the USA ’94 World Cup at the expense of Algeria. The squad went on to give Nigeria and Africa the boldest representation by any first timer. The Super Eagles were eliminated by eventual finalists, Italy but returned home with their heads held high. The team was considered good enough to be ranked 5th  best national football team by FIFA, the first by an African team and none has attained that feat since.

Nigeria also won the Olympic soccer gold medal in 1996, a silver in 1998 and in 2016, Samson Siasia led a group of young players to finish third best in Brazil.

The country’s age grade teams have been excellent at FIFA-organised competitions. Till date, the Golden Eaglets of Nigeria remain the most successful team in in the history of the FIFA U-17 World Cup with five titles. In the 2015 edition, Victor Osimhen emerged the highest goal scorer. The lanky forward set a record of scoring 10 goals to win the Golden Boot. He also won the Silver Ball award. He has since become an established forward for the Super Eagles and Serie A club Napoli. Osimhen eclipsed Macaulay Chrisantus’ record of 7 goals in the U17 tournament in 2007 where he emerged the top scorer.

In Women’s football, the Super Falcons have been the most successful national team in the whole of Africa. The team have won the African title a record-11 times. The Falcons have also been to every FIFA World Cup since inception of the Women’s World Cup in 1985. The team is also the only Women’s national team from the Confederation of African Football to have reached the quarterfinals in both the FIFA Women’s World Cup and Football at the Summer Olympics.

The Falconets and the Flamingos, too, have also had excellent outings both in the continent and at the World Cup.